After I've hyped him for months, it was time to open a thread dedicated to this fantastic young player.
You can't believe he was   born just in April 2000 ( What were you doing in April 2000? Personally I was playing to Fifa - for last time in my live -  because at least Ronaldo wasn't injured there).

Physique and technique,  versatile left-footed player who is capable of doing a lot of different things on the football pitch. He plays as a veteran.
Basically in his first professionistic year he is leading alone a team built for the relegation battle.

He has said that his preferred role is as a number 10, behind the striker, but his skill set offers so much more.

For those of us who have watched Parma this season have been witnessing that he can, to put it mildly, handle the right winger position in a 4-3-3 as well.

In addition, he’d for sure have no problem at all managing a box-to box midfielder and tbf it's the role where I can imagine it better a day.

Robes opening the hype thread just when Inter is gonna sign him ffs.

Eheheheh we're linked with him but nothing of official  (moreover I think it's impossible to sign him in January, at max for June)
Anyway Serie A thread can testifies that I 've begun to talk about him after his first matches ( Parma-Torino 3-2 to be exact) and no mercato rumours were  on him at that time . It was enough to watch it.
Anyway I had listened to talk about him also during Primavera season , and I've seen last year where he decided the match against Inter.
His name was popular, but of course who could imagine this his impact on first professionistic season...

He is an excellent talent. Very daring and technical winger.

Very mature for his age, technical, insane workrate and always know exactly what to do even if it's less flashy play. Atalanta will try to keep him but wont be easy, sadly Parma wont be able to get him permanently now. Report said it's done deal with Inter for 35 mil, that's an instant yes from Atalanta.

The only problem is how he can play in less counter attacking him, Parma has a perfect system for him where him and Gervinho just unleash run after run and having Gervinho instantly pull 2,3 players away.

Of course it's Juve

First right on any good talent in Serie A


Good, may your suffering continue as God intended imo

Thats it for the NT then.

He probably won't play at Juve. Should've gone to Inter

Thats it for the NT then.

He probably won't play at Juve. Should've gone to Inter


We are very much in need of creativity. If he continues this path, he will play. I hope he can be a mezzala, would be ideal to pair him with Bentancur so we never have to see Matuidi again. If Bernardeschi doesn't get his head straight he can also be his direct replacement.

I'm excited, hope this deal is real and goes through.

We play 4312 until we dont anymore. This half season started with a 433. We have used the front 3 of Dybala, Higuain and Ronaldo for about 5 matches or so. IF that is the way forward, there are still plenty of minutes to rotate these players, and the mid 3 behind them. A 19 year old cant expect to be a starter at Juve ahead of those 3, Bernardeschi, Costa and Ramsey. Doesnt mean he wouldn't play. The latter 2 are usually injured though so there is space to be filled.

There will be plenty of opportunities for good young players, like with Bentancur, De Ligt, Demiral, Bernardeschi, Kean in this cycle.

Had his medical today 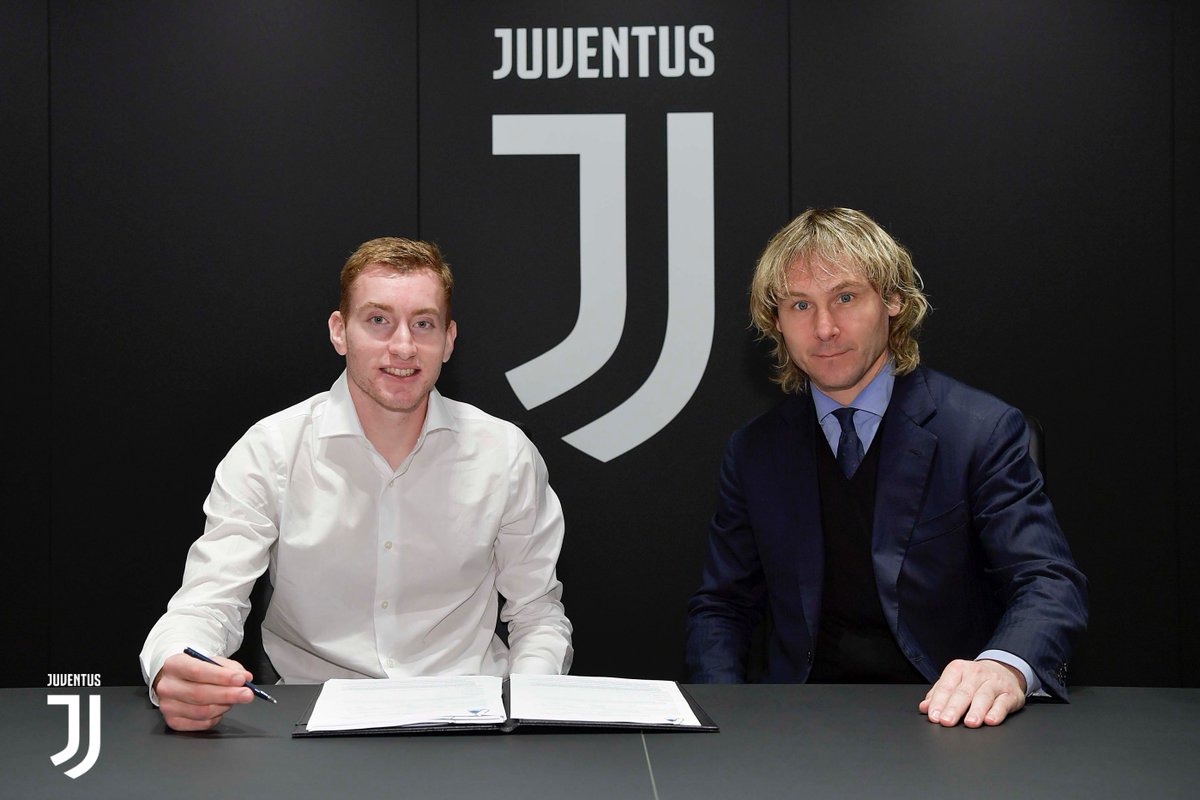 I see he is already preparing his role at Jjuve: sitting down on a chair with a dumb expression on his face.

nedved looks like he should have been in lord of the rings tbh.

Honestly it seems a Dark episode.
Future and past in a pic.
He 's next Nedved
More "elegant" , less  physical force but honestly I think he's that type of player

And I deny with it what I had  written on thread on December
Perhaps I thought he could be another type of player
Probably I wanted to believe it because we were looking for a midfielder  and he seemed our target... and I hoped to get him and coniugate class to usefulness

But honestly after I've observed him for months, I don't think he 'd work as   midfielder box-to box
He is : an offensive player that has to play around a CF.
He's going great as winger but he could be good also as CAM

Of course he must still develop tactically, I mean Parma is a team built for counterattack and he gives his best under this type of gamestyle .. never played differently so far.. but he is just 20 years

Same, I want mezzala to be his best role because that's what we need most, but in his recent Parma performances he looks perfect upfront.

I hope he can express this talent at Juve with tighter spaces and more responsibilities. In any case it seems Paratici and co. made a great bet by signing him early.

Another thing, as he was owned by Atalanta, it makes me wonder what if Atalanta didn't sell him to us already? he would be a beast under Gasperini as Ilicic's understudy.

Even better in this last period, he is changing every match for Parma.

Reminds me of Dybala's season at Palermo before we signed him.

Even better in this last period, he is changing every match for Parma.

Reminds me of Dybala's season at Palermo before we signed him.

My scouting of him has been artificial, through highlights and websites only, but yes he seems very legit.

We secure a top prospect who can replace Bernardeschi and maybe play in midfield ? Whatever he will integrate well. A bit of creativity and quickness certainly will not hurt.

Refuse to scout let alone even acknowledge him until Devi does if not a post a a thread of Kulusevski talking about Juventus sometime 3 years ago.