Also, you'd think that you'd learned the lesson after Lazaro

the player that would be of use probably is Grujic, but for that you'd have to deal with Liverpool

Goreztka before and after lockdown, apparently

Did he find a time machine?

Sancho is having a poor game against Paderborn. I would’ve expected him, and the rest of Dortmund, to have a field day against a team like this.

Worst half I’ve seen from Dortmund, ever. Lethargic and uninspired from top to bottom. Maybe the last match against Bayern had a mental impact on them.

Much better second half. Two simple goals from Dortmund. Sancho celebrates by exposing a shirt that says «justice for George Floyd».

Paderborn pull one back with a handball penalty

Dortmund looked dominant in the second half. Showed more energy and actually started making use of their chances. Paderborn were made to look like a Sunday League team. Sancho scores a hattrick.

Looks like Paderborn will drop down to the second tier.

Jonathan Wilson wrote:The rustiness on display in Germany since play restarted shows how valuable regular drilling is but Dortmund v Bayern was an overtly modern game of exceptional quality

All sporting events have their myths, the useful narratives hung on them as the flags are lowered on the final day and we have to work out what the past month, all that effort, all that emotion, all that money, was for. Remember how the 2012 Olympics in London brought us together as an open, multicultural nation inspired to a more active future? The 2006 World Cup, we were told, was about the patriotic celebration of a new Germany. And perhaps it was.

However immersion in the Bundesliga over the past three weeks suggests the most tangible legacy was the wholesale adoption of pressing.

It is hard to believe that even 20 years ago Germany was a footballing culture sceptical of pressing. That when the then Hoffenheim manager Ralf Rangnick tried to explain zonal marking on television he was dismissed as a boffinish crank. That the grand old men of German punditry insisted the game was all about character.

Then, as the national team of Jürgen Klinsmann and Jogi Löw reached the semi-final playing bright modern football and Jürgen Klopp explained it all on TV, the nation underwent mass revelation.

German football presses now with a convert’s zeal, to the extent that much tactical discussion focuses on variations of pressing. At Borussia Dortmund, Lucien Favre’s style is broadly accepted. What is questioned is whether he has the psychological edge in the biggest matches, a return of the concerns of the old-school pundits within a context that takes pressing as a given.

It’s not only pioneers such as RB Leipzig’s Julian Nagelsmann and Borussia Mönchengladbach’s Marco Rose, whose side are in action on Sunday, along with Borussia Dortmund. Every game is highly percussive and attacking. Bayern Munich’s victory over Dortmund on Tuesday was not only a tense title decider, it was also an overtly modern game of exceptional quality.

German coaches, or those with Bundesliga experience, seem the most forward-thinking and innovative in the world. Klopp is at the forefront of that. Liverpool’s victory in the Champions League last season confirmed the pre-eminence of that style of play at elite level.

Of course, it’s a little more complex than that. If they need to, Liverpool – or Bayern, or Dortmund, or Leipzig – are capable of holding possession. Pep Guardiola’s sides have always pressed and countered and the Manchester City manager himself has become more direct over the past decade. But still, the basic principle remains: Klopp would never talk, as Guardiola has, of how it takes 15 passes – if an immediate counter isn’t on – for his side to set itself.

And so one of the basic dialectics that seems to govern tactical evolution – attack v defence, individuality v collective organisation, possession v position, and, here, physique v technique – swung back again. How else, after all, could a deft touch, precision passing and astute movement be overcome but by devising a means of playing harder and faster (and smarter) to win the ball back?

Which is fine for the club game. But to press like Liverpool, Leipzig, Dortmund or Gladbach is very difficult, if not impossible, without regular drilling. It’s been notable since the resumption how defences in the Bundesliga have struggled, as if the Covid lay-off and subsequent restrictions on training have disrupted their coherence and they’re having to refamiliarise themselves with the organisation that is usually almost instinctive.

International teams almost never have time to gain those levels of mutual understanding, which is why club and international football increasingly seem different games. That perhaps explains how Portugal were able to win the Euros and France the World Cup without aggressive pressing and without adopting a particularly complex pattern of attacking play.

“Football is constantly evolving,” Gérard Houllier says in Matt Spiro’s new book, Sacré Bleu. “Spain had a philosophy that worked. In 2014, Germany took the best out of the Spanish possession game, and they added in their own physical, powerful qualities. France added speed. Back when Spain dominated, we thought you needed 70% of the possession to win, but France showed you can be dangerous with only 30%.”

Spain in 2010, with a side drawn largely from Barcelona, played a pragmatic variant of guardiolista football, one that used possession as a tool of attrition. Germany in 2014, with a side drawn largely from Bayern, arguably weren’t quite as good as they had been four years earlier when Spain had ground them down in the semi-final, but were highly effective at counterattacking (Löw feels almost old-fashioned by modern German standards). France’s success in 2018 was largely the result of a solid defence (despite the chaotic 4-3 win over Argentina and the 4-2 victory in the final) and the lighting pace of Kylian Mbappé.

Whether that constitutes evolution is debatable. That France side had no basis at one club and was not in any sense a reinterpretation of a pre-existing style for international football. Didier Deschamps’s achievement, as Spiro’s book makes clear, was to rebuild after the disgrace of the player rebellion in 2010 and Laurent Blanc’s subsequent gaffes, fostering a cohesive squad with genuine spirit.

In part, that was achieved by jettisoning various members of the talented but troublesome Génération 87, players such as Karim Benzema, Hatem Ben Arfa, Samir Nasri and Jérémy Ménez, something that wasn’t necessarily an issue of character. “We did too much technique with them,” Houllier suggests. “We needed to adjust our training methods, become more like the Spanish by focusing more on collective training exercises and collective play.”

And that, perhaps, is the greatest change over the past 10-15 years. At its best, football has become more team-based, both from an attacking and a defensive point of view. That is the essence of both Guardiola’s work on positioning and Klopp’s pressing strategies. But still, Deschamps’s success came with nothing more complex than basic counterattacking.

There is no discernible French school. It is not insignificant that the only French manager in one of Europe’s top four leagues is Zinedine Zidane (which is still one more than there are English managers working at elite foreign clubs).

Germany may have gone out in the first round of the last World Cup but the Bundesliga represents the avant-garde. Watch Rose’s Gladbach or Favre’s Dortmund on Sunday afternoon: that is modern football.

Werner makes it 3-1, Leipzig coming back from an early 0-1

I've never really understood why a teams style of play is labelled as outdated or useless just because they don't win a trophy for a year or two. Of course there will always be areas where they can improve or evolve, but no philosophy is going to guarantee a clean sweep of all trophies every season. A lot of it is about who turns up on the day.

Gladbach looking aggressive and dangerous from the start 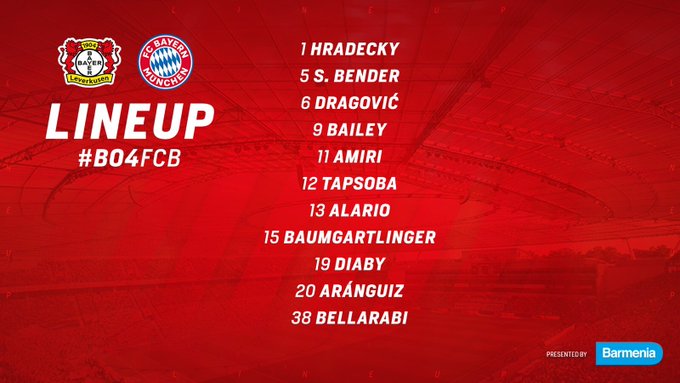 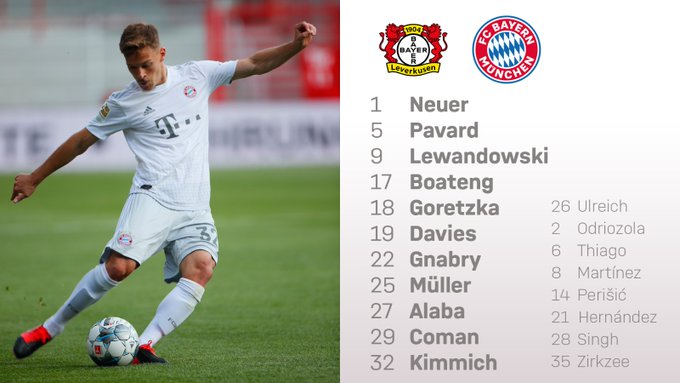 Bayern looking like dog shit against a good side?

thanks for contributing. Aren't you a Chelsea fan though? What about that then?

@Hapless_Hans wrote:thanks for contributing. Aren't you a Chelsea fan though? What about that then?

great steal and assist from Goretzka

Bellarabi gets himself that yellow card at last

has been hacking at Phonzie all game, and then tried to start a brawl with Kimmich as well

meanwhile Coman and Lewa got both booked for nothing at all

fuck me Gräfe having a shocker today

Yesterday at 11:12 pm by Hapless_Hans

Yesterday at 8:09 pm by Kaladin