Myesyats wrote:Listen I dont know where you live but I'm sure there are resources and facilities around where you can seek help and finally make a change. Remember you are not alone, you are a survivor. Take that with you and go out into the world. If you are being molested by your uncle, dial 1-800-273-8255. Talk to somebody. Don't suppress your anger by making insulting posts on the Internet.

Pretty sure you know all about that... does he have similar facial features as Neymar?

If whatever we write applies to ourselves, you're a "thick idiot who was dropped as a kid, lives in his mom's basement and doesn't take his pills". Which I assume is spot on.

Is he really SuperFloren ? Back in the day he was writing crazy stuff but never to this extent. used to love read his threads :ROFL:

Valkyrja wrote:Is he really SuperFloren ? Back in the day he was writing crazy stuff but never to this extent. used to love read his threads :ROFL:

I refuse to believe that. Floren's posts were always characerized by his broken English, irony, and a hate towards Barca that was so hysterical, that you couldn't take it seriously. He occasionally had beef with some posters, but it was more of the banter sort. I assume whoever suggested he is Superfloren, said so in jest - because there's nothing similar about them.

Floren never said anything personal to anyone and it was all characterised on the context of banter and context to football, rather than try-hard edgy ad-hominem to which has little to do with the topics themselves.

You guys give trolls all the attention they ask when they come here and then you complain when they post. He is a clear troll trying to wind up people and you guys fell for it head first. Just ignore or put him on your ignore list lol

To be fair, PSG does need Neymar more than Barca needs him. The man just needs to get his mind sorted out and remember he is extremely good at this thing called football.

A 92 min bicycle kick winner after being booed, insulted all game in his own stadium?

don't think I've ever seeing any more clutch scissor kick all my life tbh. Man is a proper ALPHA

BTW, Neymar scored that bicycle kick with his weaker foot

Inject it in my veins ffs

Wasn't exactly a bicycle but seeing him get booed all game and scoring the 90th minute winner was actually pretty funny.

Just saw the goal, what a beaut!

That must've been so awkward for PSG fans to celebrate the goal after whistling the man for 90 min straight.

Really glad he didn't sign for Barça. What a terrific player!

Barcelona want Neymar back and President Bartomeu has already designed a defined proposal. Antoine Griezmann and Ousmane Dembélé would enter the operation. [cuatro]

Expect some crazy signings this summer or Bartomeu loses the election next year.

So you are starting this up again! I expect many ups and downs from you all summer and at the end no Neymar movement. There is no way will allow both Neymar and Mbappe to move plus there are more signs that Mbappe will be the one to leave. 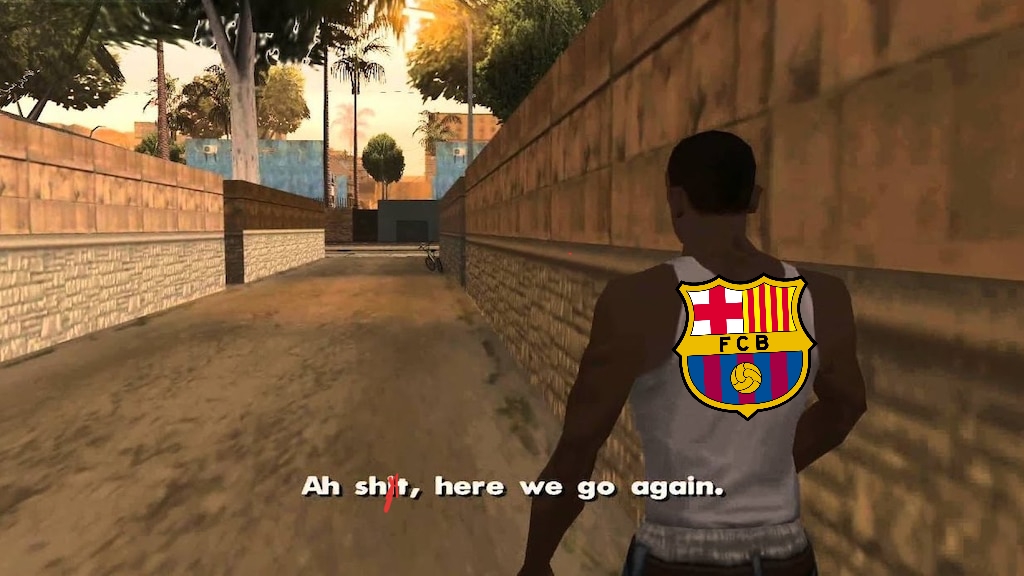 futbol_bill wrote:So you are starting this up again! I expect many ups and downs from you all summer and at the end no Neymar movement. There is no way will allow both Neymar and Mbappe to move plus there are more signs that Mbappe will be the one to leave.


Mbappé won't be coming to Madrid this summer. Willing to take this to the betting thread if you're interested.

futbol_bill wrote:So you are starting this up again! I expect many ups and downs from you all summer and at the end no Neymar movement. There is no way will allow both Neymar and Mbappe to move plus there are more signs that Mbappe will be the one to leave.

there have definitely been way more signs of neymar leaving than mbappe. In fact, you can basically pencil in neymar at Barca at this point

That's pretty much it, PSG have decided to switch their strategy to convince Mbappe to stay by building the club around him. They will offer him a contract bigger than Neymar's, so over 35 mil net.

That's what they are looking for, not that Mbappe will agree but PSG don't intend to let both Neymar and Mbappe leave the same summer. So expect them to ship out Neymar next year and they will have one more season to convine Mbappe to agree to a new deal or they will sell him with a year left on his deal in 2021 ( unless there is an extension)

Mbappe isn't signing an extension. Book it. He can't stand Tuchel... which is clear. But he also apparently likes Leonardo even less.

He'll likely come out with some public statement after the season saying thank you to PSG but it's time for a new adventure... or something like that.

There's also a big wild card for PSG. Mbappe's entourage has allegedly said that he would not accept a contract extension with any club if he were sold next summer. He would want to leave on a free by waiting another 12 months and ask for a 100-150 million signing bonus since there would be no transfer fee.

PSG can keep him and lose him for free or sell him this summer. Those seem like the options.

"In Brazil we are taught to care only about money but in Europe they have a different mentality. Unconsciously I made a career plan because I wanted to go to another big club in Brazil, and not to just play for sport. I was taught to go to who would pay me the most. That is the Brazilian way."

"Look at Neymar. He moved to PSG just because of money. PSG gave everything to him, everything he wanted, and now he wants to leave before the end of his contract. But now is the time to give back, to show gratitude. It’s an exchange, you see. Neymar needs to give everything he can on the pitch, to show total dedication, responsibility and leadership. The problem is that the establishment in Brazil has a culture of greed and always want more money. This is what we were taught and what we learned.”

So is Neymar at fault here, or the Brazilian society? “It is simply what he learned. I need to differentiate between Neymar as a player and Neymar as a person. As a player, he is in the top three in the world, at the same level as Cristiano Ronaldo and Leo Messi. He is fast, tough, can score and make assists as a real No 10. But as a person, I think he is guilty because he needs to question himself and grow up. At the moment, however, he is just doing what life taught him to do.”

i agree and disagree with his take at the same time

its a contract, professionalism should be the buzz word, agree on that.
you cannot compare the mentality when it comes to money between pkayers like puyol giggs scholes who played at a big club and thus had the comfort of things like getting paid on time and contract increases, to some guy playing in botofago or vasco.

its like saying someone who comes from poverty cares too much about money and should think alike with a middle class income earner who may not care for riches but is comfortable with life as it is since he has all the basic amenities he needs. not saying neymar comes from a poor background, i dont know. but most brazilian stars of past generations did. i think kaka was among the few who didn't

money's a huge part of sports. the love of the game is an initial passion, but any athlete who says the money part is of little to no significance is lying through their teeth.

Neymar has been offered to Barcelona in recent months. PSG will not oppose the departure of the Brazilian superstar.
@Santi_J_FM

What a steep fall from grace

Who on earth is gonna pay him