We need to clear so many deadwoods. DO YOU know that Ádám Bogdán is still officially a LFC player???

Mignolet and Karius need to go. I'm so unhappy that we let Danny Ward go.

Moreno would be leaving and so should one of Lovren and Matip as well.

Lallana needs to go and I'm on the fence regarding Henderson & Milner.

I'm so unhappy that we let Danny Ings go. And clearly Sturridge and Origi hasn't go any future with us.

Then there's host of youth players who haven't made any headway in last couple of seasons.

I’ve been watching a lot of Liverpool in the Klopp era, and unlike previous seasons (where there were VERY obvious issues GK, CB namely) I really struggle to see where Liverpool can improve apart from swapping out players like Moreno and Lovren. The starting XI looks nearly untouchable for me, and the depth is pretty good as well- Shaq, Ox, Fabinho etc.

Who would Liverpool look to target?

Our first priority would be to clear the deadwoods. I feel we didn't add a couple more last season since we had too many surplus players on the payroll.

We will need a quality CB who will rotate with VVD and Joe (when fit) while Matip/Lovren can be depth. We will definitely need back-up RB and LB. We are ridiculously bare in that area. While I think Klopp will promote one youngster, we still need one attacker preferably comfortable on LW.

Back up RB and LB

Back up Striker or someone who could challenge Firmino and finally break into the team, allowing us to move to a 4-2-3-1, where he would be uptop and the 3 be would Mane, Firmino and Salah, with Fab and Keita/Gini holding shop. I dream about this ffs, would be magic

A starting CB since I don't like both Lovren and Matip.

We already have a great team and if we want to be competitive again next season we might not even need anyone, but if we really want to reach that next level and be able to compete in 4 competitions like City does for example, we will need better depth.

My guess is we will make up to 80m+ from selling players this year, and I read somewhere that owners are ready to back Klopp heavily this summer, so it would be nice if they throw in like 120m or something? We also made like 80m from CL final last season and could make decent money this season from CL if we at least make the semis. So let's say we have 200m+ then, I'd get:

Instead of bringing in a new back up right back, what's wrong with Clyne? Makes more sense to keep him if he is happy to be no2 to TAA.

I agree that we should offload Matip and Lovern, I'm stuck though, do we need a first team quality CB or do we give that position to Gomez (who was amazing before his injury) and bring in one experienced CB who is happy to be a squad player and a young CB who can learn from VVD and the other experienced CB we have brought in.

In midfield I would keep everyone who is there currently apart from Lallana, think his time with us is up. Need to bring in a property quality creative midfielder, one who can unlock defences with a pass and has good long range shooting on him for them games when team sit deep against us. On a side note Grujic appears to be playing well given everything I've read about him, maybe he can stay with us next year as a squad player and see what happens.

Ryan Kent and Harry Wilson should stay at us next season instead of going on loan, we need more attacking options for the wings or the wings/free role positions and these two lads are more than capable, if we aren't going to have them staying then we need to bring in a striker, Ings, Sturridge or Origi simply aren't good enough. I still think with them two staying because they'll mainly play from the wing for us that we need another striker, one to actually challenge Formino to try and push him back to his best a bit. 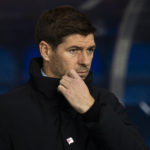 Yes Mignolet is a good back-up option. But is he happy to play handful of games every season? Klopp doesn't rate Clyne due to his lack of attacking prowess. I would love to see Ryan Kent and Harry Wilson breaking into the squad.

Apparently both Wilson and Kent will be leaving in the summer. Too bad, they seemed to be good options to have on the bench.

Liverpool scouts were at the Lyon-Lille game last night. Fekir, Depay, Aouar, Pepe all started for their teams.

I'm sure there will be money available for transfers, that doesn't worry me.

But there's going to be a loooooot of competition for the few quality players who might be moving this summer. Demand for top players by several big clubs is much higher than supply right now. It's going to be a difficult window for adding quality. I wouldn't be mad if we did a Tottenham and didn't sign anyone tbh.

You have a lot of pull right now.

Players will want to come to you over other clubs because they know they come into an environment where they will shine and have a great chance to turn into stars, as has happened with basically every player under Klopp.

Mané, Salah, Firmino, van Dijk are now world wide superstars. TAA and Robertson are regarded among the world's best full backs, Joe Gomes as one of the best young CBs.
Fabinho will be the next to be widely recognized for the monster that he is.

Players like Milner, Wijnaldum are being respected as top players now, a quite unlikely development in the case of Milner.
Oxlade was heading into being recognized as a good player finally, after stewing in the directionless juice  of Wenger's Arsenal for years

Even very questionable players like Lovren and Matip are enjoying what surely is the highest regard they could have hoped for...

So while Real, Barca, and maybe Juve, Bayern, City are still more attractive for players, for players who are not the biggest stars yet and can't be sure to be an untouchable Galactico signing for one of the mega clubs Liverpool is a very attractive option right now.

I expect you to sign some young promising players, I'd say at least one of Werner or Brandt to provide attacking depth

Add to these the host of fringe players and you have a nice 100mil transfer kitty.

Not to mention the millions to be freed up from the wage bill that will allow a nice deal to tie-up TAA and Andy till they are 35.

Heard Godin is available, we should get him

He's going to Inter? Fuck it then

This is Anfield wrote:Camacho has rejoined Sporting CP in a deal worth an initial £5 million and up to £7 million, having turned down the offer of new terms at Anfield.

I'm not overly concerned about the lack of incoming, but I surly hope we manage to shed a bit more of the surpluses by end of the window.

We never needed much, but if we don't sign the couple of players we actually need - striker and full-back cover - it's going to be an irritatingly shitty window.

Art Morte wrote:We never needed much, but if we don't sign the couple of players we actually need - striker and full-back cover - it's going to be an irritatingly shitty window.

It wouldn't have cost much either

I just wonder why? WHY? Wwwwhhhhyyyy

Edwards when he sells Mignolet for 9m€ and gets Adrian for free:
https://m.imgur.com/gallery/AhaTE

Yo Wilson is also gone

Kent still here at the moment.

Klopp: "Making the starting line-up better is difficult and very expensive, we don't have that money."

We have the money, the owners just don't want to cough up

Today at 6:40 pm by BarcaLearning

Today at 6:12 pm by BarrileteCosmico

Today at 5:30 am by chairylegg

Today at 3:33 am by Robespierre

Yesterday at 3:38 am by Myesyats

Yesterday at 1:37 am by Myesyats