don't worry you will face us sometime soon

His whole season depends on Europa League
He's the roster for winning it, it means also CL partecipation and he'd make history of the Tottenham.
Atm disappointing and in line with the decline of his career

don't worry you will face us sometime soon

@Robespierre wrote:His whole season depends on Europa League
He's the roster for winning it, it means also CL partecipation and he'd make history of the Tottenham.
Atm disappointing and in line with the decline of his career

yup agreed with this, he could pull it off though

I've got nossing to say. It's all been said. 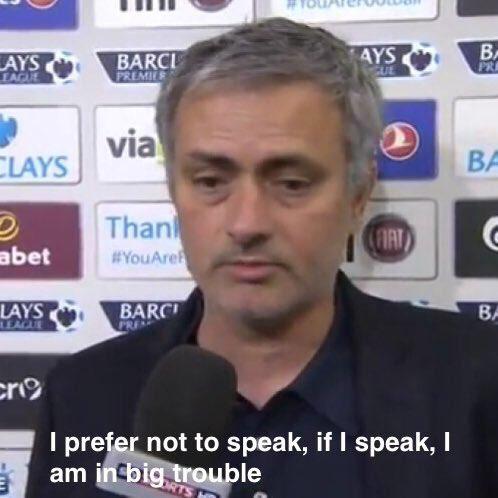 This is a good result for Tottenham. The earlier you can rid of the cancer, the better.

No one said surgery to get rid of a cancer was easy, or painless, but it's a lot easier and a lot less pain than going through chemotherapy for an extended period of time.

No goals for the Son Kain team?

is this the best chance that someone bid for Kane.
Likes of ManUtd or Liverpool have no chance of getting Haaland or Mbappe so why not a cheeky bid of 70m+1 !

IIRC hes used to write of the Europa as not worthy, and nowadays hes playing in it every year, and now getting knocked out by with all due respect a 4th tier Eastern European team

So when his decline's really begun for you ?
Real Madrid ?
Chelsea?
Manchester United?
right now ?

His return to Chelsea

Madrid in my opinion.

As I remember it, he came in got that 5-0 immediately put on him. Then got eliminated in the CL by us in the same year. Destroyed any notion of him having some kind of secret recipe to stop Barca.

Next year they won the league fair and square, but were dumped out of the CL by Bayern I believe. They had a great team, scoring loads of goals, but that wasnt enough. They temporarily broke the Barca domination but Madrid always expect more.

Final season falling out with players was routine, be it the strange Higuain/Benzema thing, Ramos, Iker, Cristiano and then the Tito eye poke and brawl. Out of the CL to Dortmund when Lewa put 4 past them, loss the cup final to Atleti and 2nd in the league to us.

He had a team that was amazing on the counter attack and had great players, but his negative football nature constantly took over. Not just the final season but throughout.

I mean, what was Pepe doing in the midfield? What the hell was the reason for Lass? At some point his midfield was Pepe, Lass and Alonso with no Benzema or Higuain on the pitch. He had Adeabayor up front as nothing more than a thug and the entire team was often focussed more on aggression than actually playing the football they were capable of playing.

Since that period he has not been the same. He still understands football to an incredibly high level, but his way simply doesn't work today. And his way being on a tactical level aswell as how he interacts with players.

If he was the master of low block counter attacking football, its no longer special.

Look at Pep, the principles he used at Barca were quickly adopted by perhaps 100's of teams. Most of those principles were not his sole ideas or even particularly new, but he brought them to the modern game in a title winning team and many other coaches took parts of them and used them. So what he did no longer became unique, now many teams uses the GK heavily in build up, every teams drop the holding midfielder into the back, many coaches emphasis immediate high pressure to turnovers. So Pep has had to adapt his ideas, come up with new sub-princinles to his game model so he still has an advantage. He continues to push the boundaries of what he has done. The use of the fullbacks, the relationship between wide wingers and midfield runners, using a midfield square and so on.

Mourinho on the other hand, we could say was the master of compact low block and transitions. Again, he didnt invent anything but he brought it to title winning sides with some unique ways. But now even offensive teams can use many of same principles for low block defending. You often see teams using double fullbacks, temporary back 6s or a double pivot who almost never leaves the front of the CB's. What he did at Inter, Porto and Chelsea is no longer something particularly special. You will see many elements of those teams in many of todays teams from time to time. But where has Mourinho gone since then? What is particularly different about his football?

I dont think there is one simple answer, its many things. But that Madrid period was start of what we see today in my opinion.

I'd add, while his Madrid stint lowered his stock a bit, he did go on to the win the title with Chelsea when he returned. It was that second season when things really went south and I don't think he's truly recovered since then. In any case, pinpointing when he declined is just semantics. The reasons are the same, whether you're looking at his time at Madrid, Chelsea, United or Spurs.

His football is a tough sell for big teams, long-term. A big team might accept reactive football if its bring in a trophy, but beyond the first season teams expect to be proactive, have the ball, and play predominantly in the opposition's half. Players typically enjoy that more. The longer they're deprived of the ball, the grumpier they get, and predictably there have already been stories of Spurs' players being unhappy about Mourinho's approach to games and training. Apparently, they don't practice attacking patterns very often, instead spending a lot of time on what the opposition is doing. That is, of course, the core of Mourinho's style, but good players eventually get bored of it. Spurs actually have a lot of good attackers, so telling them to play without the ball, to play in their own half for a lot of games, and so on is just a waste.

His approach might work if he embraced modern day pressing more. A more aggressive mid-block proactively forcing errors rather than a passive low-block waiting for errors could make a lot of difference for him, and maybe an easier sell for players long-term.

Wasn't he the one who got rid of Lukaku, Salah and KDB from Chelsea as well?

@RealGunner wrote:Wasn't he the one who got rid of Lukaku, Salah and KDB from Chelsea as well?

Yep. Especially De Bruyne's later career was a bad blow to his reputation.

Anyone who had witnessed his loan spell at Bremen already knew what a clown Mourinho was being then though.

I say again, when Mou managed to beat the prime Barca, and for a while I wasnt sure who was better, him or Pep? I thought the answer was Mou.I mean u can imagine for me as a Barca fan back then thinking we were the best in history after 2009-11, and yet Mou beat us in the next season or so, with his evil negative thug football, it was like WTF! Mou is a genius:P But over time, its been shown Pep has evolved to continue his brand of attacking football and Mou had not, and Im glad the 'good' has won over the 'evil' in the end

Both has strengths and weaknesses of course, I mean Pep team b4 this season felt like dont know how to defend, they still might

But its definitely much more enjoyable to watch his teams than watch Mous teams as time progressed...

Tottenham are now in a tough place for top 4 and I think it might be lights for Mourinho.

Even if they are really still in the race for top 4, the team clearly seems checked out and they don't look like playing good football any time soon. They get dominated by any good team, and often by bad ones

Bruuhhh Spurs trying to sweep this under the ESL nonesense lmfao

lol that was out of the blue

Time to change in Appreciation thread

Tottenham Hotspur are understood to have sacked Jose Mourinho after an ‘explosive' morning where he refused to take players onto the training ground over the club’s proposed European Super League admission. [@thechicoazul] #THFC pic.twitter.com/m8tAEKFWkm

José Mourinho has been sacked by Tottenham, confirmed. Ryan Mason set to take over until June as reported by Telegraph.

Mou getting sacked because he stood up to the ESL has to be fake. It's more likely he lost the dressing room and the board was fed up with his ugly football as was the case with his previous sackings.