Everyone knew, how the fuck did Daniel Levy not know

Monumental mismanagement, and all after building a new stadium

hope this bankrupts them

My LORD this is incredible

My favourite scene so far pic.twitter.com/RdmF5Yh0Jy

PR has gone off the rails

I cannot believe Spurs just did that and with José himself.

lol that scene was funny, but i do like the series so far. Always love Jose

Amazon lucked our hard with Jose. You could tell they were getting nowhere with Poch, who they portrayed as a moody downer

He has been on fire today.


José following today’s game with Newcastle: "We know that the are different boxes, ones for Tottenham and one for other teams.." #thfc 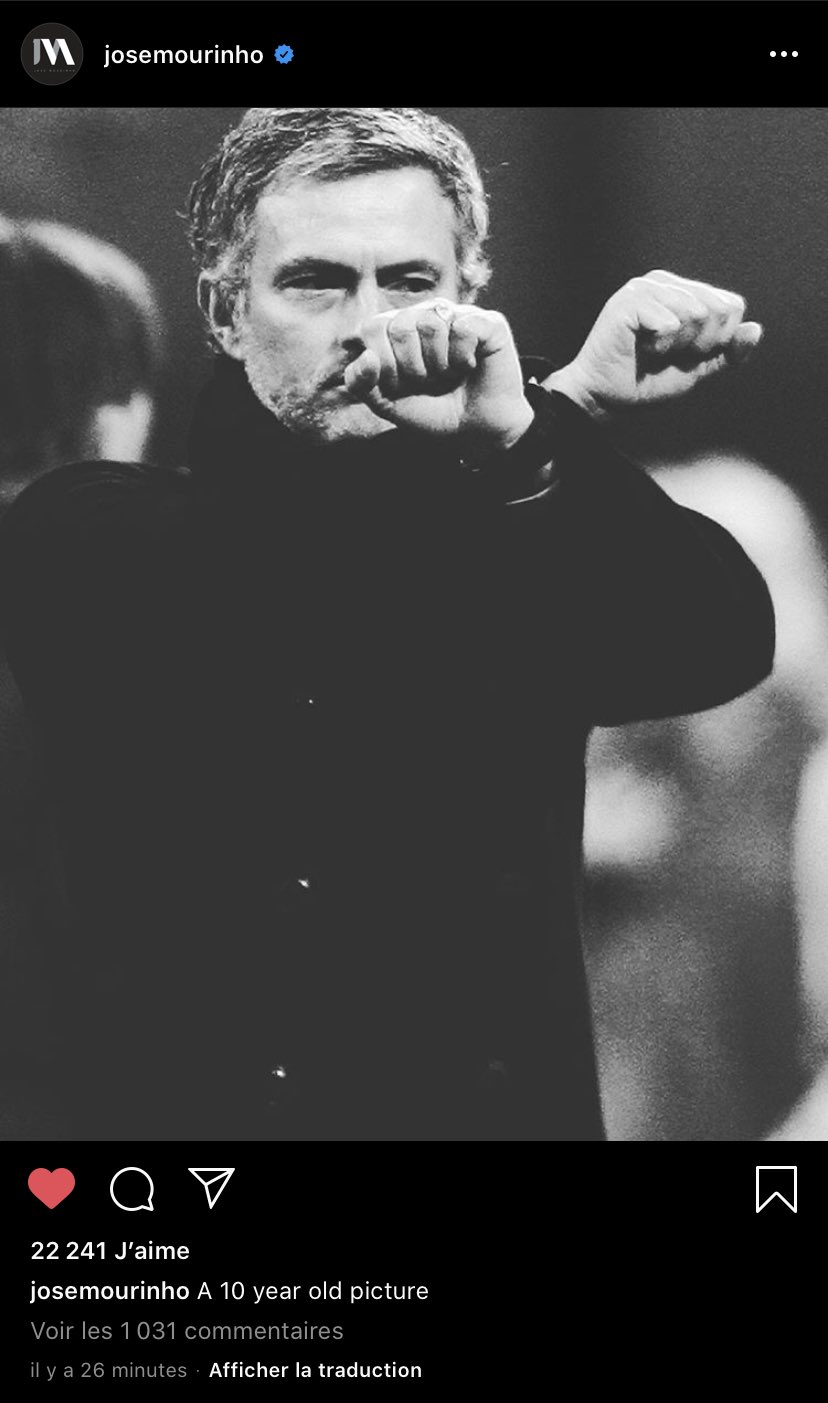 @M99 wrote:He has been on fire today.


José following today’s game with Newcastle: "We know that the are different boxes, ones for Tottenham and one for other teams.." #thfc

Us vs the world

Right out of the Mou playbook

@CBarca wrote:My problems are more with the fact that until it was insanely clear that he couldn't, he wanted to keep playing Dier as a DM even though Dier is not good enough for the Chinese league. He wouldn't play Lo Celso until recently when Lo Celso made it clear that he was too good not to play.

N'Dombele continues to suffer under Mourinho.

It's the same old shit on a stick football we're used to with Mou but without the defense. Chelsea will be a big test. Against big teams so far he's failed against United, won against City but was lucky, and failed against Leipzig. I can't recall if that game where Pool got away with a lot of missed chances by Spurs was with Poch or Mou.

If Spurs get CL for next season, it was probably worth it.

I just want him out as soon as possible. the football is so shit

Should I have waited 6 more days to celebrate a year from this post? Jesus, the guy is so predictable.

I predicted he gets sacked so fingers crossed

They won't sack him, not until the end of the season anyways.

CSpurs in every thread right now: 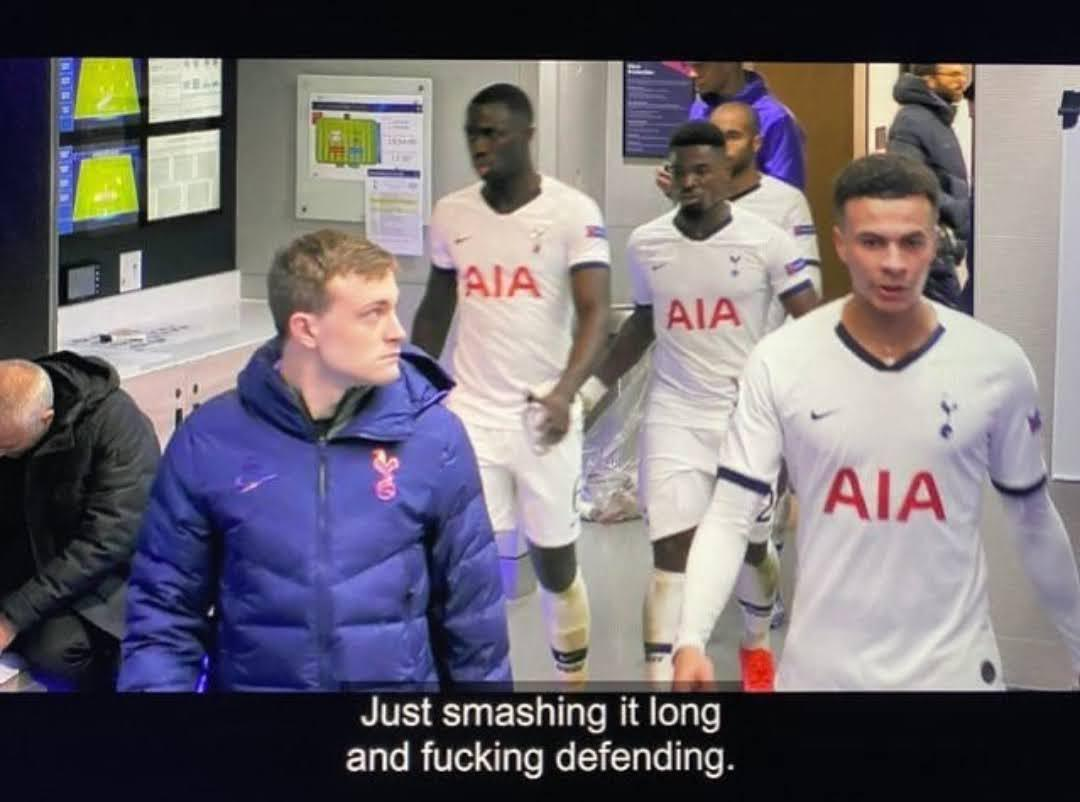 His last game as Spurs manager, after a bad defeat to Pep later tonight? Was feuding with Bale publicly earlier today, too

The guy just can't help himself

BC is right, they're not gonna sack him. They already lost out on Tuchel, who is now doing great things with Chelsea.

LMAO THIS DUDE JUST BROUGHT ON SISSOKO WHILE DOWN TO CITY?

omg, he's just trying not to lose by more than 1 lol

already looking for the true highlight of the match day, his post match interview

@CBarca wrote:LMAO THIS DUDE JUST BROUGHT ON SISSOKO WHILE DOWN TO CITY?

omg, he's just trying not to lose by more than 1 lol

Did he actually take off Ndombele?!

the genius of the guy, to always pick fights with his most talented players

edit: nah he took off Moura

He did take off Tanguy at around 60 minutes though, when Tottenham needed something to potentially get back into the game.

This is the best Spurs squad of the past 10 years. Change my mind.

Poch's squad that had Dembele & Wanyama in the midfield, with Rose/Vertonghen/Toby/Walker at the back. Up front was Kane with prime Dele behind him + prime Eriksen and then Son/Lamela rotating.

That team got 86 points in the league. Enough to win the league in multiple years. They were 8 points ahead of 3rd place Man City. Still a somewhat disappointing season for the team though, going out 3rd in a fairly weak UCL group, and lost in the FA Cup semis to Chelsea.

Still, that team was very well drilled. If they had kept that core and added another AM and a backup striker that wasn't...Janssen, things might have been different. It was a really thin squad. Sissoko has ended up being a solid squad player for Tottenham for 5 years now but 30 million on him was one of Poch's worst purchases, in the summer before that year. Sadio Mane, N'Golo Kante, Gundogan, and Wijnaldum all went for fees around that much, and Sissoko hasn't done anything to really improve the team as much as be a body in the midfield who can work within the system.

Tbf about the transfers, Xhaka, Mustafi, Batschuayi, Slimani, Benteke etc. all went for around that amount, too.


don't worry you will face us sometime soon

Page 9 of 9
Permissions in this forum:
You cannot reply to topics in this forum
Latest topics
» Cristiano Ronaldo is the GREATEST OF ALL TIME. Now Sit down and STFU