France only has 60-65 mins in its boots right now.  Both games, just completely ran out of gas at that point.  Players aren't fit at all.

Pavard is having fitness issues.  He's never played through a summer like this before after a season.  His legs look very heavy. Other than Hazard, he was fine in the WC.

I don't think a lot of these players are going to look right until after the winter break.  They look gased.

Freeza wrote:Eriksen on the NT is incredible

This Danish side looks great. I'm definitely cheering on them in the euros now, after watching the tragedy that was Norway vs Bulgaria today. They won't get to the euros with these hoof the ball tactics, and they don't deserve it. Worst performance I've seen from Norway since the 90s. I hope we can do a coach swap, once you're done with Åge Hareide

Casciavit wrote:WTF is Ryan Babel doing starting an international game in 2018? Netherlands' crop of footballers born after 1984 have been pretty dire. Van Dijk and Memphis are the only ones who stand out from this current generation, and Memphis was deemed an overrated flop until his last season at Lyon.

Though this new generation of De Light, De Jong, and Kluivert all seem very talented and are projected to have high ceilings. Especially De Jong who could potentially be a generational midfielder. I wouldn't be surprised at all if Barca or Pep make a serious move for him this summer provided he continues his development.

@Zigra who else is a potential standout from this new Netherlands generation aside from the three I mentioned above?

They were actually serious for de Jong this summer already. You can be sure they will try again

From that age group I'm not sure there will be another one. There are a few talented guys who should become good players but really not sure about anything more than that (I do like Eiting a lot though). This also kind of applies to Kluivert. It's not impossible for him to turn into a real standout but I really wouldn't put money on it.
However a bunch of good or very good players and a couple of real standouts can make a very nice team already.

Don't know if it counts as the same generation but my best bet would probably be Gravenberch (16) and Ünüvar (15) right now. I think Gravenberch will have his debut for us this season, he's already playing for our 2nd team which plays in the 2nd divison.


I guess I should add that I don't know too much about dutch players who are not playing for us but I think I should still know about real standouts. Xavi Simons is supposed to be quite something but you'd have to ask Barca fans for more. I've seen him a few times play for the dutch youth team and he didn't look too great in these matches but of course that's no sample size. He could also still choose Spain I suppose.

I really like it so far. Much better than useless friendlies. The teams are competitive because winning their league is a secured spot at the euro. So the teams are trying their best, especially in the leagues B, C and D, I'm really enjoying those leagues so far, everyone is trying hard and wants that euro spot, many interesting games so far.

My favourites to go directly to euro from these group:
B: Denmark (they beat Wales so yeah they are the favourites now)
Wales (they got Bale on fire now, kept their solid squad from euro, and added a few great talents there, like Ampadu from Chelsea)
C: Serbia (just because of pure quality is clearly above the rest in league C, bu the FA and the coach are still corrupt bastards and will continue to play like shit despite having decent potential. Can you imagine leaving out one of the most useful players outside top 6 in the PL, Milivojevic, the guy who became a captain at a PL club after 1 month? Or leaving out one of the best CBs in the Bundesliga, Nastasic, because he has personal issues with them. Not to mention he never had a coaching job before this and only got it because he knows people in the FA, so he knows jack shit about tactics and we literally play without a game plan.)
Montenegro (probably best Montenegro side so far, having a nice core with Savic, Jovetic, Marusic and Vukcevic. It's about time Montenegro qualifies for a major tournament, had a tough group for last WC quali but still managed to fight for the spot until the very end, with euro expended I see Montenegro qualifying even through qualifications group later if not through league of nations)
D: Macedonia (the best Macedonian side ever, they are clearly a level above all the rest teams in this league. They got some really nice talents in midfield and attack, their players in defence are still meh though but enough for this league D. They are captained by Inter legend Pandev

Better than friendlies and that's really all it's supposed to be.  So good idea in that sense.  But is it ever going to reach the same importance as WC or Euro?  No.  I don't think that's what it's trying to be either though.

One adjustment I'd like to see:  September games shouldn't be so telling.  Most players aren't hitting form at all this early.  So it creates false results.  I'd leave friendlies for Sept and push the official games to November and January.

Septmber games are bound to be sloppy but its still better than friendlies for sure. Good idea.

Mancini is changing 9 players from the lineup vs Poland for Portugal tonight. While there was quality on the last match, there was no team play. So now this match is also bound to be just as sloppy with so many changes. He is just trying to figure out the team. Only Donnarumma and Jorginho remain.

Amazing how Mancini Mancini managed to make the worst 11 available and then choose some of the worst subs go change the game. He just played every player who didn't play last week. Away to Portugal is a terrible time to go and try to give everyone minutes. 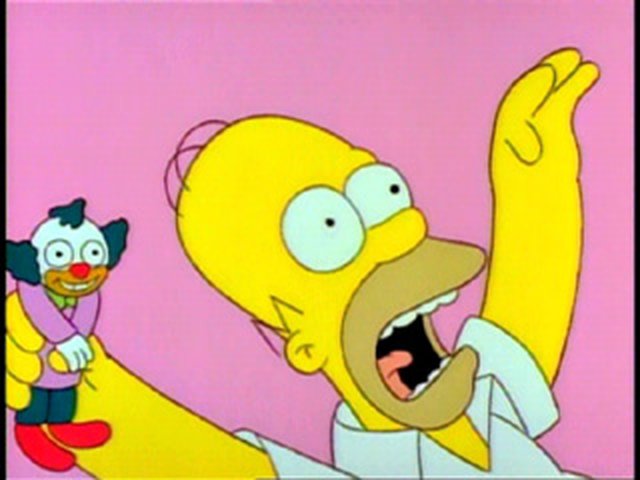 It's slightly better than friendlies, so I'm fine with it. Although I wouldn't mind if they kept the Euro qualis the way they were and simply didn't play friendlies. 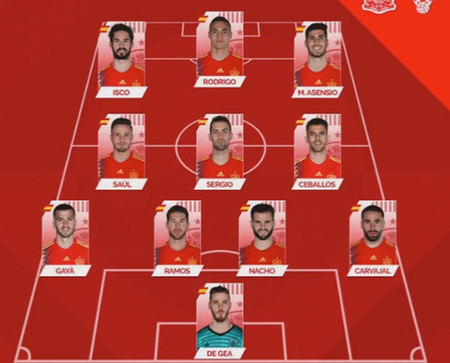 Lol, I see you have changed your source Hala. And still taking your pot shot at the only remaining Barca player. It would be nice if your interest in my country’s team was genuine, but we all can see you are only interested in your club’s players!

This will be a real test for Enrique, but so far he is looking good and it’s great he is looking at an additional  3 players in starting lineup. From a Real perspective, I hope Nacho doesn’t make a big mistake again (I’m actually surprised Iñigo didn’t start) and that Isco gets out of his recent funk. Nice also that Ceballos and Asensio getting a start.

But to put this in perspective, these games are glorified friendlies and mean much more to Spain than England or Croatia given we are making a complete rebuild, almost from scratch with what has been a questionable coach.

Wow wow wow! Hard to believe what a change has been made in this team. I take back everything bad I have said about Enrique. I’m now proud to say he a fellow Asturiano! All three goals have been golazos.

Can't believe they ruled the last one as OG

because it's an OG, the ball was clearly moving away from goal after hitting the post and the GK's back put it back in

Embarrassing stuff from Croatia. Let's NOT mark Ramos at all on a corner, great idea.

Expectations : I am going to watch Spain-Croatia on sofa
Reality : F5 on Vrsaljko conditions

No man of match(es) Luis Enrique!!

I dont know about you, but i have this weird feeling that Luis Enrique will coach Madrid within the next couple of years.

We (I) need a decent coach for seleccion. Perez has taken one, leave the other until we win WC!