As much i want Spiderman in the MCU, Sony has as much clout as Disney

I really hope they get into an agreement, MCU Spiderman has been great

As much i want Spiderman in the MCU, Sony has as much clout as Disney

I really hope they get into an agreement, MCU Spiderman has been great

For the record, I hope for an agreement too, love the films.

Just can’t see any fault with Sony leaving the negotiations after that offer.

RG out here on Twitter trashing the MCU spidey films ffs, OUT!

Imagine being happy about this. Terrible news. 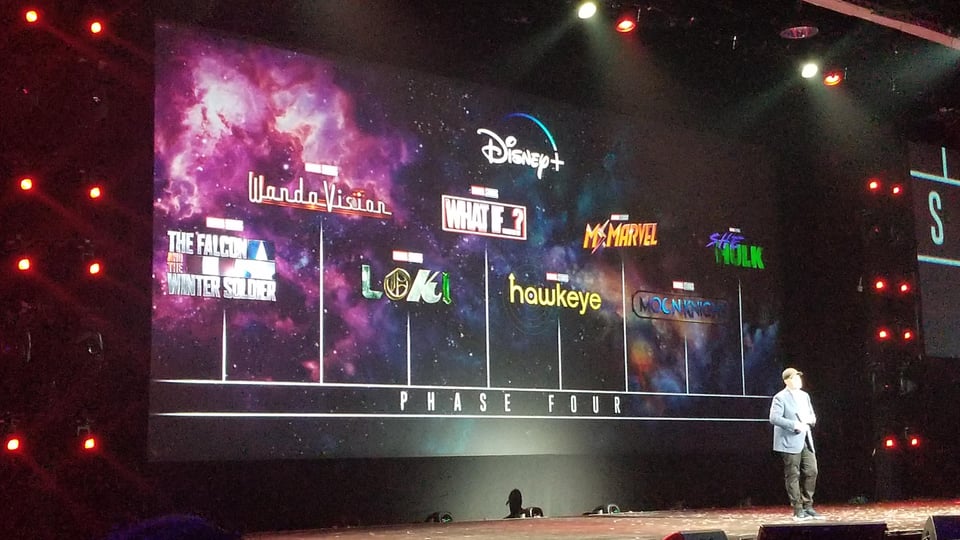 Send in the clowns: the latest Joker trailer is here. pic.twitter.com/tdLyFwniJF

Batman seems to be close to getting a cast

Jonah Has to be Penguin. Shame he lost weight though.

Bill Hader is the perfect Riddler

Spiderman back with MCU for 2 more films.

safe to say Sony and Marvel renegotiated after the huge fan outrage.

Sony probably got what they wanted.

With the end of FFH, i am sure we'll have a spiderverse type film now.

Holland is awesome anyway, his reaction on social media was fantastic. Such a nice british lad and great actor. From my point of view, the best Peter Parker and Spider-Man we have seen on the big screens as of yet, and hard to top, despite Feige’s relatively weak characterization. They missed the chance to make him a different character from the rest of the Avengers (as he’s always been) and the link between the team and the now Disney-owned Defenders, not Iron Man’s son, as I’m sure I’m not the only person who’d like Spidey to play with the Daredevil, Luke Cage or The Punisher.

Happy with the final decision made by the parties all things considered. Just the idea of having Spidey with the others heroes is enough to keep me happy.

Heard they settled at 25% financing for Disney.

Great to see they figured it out.

Looks pretty great. That last shot was so fun.

They're milking Harley in marketing though. Makes sense considering her popularity though. Will no doubt be a financial hit.

Why is she even in Birds of Prey

Not the full title of the movie

Also, question is kinda answered. They've got a common enemy.

There's been so much shit in comics at this point that I don't know why people act like this is some sort of unrealistic thing in regards to the characters.

This is the first time i have heard of the full title lol.

It looks well shot though. Probably average-decent but will make great money

Joker is a friggin masterpiece. Film of the year for me. Cant believe it’s made by the director of movies like Hangover. And Phoenix!! What a legend.

Joaquin Phoenix was amazing. But I agree with the sentiment that the film glorifies the Joker too much.

Spoiler:
Everyone getting inspired and cheering for Joker at the end...this won't cause good things.

I don’t think it glorifies him at all. But I see how it can be read.

I find the whole culture-writing about how it’s a dangerous movie and how people/incels will take it as a call to arms etc.

If anything it’s such a self fulfilling prophecy.

I find it to be much more harmless than the movies it’s an homage to. Joker is much less glorified than Travis Bickle.

Zoe Kravitz has been cast as Catwoman

Heard Adam Driver might be casted as the scarecrow. No makeup needed there imo.

Also I really hope the rumours of David Tennant as the riddler are true. It has to be between him and Bill Hader.

Today at 10:01 pm by BarrileteCosmico

Today at 9:47 pm by The Demon of Carthage

Today at 8:20 pm by BarcaLearning