WHO WILL GO THROUGH?

Luca wrote:There are no trophies for playing beautifully in the group stage of all places

Seems quite similar to Euro 2016... in fact, the group stage for France was nearly identical

Only difference was that we were chasing the score until late in the game at the Euro in pool play.  So we often ended up attacking more and more and more.  Very different games.  In the WC, the only time where we were chasing a result for a while was against Australia... and they fouled the shit out of us.  Against Peru, we scored fairly early and then sat back.  With Denmark, 0-0 won the group so it was up to the Danes to attack us, which they didn't because 0-0 got them through as well.

It's a results driven thing.  I just don't think playing like Atleti is a good fit for the talent that we have.  France could be far more ambitious than that.

But then again, under Jacquet, we played like this too and won the WC in 98.  We opened up once Jacquet left.

THAT SAID, we opened it up big time in the Euro elimination rounds other than the German game (we played Atleti style).

Fair enough, if it is any consolation, no team has played beautifully in the groups

We'll see if the strategy pays off. France has obvious quality, but I feel like they're missing something. They don't create enough in the middle or have enough on the wings to open up the game from what I've seen. There's too much creative burden on Pogba, that's a poor decision in my opinion

Agreed.  The forwards all want to score and the fullbacks are defensive... so it all falls on the mids.  Other than Pogba, they're all DMs.

I like Fekir to be that creative force.  He has it in him.  But he's never going to start.  So it really comes down to Pogba beasting.  He's the key to France.  Wise choice to rest him today.

Pogbito is being handed the keys. Let's see if he has the quality that he keeps talking about.

Croatia had 43% possession, on what planet is that parking the bus?

Only Iceland really parked it.

You said they parked the bus when in reality they simply defended well. That's a massive difference. Really the only team that parked the bus against Argentina was Iceland.
Just because a team sits back a bit or plays somewhat defensive doesn't mean it parks the bus.

You just can't say a team with more than 40% possession (and more shouts than its opponent) parked the bus.


Once you know, this is basically Harmonica Lite so no matter what reasoning you use, it's not gonna dent his stance. Unless of course, the reasoning is putting Messi in a good light.

Luca wrote:Fair enough, if it is any consolation, no team has played beautifully in the groups 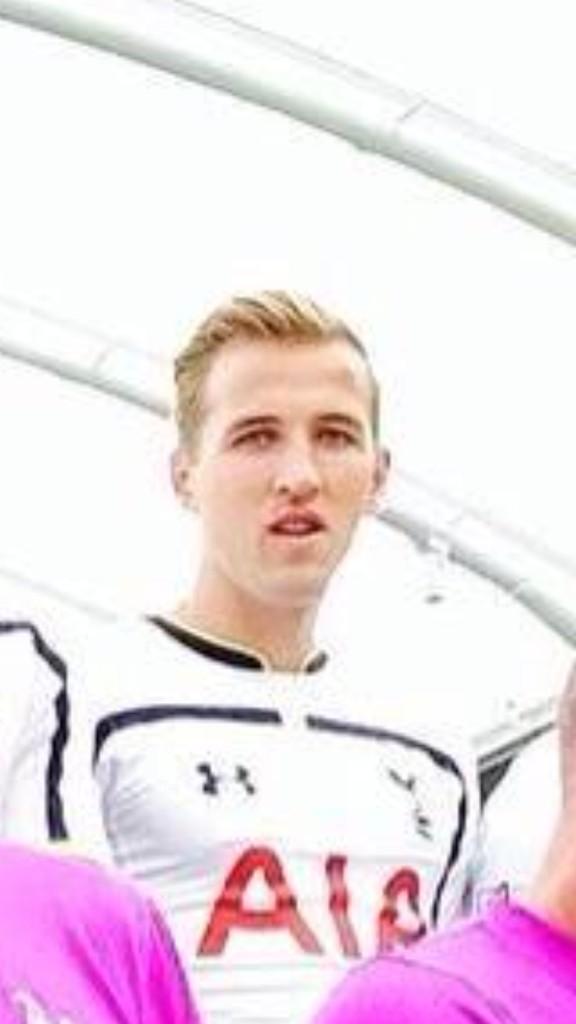 Luca wrote:Fair enough, if it is any consolation, no team has played beautifully in the groups

El Gunner wrote:If Sampaoli gets brains and plays Dybala instead of finished di Maria, then Argentina could have an extra creator in the middle of the park that could release Messi like Banega did today.


Agreed. Enough of finished Di Maria and inexperienced or mediocre players such Meza & Pavon. They can't handle such pressure. Sampaoli needs to find a way to accomodate both Messi and Dybi

Di Maria isn't finished, at all. He's shown moments of brilliance for PSG, and was in red hot form earlier in the season. I doubt he'll ever regain the form he had when he played for Real Madrid, but writing him off as finished is plain ignorance. No offense.

Gonna be a damn shame when France loses this.

I'll be happy with Pavon who looked good when he came on.

Higuain did every right except finishing. Would start him again, and sub him off early if Argentina is chasing to prevent choking or missed penalty if it goes to penalties. Bench that scrub Masch before Kante ruins him.

france will looks meh all the way to the final and possibly win it.

Would try Di Maria at midfield in favour of Perez, 50-50 if its a disaster or not

. Kante will probably focus on Messi which might leave the midfield a bit more open than it should, letting Di Maria to run with the ball like in that famous CL final. Not sure who would I put at left wing though, maybe someone more defensive (Perez/Salvio?) to help Tagliafico against Mbappe who likes to drift to the right wing.... Dybala should play but it's not gonna happen, would put Pavon at right wing to add some pace and trickery (Mercado is useless going forward).

Could see a massacre like vs Croatia if they don't change something.... either way France are still favorites even if they have failed to impress. But can see a potential surprise also because of Deschamps.

Cannot fathom benching Banega when he's been the only serviceable midfielder

I think Argentina's best chance is a midfield 3, which we won't see and a front 3 of Messi, Higuain and someone else... we probably won't see this either

sportsczy wrote:GL poll results should scare me???  You can't be serious

I think you are underestimating GL users predicting skills. If you look closely to the predict thread you should start to worry.

They should start the team which started against Nigeria, it's their most balanced team by far and doesn't isolate Messi and Higuain.

There was nothing wrong with it, the issue in that game was the god awful subs lol.

Yup, agree with Mole. The team that started vs Naija was the best version so far. They'll still get rough up by France but it is their best option available to them.

Interesting, so many ppl having the same opinion I guess. Logically its France, but we somehow hope for Argentina

Dont think God exists to help Messi, so its gonna be France, they are just so much better

But I hope Im wrong

I think the issue that game was Mascherano, too many misplaced passes and the penalty but them in such a bad spot for absolutely no reason. He did fight his heart out until the end but at this level, those plays kill you

Or else I agree, that 11 was as good as they can probably do

Luca wrote:Cannot fathom benching Banega when he's been the only serviceable midfielder

I think Argentina's best chance is a midfield 3, which we won't see and a front 3 of Messi, Higuain and someone else... we probably won't see this either

Knew I forgot someone, was thinking ADM at 3-man midfield but once I started to type the lineup I knew it didn't look right

Something more in the lines of:

So not that big of a chance when looking at lineup, but tactically would make Di Maria play more centrally. When defending Masche would help in the left side of the pitch a bit more with ADM, and once countering you would want to see Di Maria on the middle of the pitch and not in the wing. He is too clunky these days to beat people from the wings, ADM is best when playing direct counter-attacks. Could be a disaster also but I would consider it if I was Sampaoli (or Messi in reality)

I don't rate Mascherano or Perez at all but i don't see particularly good alternatives.

Higuain pairing with Messi is a must. Like it or not he creates more space for the others and with Banega in the midfield Messi was more free to be higher in the pitch.
Mascherano was making lots of mistakes so they should just bench him or olay him as defender maybe. Idk who will replace him cuz Sampaoli brought no other midfielder I guess except Perez who only made it after someone got injured.

The left wing is also a question with Di Maria playing poorly and not much better options there with Meza and Pavon both inexperienced for matches of such frame. Dybala can't play on the left for sure. So imo the best idea to try out is with both Messi and Dybala behind Higuain. That trio can surely combine well between them. But that would require a midfielder with defensive capabilites instead of Banega so...

Lo Celso but obviously it won’t happen now. He would allow them to do a mid 3 and help Mascherano with defensive coverage. Mascherano just has too much responsibility, too much ground to cover on his own. Biglia is too slow but a good passer, might be a good shout if he’s next to Lo Celso and Banega but again, I don’t expect to see any of this, particularly now- just theorizing.

So I'll take your word for it.

Should tell you all you need to know tbh

The Pavon guy has to play imo. Also get rid of Di Maria, guy plays like 4 year old on sugar rush.

Messi FC lives to fight another day. We march on, brothers. Bring on France.

Last WC Messi was GOATing the groups then was quite in the knockouts. This WC it will be the opposite and he'll win the whole thing with Argentina's boogey team out of the tournament already.

France with all their overrated DABster players can book their flights home already.