Yeah right the team was doing good when the focus on Benz and bale, when they stop doing that they struggled and why can't that be said instead of scapegoating one player over and over again, it's boring and ridiculous.

Mariano does the same shit as benzema the difference there is no agenda against him.

@chad4401 wrote:I don't care how old the players are quality is quality and trash is trash.

I can’t tell what point you’re trying to make with that statement. Raul is one of my favorite players, ever. He’s a club legend, and he was the catalyst for so many memorable moments at this club. But age matters. Despite his quality, his decline in both pace and stamina was well documented by the time he hit 30.

Saying things like, «form is temporary, class is permanent» sounds very romantic, but it realistically doesn’t ring true for the drop in form that comes with aging, unfortunately. The fact that the majority of our players aren’t willing, or arent’t capable of matching the pressing and intensity of assumed inferior teams, is an issue. I don’t get the impression that we’re talented enough to make up for that on a regular basis, although we have been doing it in the CL, to some extent.

Who else on this forum called out asensio for being shat weeks ago me, surprise surprise he is getting benched more often nowadays I wonder why? Again too many have their heads to far up benzema arse, that no matter how shit other players play the only thing they smell is benzema.

Come on dude. Benzema and Bale have been the focus. That's why we suck so hard. Bale got injured and is afraid to get hurt again while Benzema can't score unless it's 6 feet or less.

They're role players at best who defraud people into thinking they're WC at this point of their careers.

I see absolutely nothing with those two.

Thimmy my point is the players are old but not that old to be losing to these teams, and younger players aren't making an impact either, cause it's a team issues, and a culture issue, the media and fanbase are toxic as hell, as I said before some fans on here gets off on trashing a team they claim they support, but for me when I look at things as a whole its a lot more to it than players are old or everything is benzema fault, if we signed mbappae and the team was still playing like this? What if we sold modric and kept kova? It's all just an excuse imo to deflect the fact that the players aren't coming together like we all thought in CR absence but without that central focus players seem more incline to trying to try and takeover the team as the main guy, again at the start of the season we all saw what the plan was and when they players like asensio, isco and modric went away from the plan shit went left and it needs to be said.

Also I'm not saying players don't decline after 30, but how many madrid fans were screaming for modric and CR to stay even though they were well into their thirties, it's an excuse to blame the same player exclusively and as I said it's boring, shallow and ridiculous.

That why I wished benzema left this summer instead of CR cause I'm really desperate to read the arguments for the team problems without him in the team, is isco gonna stop sucking ass, is asensio gonna stop being bang average, bale gonna stop shooting shots over the cross bar, varane gonna stop giving up penalties, are crosses from the wings gonna be less trash, cause for some reason benzema is at fault for all these things which is again a boring argument.

Lastly it doesn't matter who we sign cause the culture of the club is every man for them thanks to the toxic fanbase and bias media always trying to play favorites instead of being objective, I'm sure if isco and asensio were actually held to some standards instead of their the future bs, they would have steadily improved but when they ate being praised game in game out that the trash their doing is awesome their gonna stagnate, ffs isco is the exact same player he was when we sign him and he gets starting jobs and minutes handed to him and no one cares cause they are so obsessed with benzema affairs, it's just stupid to me again why is no one holding bale accountable? He got next after CR no? Lol boring

So because Isco and Asensio have been meh... it's ok for Benzema to be shit? The debate is about who's been most shit now??

The formula is pretty simple. We've been poor in all 3 phases.

Reason Benzema gets a lot of ish is because he's been shit going on 3 years now. Bale gets just as much ish. Isco and Asensio are Spanish; so it's normal that they get more rope in Spain.

Holy crap this guy is emotionally involved in Benzema

Benzema is not playing good. but Kroos, Modric, Ramos, Varane, Bale, Asensio and Casemiro has been worse. absolute sh*t.

We are 2-0 down in first 25 minutes of our most games these days. before we even create a chance. we concede. how is that the strikers fault? you think if the likes of Aguero or Kane or Icardi were our strikers things could change? no.

the problem with blaming Benzema is, it happens too much. unfair amount of criticism are headed towards Benzema.

somebody go compare Benzema's missed chances this season with Suarez or any other top striker in the world and lets actually compare.

again i agree he is not playing good. as the rest of the team. but we can't blame everything on him. he is just 1 player. 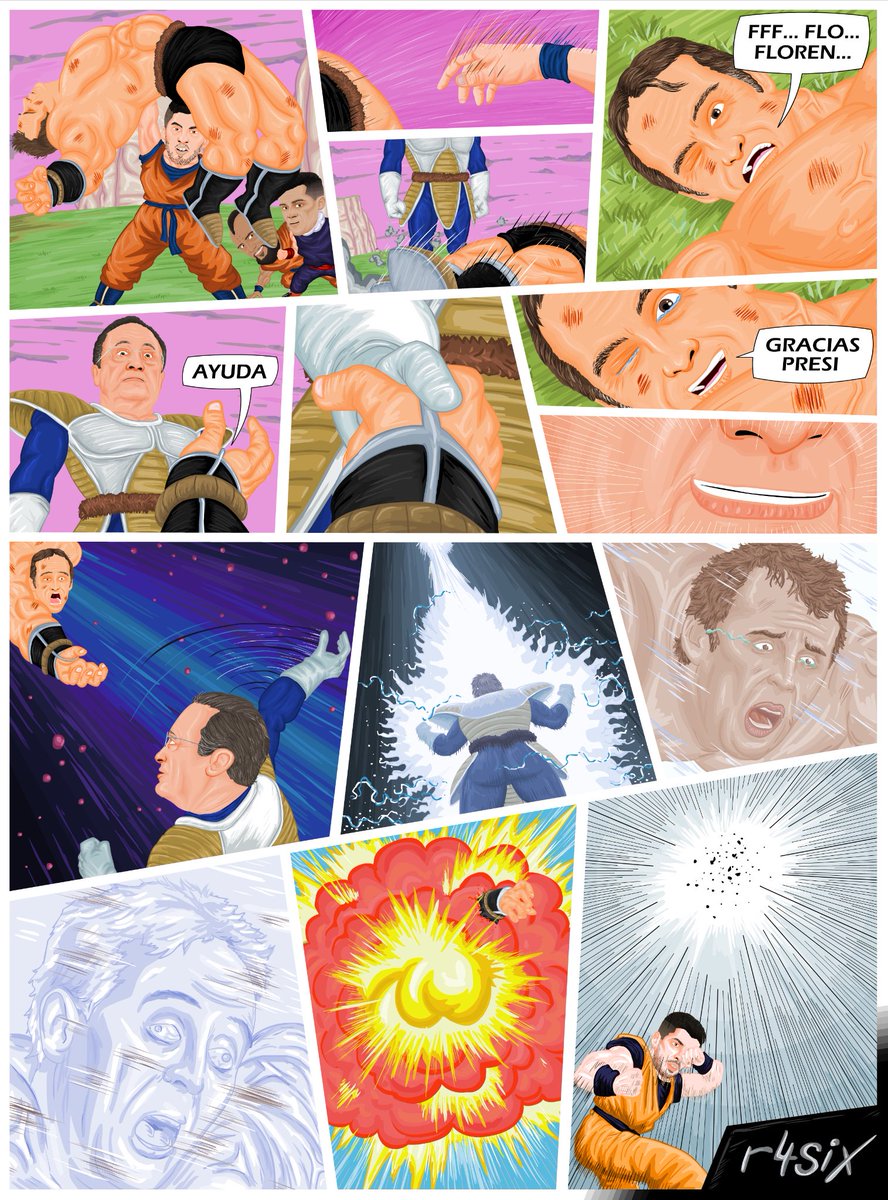 @Valkyrja wrote:Holy crap this guy is emotionally involved in Benzema

This is a love-love relationship. Chad is sending Benzema love letters from jail and likewise! I'd guess that's why Karim is so distracted on-pitch. He can't erase chad4401 from his head and is unable to focus on what's important for his team, hence his series of underwhelming performances.

Real Madrid fans should accept mediocrity for next 3 seasons, you did only win 2 la liga with Ronaldo and this group of players. They are only good for 10-15 match tournament. they are not gonna win you La liga after La liga. They couldn't do it in their prime they are not doing now either.

Nah we are still in the race for Liga.

Marca wrote:He [Lopetegui] asked for reinforcements, didn't attend to logical issues and continued to sing the praises of a playing staff which was clearly out of tune and weakened.

Going into the season, he agreed to play a song that everyone knew wasn't going to win the Eurovision.You either take it or you leave it, following his tumultuous exit from the Spanish national team and he ended up having to grin and bear it.He confused loyalty with logic and made questionable decisions when it came to naming his team.It appeared he was mainly devoted to not angering the hardcore generals of the dressing room and was unable to even throw in new signings, if only if it were to please the president or sporting director.

Now, he is out on the street and tainted after Real's very ugly firing statement that lacked any kind of class, where they moved away from everything they preach to become a lower club, with little care for their image, which has been seriously damaged.

What has happened to Madrid is that after four Champions League titles in five years, they thought that any strategy would work and everything would go well.Zidane realised the grave error in that thinking and opted to walk away.

They are relentless. I think their journalists will start disappearing mysteriously one after another if they keep this up

I heard his wife is already house hunting in Manchester

Going from zidane to numptegui is like falling off a cliff

I don't care how talented Zidane may or may not be as a manager, I'd rather watch someone sink the club in style, than watch more pragmatic football from Man United lol

At this point, Sevilla is a bigger club than ManU, so why should he move?

Suicide shouldn't be a joke.

Failing to qualify ahead of Salzburg and Lille

@Beautiful Football wrote:Real Madrid fans should accept mediocrity for next 3 seasons, you did only win 2 la liga with Ronaldo and this group of players. They are only good for 10-15 match tournament. they are not gonna win you La liga after La liga. They couldn't do it in their prime they are not doing now either.

Opened this thread to read about JL and saw this lol.

@farfan wrote:Failing to qualify ahead of Salzburg and Lille

Naw, Sevilla is much more suited to Europa. This result is actually god news for them!

@farfan wrote:Failing to qualify ahead of Salzburg and Lille

Naw, Sevilla is much more suited to Europa. This result is actually god news for them!

Just realized the final is in Sevilla as well