These tweets hit me like a freight train because of what it all means.

As we covered in a recent @nytimes NBA newsletter, New Orleans has been planning to offer DeMarcus Cousins a five-year max deal in the $175 million range on July 1 and widely expected to re-sign him immediately. The calculus involved obviously just got a lot more complicated ...

New Orleans has been aggressive in the trade market, trying to add wing help and shooting to fortify a playoff run. Devastating blow for DeMarcus Cousins, who would've made his first trip to the playoffs and entered free agency off his most successful pro season.

Pelicans coach Alvin Gentry tells ESPN in a text message: "We were starting to play damn good basketball. DeMarcus has been great." Pelicans are 27-21, just one game out of the 5th seed in the Western Conference.

I can't remember the last time a injury hit me so hard, it's the hope that kills you....

I’m not even a Pelicans fan, but I can’t remember of a worse injury in terms of the context. Boogie literally playing his best basketball and the Pelicans have been so hot right now.

Really feel for the guy and the Pelicans fans

Feel for ya Mole and pelicans fan. One of my favorite franchises in the league

I was enjoying seeing them and having AD, Boogie and Rondo, 3 of my favorite players

Saw the Cousins clip, such a harmless looking situation. Such an interesting big man duo him and AD to watch, too. A pity.

In other news, the Bulls' starters shot 28% from the field in last night's loss to the Lakers, probably some sort of a record...

Kobe’s injury (same injury as Boogie) was absolutely horrible also. Ended his career after one of his greatest season’s and carrying our team into the playoffs.

Still feel like we could’ve upset Spurs if he was healthy. Still pains me it happened.

Boogie will lose so much on this imo.
Worst injury in all of sports.

The only hope is he doesn't really rely on athleticism, he hardly gets above the ground as it is.

It's more about skill and strength as far as Boogie is concerned, also we don't really have a reference point for bigs getting Achilles injuries.

The biggest i can think of was Elton Brand and he was 6'9 250 so we are in uncharted territory as far as that's concerned.

With that's said it's a very concerning time not just for Boogie but the franchise, genuinely fearing giving up our pick to stay "competitive " again.

The Clippers and Pistons have agreed on a deal to trade Blake Griffin for Tobias Harris, Avery Bradley, Boban Marjanovic, a first-round and a second-round draft pick, league sources tell ESPN.

That seems a lot.

Beat me to it

Edit- I believe its a single draft pick, not sure if that is a first or second rounder yet

The Clippers held their free agent meeting with Griffin at Staples. They lowered the lights in the arena and raised his jersey to the rafters as a choir sang. The PA announcer said: "Tonight, we’re honoring a lifelong Clipper."

Freeing up that space for LeBron/PG in the free agency (:

Have to say this kinda ruined the recent Clippers/Rockets rivalry.

That's a solid haul, nothing spectacular considering how long Blake is locked up for and that they're gonna have to pay AB ~20m after this year or lose him and then Tobias the year after.

I don't entirely get the trade for Detroit though. Drummond's obviously better than DJ but they are still too similar. It'll be interesting.

Tobias is legit though, plus a first and second round pick and then obviously a gamble on Bradley remaining- if that's even a key piece.

Now, I'm curious to see what the Clipperrs trade Lou Will/DJ for, since they're the next ones to be traded and they almost certainly will be.

As for Detroit, I guess at 22-26 they've decided to go for it but they've really thrown a way a lot of their assets for the future

Don't understand it from a Detroit point of view. From a Clippers point of view, I think it's great. They're going to be insane with both PG and LeBron.

Btw don't let this distract you from the fact that the Bucks have gone 4-0 since firing Jason Kidd along with improved offensive and defensive ratings (and did that while missing Brogdon, Giannis, and Bledsoe each for at least one of the games, so in none of the four games did the Bucks have a fully healthy team of their best players). Jabari is coming back on Friday. The future is looking up.

(Disclaimer: the bucks beat the Suns, Nets, Bulls, and 76ers during this time. Sooo, it's not quite as amazing as it seems. However, the Bucks had lost to the Bulls twice and the 76ers once previously, as well as going to OT with the Suns, so beating all of these teams, and three of the four by double digits, is indeed a legitimate improvement even though those are games the Bucks probably should be winning anyway)

Ridiculously awful trade by Pistons. That awful contract is going to hurt so much

I initially didn't want us to give up draft picks but it's clear they see it different and want to remain competitive and add players who can help contribute so we are a deeper team when Boogie gets back.

Asik could barely play 5 minutes a game so i like this plus the Asik contract is one of the worst in the NBA ffs.

Genuinely can't believe we got a taker.

Maybe we offered Clarkson and Randle for Mirotic 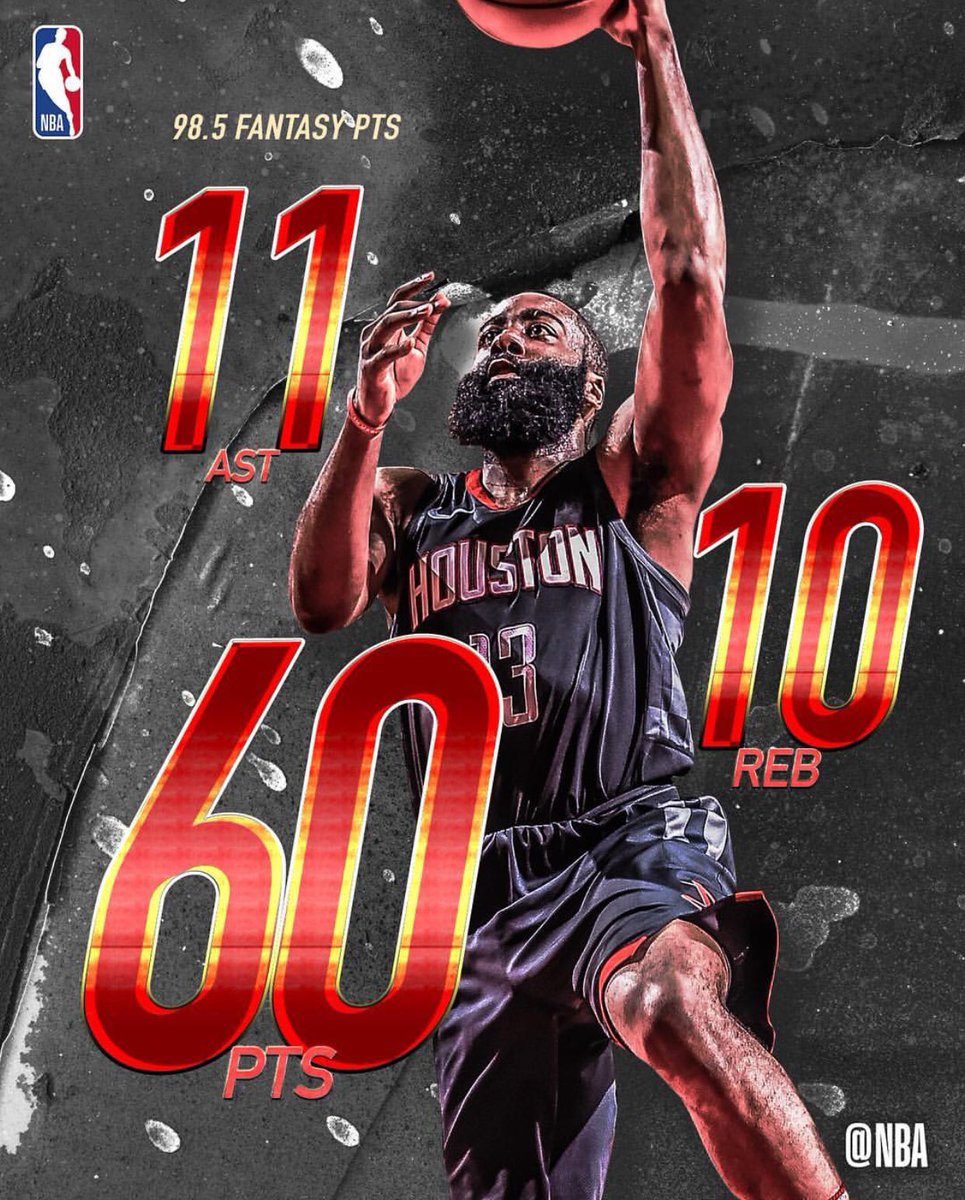 Glad you posted it Urban, no one else here would have mentioned it knowing them

@CBarca wrote:Glad you posted it Urban, no one else here would have mentioned it knowing them

You could have posted it

Why would anyone post about Harden at all though? Hardly anyone watches him and his awful playstyle.

@CBarca wrote:Glad you posted it Urban, no one else here would have mentioned it knowing them

I'm just saying if any other player had a 60 point triple double, it probably would have been mentioned here by someone other than UrbaN, who doesn't post in the thread often, and fairly quickly.

Harden does and I doubt if Urban hadn't posted anything, anyone else would have (well I would have, I came into this thread expecting to make a point of it but Urban did so). The response here proves the point

Today at 4:45 am by Arquitecto

Today at 4:43 am by AlphaBeast

Today at 1:35 am by BarrileteCosmico

Yesterday at 11:11 pm by Nishankly