Wtf is wrong with the Rockets schedule. Only 3 games in 10 days and against rubbish opposition.

And then 4 games in 5 including games @Oklahoma and @Boston

Luke Walton is so god damn retarded... This starting line-up

Larry Nance is the most useless player I've ever seen. So overrated.

Larry Nance is the most useless player I've ever seen. So overrated.

We behind with 14 or something.

Randle comes on. 4 minutes later and we're only behind by 5.

It's not freaking rocket science this shit.

Another loss entirely on Walton

Fire that f'ing idiot. Totally incompetent. Absolutely ridiculous how you can lose to that Denver team.
Subbing out Randle at 98-98 for Nance... Then everything stops and we fall behind 100-106 and he subs Nance for Randle again. Good way to lose a game down the stretch.

We actually won against Portland without AD lol.

God I love Boogie's game so much.

The Boston Celtics won 16 straight games and have the best record in the league. The Detroit Pistons have road wins over the Celtics and Golden State Warriors. And the Cleveland Cavaliers enter December on a 10-game winning streak.

The Toronto Raptors, sitting in fourth place in the Eastern Conference at 13-7, have flown a little bit under the radar. But as we turn the calendar, the Raptors are the only East team that ranks in the top 10 in both offensive and defensive efficiency. And given their December schedule, the Raptors should remain in the top 10 on both ends of the floor for a while.

Though they'll be on the road for much of the month, the Raptors have the league's easiest December schedule, with only three of their games (two at home) against teams (Indiana and Philadelphia) that currently have winning records. The other 11 games are against the 13 teams that are currently below .500. Through November, Toronto is the league's only undefeated team (they're 5-0) against that group.

The Raps head west for a four-game trip, but the four opponents on that trip - the Grizzlies, Kings, Clippers and Suns - have a cumulative record of 29-55. Through Thursday, there are five teams that rank in the bottom 10 on both ends of the floor, and the Raptors play six games against four of those five teams, facing the Suns and Kings twice.

The toughest December game for the Raptors' defense will be its first one. They host the Pacers' No. 6 offense on Friday, Dec. 1. After that, their remaining December games are against offenses that currently rank 18th or worse, or are the 10th-ranked Clippers without Blake Griffin. After the Indiana game, the Raptors won't face a team that currently has a top-10 offense until Jan. 11, when they host the Cavs. They actually have the easiest December schedule in regard to both opposing offenses and opposing defenses.

With Toronto, we always have to wait and see what happens in the playoffs. But these Raptors are playing a little different - they've had the league's biggest increase in assist percentage and its second biggest increase in the percentage of its shots that have come from 3-point range - and there's nothing wrong with playing well in the regular season. This month is when Toronto can do the work that secures a higher playoff position and, maybe, home-court advantage through more than one round. 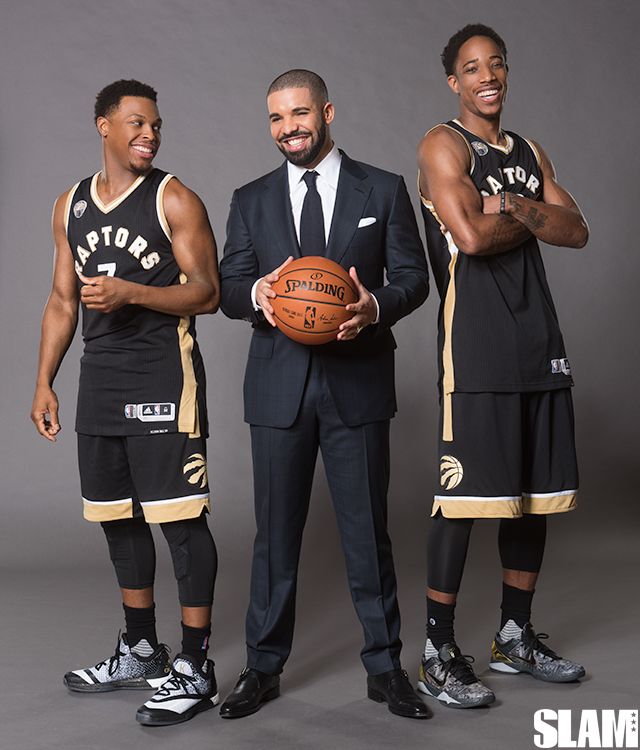 Seriously, not sure if you guys have seen many Raptors games this season but were easily playing the best basketball I've seen from them in my life and our schedule has been fairly difficult as it stands

Good it doesn't matter in fantasy

Not only is Luke Walton a shitty ass coach.. But he also had to hurt the margin of my win in Fantasy against Mole...

Lol, only reason you are winning is because i forgot to set my team yesterday and left 3 players on the bench.

My own stupid fault but still, i knew i was gonna lose the minute i saw it.

Great Leader Sprucenuce wrote:Lol, only reason you are winning is because i forgot to set my team yesterday and left 3 players on the bench.

My own stupid fault but still, i knew i was gonna lose the minute i saw it.

Would've been close even if they'd started. 5-3 to you though from my count. I would've probably added a free agent for my IL spot to compete.

I'll take this win though

I sat all day yesterday hoping you didn't see anything.

We are blatantly going to lose but this is still funny...

DeMarcus Cousins exited with 5:30 left in the second quarter. It was 44-43 Pelicans. The Warriors were a -19 over the next 5:30 against a non Cousins/AD Pelicans lineup.

Trade AD and Boogie and get Rondo some help tbh.

That Cousins stat line tonight ffs. Is this the best he’s playing in his career? I hate that he wasted so many years with the Kings and was even willing to re-sign with them before the trade

Okafor, Stauskas and 2nd round pick to the Nets

Are you ready for the Nance show?

Luca wrote:That Cousins stat line tonight ffs. Is this the best he’s playing in his career? I hate that he wasted so many years with the Kings and was even willing to re-sign with them before the trade

The amount of 3s he takes pisses me off tbh and this part isn't his fault but it's still annoying( he handles the ball way, way too much)

Last night is more of what i want to see from him, dribbling on the perimeter and chucking up shots is bad Cousins and it leads to losses.

Very few bigs can stay with him on drives and would prefer to see that more and less 3s and dribbling around the arc going nowhere with the ball.

Freeza wrote:Are you ready for the Nance show?

Imagine dunking being your single quality as a player and the passing it away when you’re alone under the basket.

I believe in Nance Dent tbh.

Put some respect on that mans name.

Ingram has been great so far, him and Nance are this generations Mike and Scottie tbh.

Great Leader Sprucenuce wrote:Ingram has been great so far, him and Nance are this generations Mike and Scottie tbh.

Ingram is the second most efficient driver this season so far. Only LeBron has been better at scoring on drives

Embiid is Harden at Center basically