If he keeps playing and developing our promising youngsters, no reason he should get the sack. Most fans had zero expectations for the season. What I hoped for was developing good youngsters and he seems to be doing a good job of it. Thumbs up from me.

That was so amateurish.

8 points in 6 games, one clasico lost at home 1-3, worst start of season ever by a barcelona manager.

this jabroni coach needs to keep his job no matter what

He was not exactly set up for success given all the drama at the club right now, but he was always going to be a 6 month coach.

hardly koeman's fault, we create a lot of chances not his fault Messi hasnt scored from open play in 2 months and others can't finish for shit. 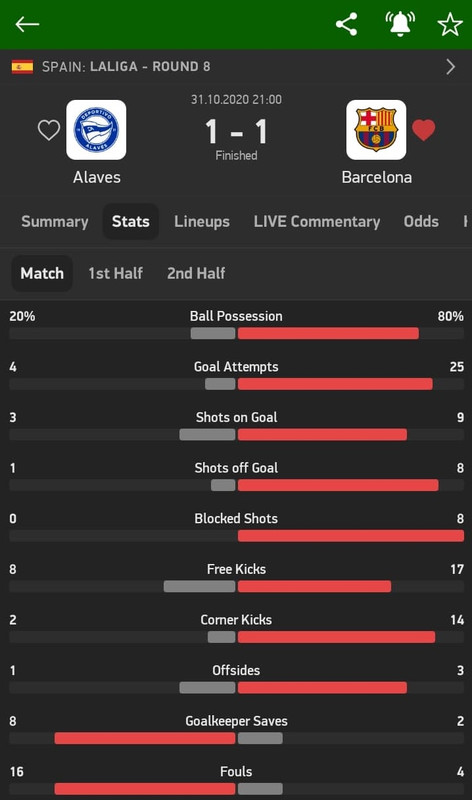 First Barca manager to lose to Simeone in La Liga.

Everything points toward Xavi taking over along with the new President. Can't wait for the post-match rants about the grass being unmaintained.

What a fraud. Worse record than Setién ffs

He was always a fraud tbh.


Doesn't mean anything. They still suck.


Doesn't mean anything. They still suck.

That I agree, but I don't think he'll get sacked for this game. One or two more loss in La Liga might do it.

Juventus made it to first place so its likely Barca will face a big team and surely will be eliminated. That's when I think Koeman will be sacked

They did and they are mostly let down players to begin with. But the mentality was not there for a CL game.

Everything about this team is awful.

It surprises no one that Koeman is failing, everyone wrote it when he was appointed. Its the fault of both parties, Koeman for being terrible, and the club for being in such a turbid state, in the middle of a half-assed rebuild that was never going to allow someone like Koeman to shine.

Saw it was the first time Barca losses the top position in the group since 2006, coupled with being midtable in La Liga. It's pretty terrible by Koeman even with the low expectations of Barca's current situation.

Koeman is not 'terrible' though, he is a solid manager. just not one that is inpriring and rousing enough to make his presence felt as a visible upturn in football quality.
It's hard to say whether any manager could come in though in this current situation and have a good impact, the state of the club environment, with the president being forced to resign and a bitter election ahead, and the team, with the captain Messi wanting to cancel his contract and feuding with the board publicly, seems to be utterly dysfunctional.

As much as I doubt Koeman would be a great, convincing success at Barca in less turbulent times, as little do I think that he's responsible and to blame in any way for these current atrocious results and performances.

The next manager will have similar problems, except of course Xavi who just has the right DNA and is the Catalan Pirlo.

I dodnt mean to say Koeman was terrible overall as a coach, but terrible for this situation, just as everyone thought and as he is showing now.

Also, out of here with calling Xavi the catalan Pirlo. Pirlo is ten times more likeable, and much more flexible i his views about football.

Koeman could have the 2011 Barca team and still find a way to mess it up. Not sure where Hans is getting this solid manager stuff from but from his career as a manager, it kinda points to the opposite.

@Doc wrote: Not sure where Hans is getting this solid manager stuff from

Not sure either but probably from his time at Southampton, where I formed my first impression

Koeman: "I don't understand the criticism for subbing a defender on for the last five minutes if the team is suffering."

Page 4 of 4
Permissions in this forum:
You cannot reply to topics in this forum
Latest topics
» The European Super League Megathread

» As long as Real Madrid supports this superleague crap...

Today at 4:08 am by titosantill

Today at 4:06 am by BarcaLearning