needs backing, give the man a fn budget

So long Koeman. Thanks for coming in during a difficult time and trusting the kids. Was never good enough for the job but at least he discovered a path forward for the transition year(s). His defeatist attitude did him in.

Man, we all started the sack watch for a laugh back in the days but it's literally a countdown for most of them now 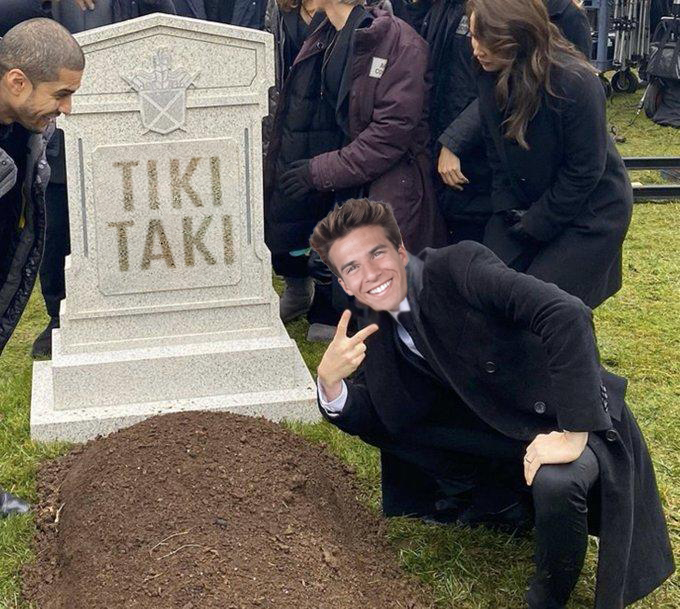 When you want her to be instantly better but she says she's better without you.

As a player he was a legend and all... but his last 10 pressers or so as manager were unforgivable

Reminded me of Bernd Schuster after he lost the Clasico... Even before the game Schuster already threw in the towel saying "its impossible to win at camp nou". "it is what it is", "they're the better team", "best we can do is resist a little but we lose anyway".... same rhetoric as konman

Im not surprised folks jumped him in the car after these press conferences. Not preparing the team well / not being up to task is one thing but doing that while being cocky, ignorant and outlandishly brazen was too much. I knew it would end in this manner


The tragedy here is that he wasnt sacked in the summer. Could be because Xavi wasnt convinced yet 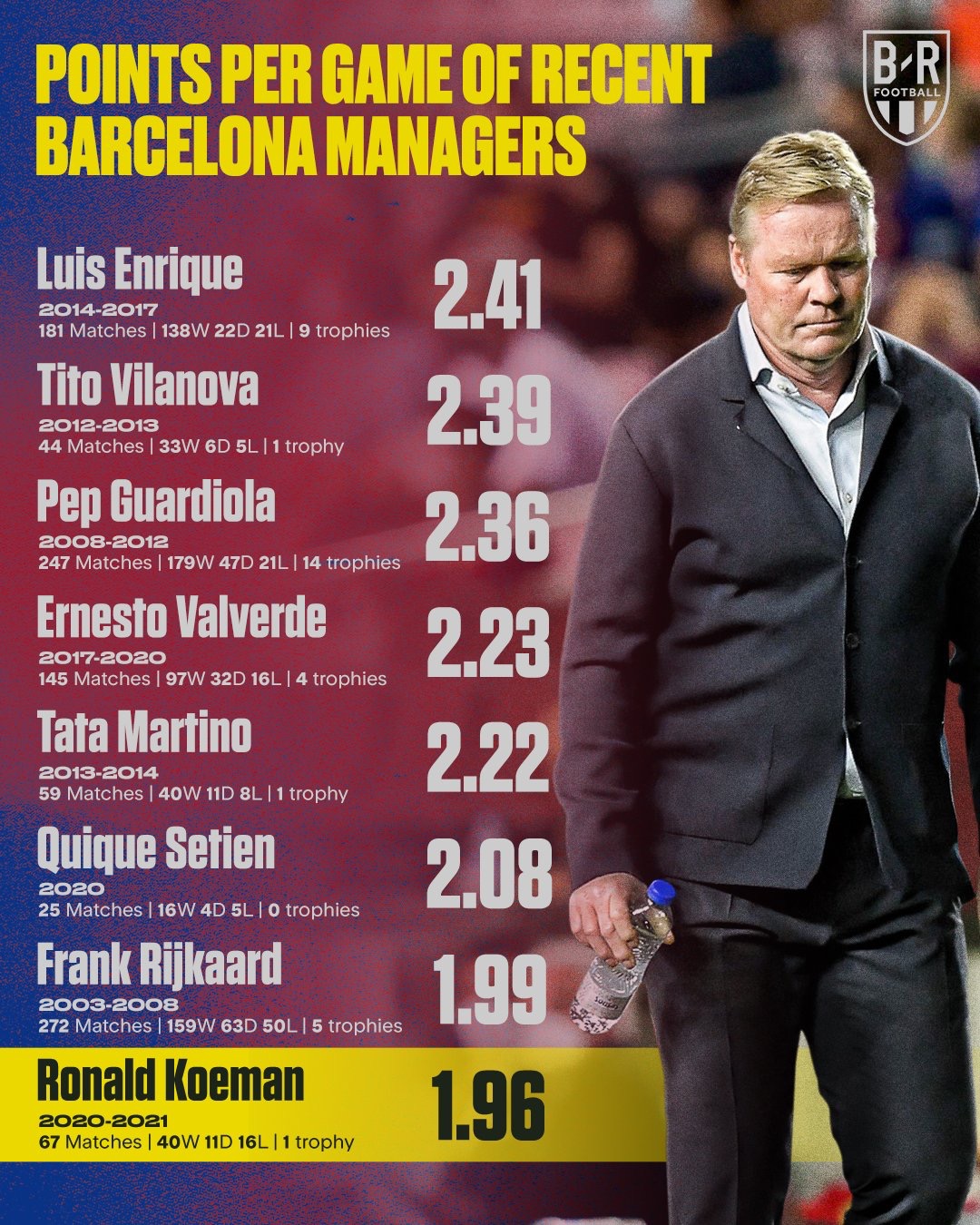 "It was at the insistence of the club's hierarchy that I agreed to the departure of certain players to help put the finances in order," Koeman told the Dutch newspaper AD.

"But then when you see that they sign someone for €55m shortly after letting Messi go, it makes you wonder if something else was happening. Why did Messi have to leave?"

Barcelona didn't give me the same time as Xavi," Koeman said. "It is still painful for me. I was working with many injured players. Now Pedri is back in shape. Ousmane Dembele's back. Every coach needs time and patience from the board.

"Laporta told me a thousand times that Xavi would not be his coach because he lacked experience. But I was not Laporta's coach. I had that feeling from the first moment. After he was elected [in March] there was no click. There was a lack of the necessary support from above.

"I really wanted to succeed at Barcelona, but I realised that Laporta wanted to get rid of me because I was not appointed by him. You won't see me at Camp Nou for a while, I can't do that yet. With this president, I can't pretend that nothing happened."

He'd have a point if results weren't absolutely abysmal. Even players handpicked by him are playing better under Xavi (Luuk)

xavi would never come as long as Messi is at Barcelona. Laporta knew it was time to move on from Messi and rebuild it around someone else. I see no conspiracy here. Others probably would have done the same. The only issue is the kid did not worth 55m and they could not get rid of some other dead rubbers (including the one who spends part-time at hospitals).

What fails to be seen by Koeman and so many here was how bad the financial situation at Barca was. Keeping Messi, even at the reduced salary, meant accepting the Tebas bullshit deal with CVS, resulting in severe financial limitations for years, basically severe limits on what Laporte is trying to do with financial restoration. It also would have meant no salary capacity to do the various deals that were done in January. As stated by Perez at Madrid and later Laporte, no club can have a single player hold 75% of salary capability. In simple terms, it is very poor business practice. Previous management just operated as if there were no limitations whatsoever!

Bottom line, for Laporte, Messi had to go for the financial  sake of club, yet alone what it meant from a football perspective.

This doesn’t excuse the “overpayment” for Ferran, but look at what they had plus injuries and what was available, at that point!

Ferran wasn’t the first questionable signing, just look at that weak squirt on defense! Apparently he can make a pass!

Koeman completely ignores how the team was playing under him, plus what has now been disclosed of his practices and player discontent.

I hate to admit it, but with both Laporte and Xavi, they are on their way back. It may still take a couple of years, but you can definitely conclude they are vastly improved since Christmas.

Bill, why do you always call him Laporte? it's Laporta

It's halfway between Spanish La Puerta and French La Porte.

farfan wrote:Bill, why do you always call him Laporte? it's Laporta

It's halfway between Spanish La Puerta and French La Porte.

How does he have the nerve to say he didnt get enough time. Average coach with a big head

Arrogant delusional the guy obviously is. Should go manage some second division Dutch side tbh...

Koeman needs to get no one is missing him as Barça is reeling under a fresh new coach with new ideas in Xavi, whereas he is making thunderous justifications on why he failed but I and others called it before he stepped into Nou Camp that he is a disgustingly average coach. Go back to your Dutch village you bum.

Arquitecto wrote:Koeman needs to get no one is missing him as Barça is reeling under a fresh new coach with new ideas in Xavi, whereas he is making thunderous justifications on why he failed but I and others called it before he stepped into Nou Camp that he is a disgustingly average coach. Go back to your Dutch village you bum.

I mean he's not wrong lol

Without the Jan signings Xavi would be doing worse even if Barcelona were improving. Koeman was used as the fall guy and he has a right to be pissed

He's absolutely right to call it out

He's absolutely right to call it out

Today at 3:59 am by BarcaLearning

Today at 3:24 am by BarcaLearning