Agresti: "#Juve like #Verratti & #PSG are willing to sell, but just not to Juve."


Agresti: #Juve are enduring a turbulent rapport with #PSG, so negotiations to bring #Verratti to Turin, will be difficult.

Agresti: "#Juve want to sign 2 midfielders of a great profile in the summer. Likes of #Dahoud & #Tolisso, are young & fit Juve's profile."

Morata wants to go back to Juventus
By Realmadridnews.com - January 4, 2017

The Italian newspaper ‘Il Corriere dello Sport’ published in the first page Álvaro Morata’s desire to return to Italy. According to the Italian press, the Spanish striker misses Torino and he would be happy to go back to the ‘bianconero’ team.

It is a shocking cover page in ‘Il Corriere dello Sport’ because Morata has just arrived to Real Madrid in summer and he’s having several minutes with Zidane. Obviously, the striker is not always in the starting line up but he’s having an important role in the squad. According to the newspaper, Morata misses Italy and he felt more beloved in Italy than in Spain.

The Spanish striker is speaking with his former colleages at Juventus and they are trying to convince him to go back to Italy. The Spaniard thinks that he could be more important in the Italian team and enjoy more minutes. However, Morata was never a key player in his two years in Italy, struggling to be in the line up with Antonio Conte or Massimiliano Allegri.

Morata is now engaged with an Italian model and this could be also important for his future. In Italy, they say the striker is regretting leaving Torino and his return will be close. Morata has played only 12 games in La Liga, scoring 5 goals, including the last important one against Deportivo La Coruña.

This information in Italy comes after the rumour about Real Madrid interest in Paulo Dybala. The Argentinian striker has to renew his contract with Juventus and all the important teams in Europe are following his performances in Italy.

So PSG are actually willing to sell Verratti. God knows why. Too bad our relationship is strained with them because of the Coman deal.

S wrote:Sorry to be a party pooper but this is from a reliable Juventus reporter Romeo Agresti

Agresti: "#Juve like #Verratti & #PSG are willing to sell, but just not to Juve."


Agresti: #Juve are enduring a turbulent rapport with #PSG, so negotiations to bring #Verratti to Turin, will be difficult.

Agresti: "#Juve want to sign 2 midfielders of a great profile in the summer. Likes of #Dahoud & #Tolisso, are young & fit Juve's profile."

They are still pissed over Coman...

Verratti is a Juventino since he was born. He's not going to Inter. He may go to Barca though.

If Inter finish top 3, I honestly won't be surprised to see them sign him imo

Juventus In Pole Position For Orsolini

With half of Italian football among others following Riccardo Orsolini, it appears that Juventus have pulled ahead in the race for the player.

According to Michele Criscitiello, Juventus are now in pole position to sign Riccardo Orsolini from Ascoli. Today, the Italian champions met with Ascoli’s Cristiano Giaretta, which allowed them to pull ahead in the Orsolini sweepstakes. English giants Chelsea as well as many of Italy’s top clubs were previously interested in signing the winger.

The deal could be closed at an estimated fee of 4.5 million euros plus bonuses. In the past it was reported that Juventus would sign the player in synergy with Atalanta but it appears that no such thing will take place anymore.

MrSuave wrote:Hey guys! I'm new to the forum... and I'm happy to announce that

Thank you! Been following you guys for a couple of months and finally decided to join, really like the posts here

Welcome to the forum!!  What part of Canada are you from?  I'm in Vancouver and Luca is in Toronto. Are you Italian?  My parents were born and raised in Salerno, Italy, in the Amalfi Coast. I was born in Vancouver.

Too bad it's probably BS though

Juventus have started contacts with Tolisso, Juve are willing to offer him a 5-year contract worth €3m/yr + bonuses. [Fabrizio Romano]

I hope Milan can be that dumb

rincon wrote:I hope Milan can be that dumb 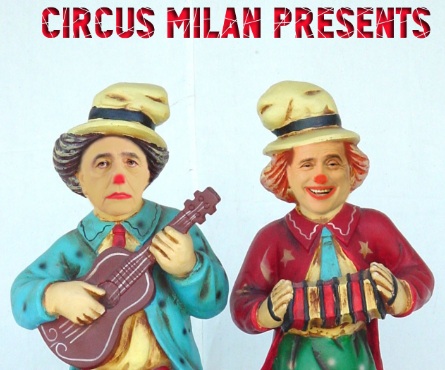 Simone Zaza will probably return to Italy. Lazio & Fiorentina are in the race to sign him. Juve wants €20m to sell him. [Corsera]

Juve should give Dybala what he wants. We really should tie him for the next 5 years. This team should be built around him. We should have a solid attack like the big teams for at least 2-3 years... We've been changing a lot in attack in the past 3 years.

Thank you! Been following you guys for a couple of months and finally decided to join, really like the posts here

Welcome to the forum!!  What part of Canada are you from?  I'm in Vancouver and Luca is in Toronto. Are you Italian?  My parents were born and raised in Salerno, Italy, in the Amalfi Coast. I was born in Vancouver.

Hey there, thanks for the welcome! I'm from Montreal, and yes I am Italian 3rd generation however, my parents are born here, but my grandparents are from Foggia

, been a Juventino since ADP

Also, do you guys think it's possible for Verratti and his agent to force a transfer to Juventus specifically if the right transfer fee is met?

MrSuave wrote:Also, do you guys think it's possible for Verratti and his agent to force a transfer to Juventus specifically if the right transfer fee is met?

Yes, I think it's possible but we won't know until June, it doesn't seem worthwhile to speculate but I would say it is certainly possible, if he wants Juventus and only Juventus, it will happen at one point or another in my opinion.

MrSuave wrote:Also, do you guys think it's possible for Verratti and his agent to force a transfer to Juventus specifically if the right transfer fee is met?

Yes Verratti has been a Juventino since he was born. He will never go to Inter. He has Juventino blood in him. He will force a transfer and we will pay the $80 million and get the money from the proceeds of the Dybala sale.

Verratti and Berardi means ItalJuve is back. And Morata wants to come back as well as he's marrying a hot Italian model.

There are deep divisions within the family that runs Juventus, according to an expert on the subject.

This is reportedly enough for FIAT CEO John Elkann to try to oust president Andrea Agnelli “if Juventus fail to beat Porto” in the Champions League.

Gigi Moncalvo, an author who has written a series of books on the Agnelli family, told Radio Radio (via our Italian page) that “some very serious things are happening within Juventus, and they could emerge within a few months”.

There are some salient quotes from his radio appearance:
“Majority shareholder John Elkann, (CEO of Fiat-Chrysler, cousin of Andrea Agnelli) is very jealous of Andrea’s success.

Nothing is forgiven Andrea, both from the sporting perspective and the personal one. Leaving his wife and two kids for a Turkish lady has created a deep division with John Elkann and his wife, Lavinia Borromeo. What’s particularly bad is that his new partner is expecting a child.

Andrea is having to tolerate a series of public humiliations, which he is patiently, even stoically resisting, leading to some frankly incredible situations.

At the first opportunity - whether deriving from a positive, negative or imagine development - they’ll try to oust Agnelli".


Things don’t seem to rosy within Juventus, either:

“Andrea can’t count on a single vote within Juventus’ board: [Technical director Giuseppe] Marotta is on Elkann’s side, while [Pavel] Nedved is ready to become president, all they’ve got to do is ask!

Andrea is heading the board, but he isn’t governing it.

If he wants to sign players, he has to seek his cousin’s approval [Elkan], a cousin who hates him.

If they were to give him a job on Ferrari’s board, they’ll remove him from his current post at Juventus. If Juventus were to be knocked out by Porto or their next Champions League opponent, he could be ousted. The same will happen if Juventus don’t win the title.


Elkann is even alleged to be putting a spanner in the spokes of Andrea’s marital life.
“With Andrea having recently separated from his wife, Emma Winter...his partner [Deniz Akalin]’s husband was ready to do the same, but Elkann has forbidden him from doing so. Andrea can’t even marry the woman who is about to give birth to his son”.

Rumours are growing that Patrice Evra could leave Juventus, but he won’t be forced out.

The Frenchman’s agent has admitted that his client would like to play more, and this week Rio Ferdinand sparked rumours of a return to Manchester United.

Now Goal Italia’s Romeo Agresti is reporting that Evra’s poor performance in the Supercoppa Italiana has raised doubts about his long-term future in Turin.

The Bianconeri are happy to keep hold of him for the rest of the season, as his contract will expire in the summer unless the club triggers an extra year.

However, out of respect for Evra, the Old Lady would allow him to leave if the left-back asked to go, using Kwadwo Asamoah as the backup to Alex Sandro.

The 35-year-old has made just three Serie A starts this season, but is still seen as an important figure in Europe, starting all six Champions League group matches.

Valencia and Juventus are reportedly meeting at this very moment as they negotiate the transfer of Simone Zaza to the Spanish club.

The transfer was considered as collapsed after the resignation of the manager Cesare Prandelli, who wasn’t satisfied with Valencia’s efforts to make signings. But the situation had a turn around, and the club are back in chasing the striker.

According to Tutto Mercato Web, Zaza is going on a loan deal, with Juventus wanting Valencia to pay €20m after the first time he plays for the Spanish club.

This is obviously a scary deal, and that’s why the La Liga side are trying other ways to reach an agreement, both by trying to drop the price and to change the number of appearances for the transfer to be permanent. The biggest reason not to make the purchase now is the financial fair play, as reported by Super Deporte.

Zaza had his loan spell at West Ham cut short after 11 appearances and zero goals. The Hammers chose to send him back to Juventus before they had to pay a fee which was previously agreed in case the player reached a certain number of games.

If Valencia are trying to do a deal for Zaza, and perhaps an overpriced one, just to make a point over Prandelli’s exit then it’s a bizarre set of circumstances.

The *bleep* with that Elkann-Agnelli relationship? It's the first time I'm hearing it

Today at 4:19 pm by BarrileteCosmico

Today at 3:27 am by BarcaLearning

Yesterday at 3:12 am by titosantill