So the first Clasico of the season is here, and usually we go in and it seems like it could go either way with maybe one team in slightly better form than the other. But this not this year, I think Real Madrid should be considered the heavy favorites here, and hopefully having Iniesta back in the line up will bring some much needed stability and avoidance of a huge embarrassment.

Just remember, the bright side of getting wrekt would be that it might signal the end of Lucho's tenure. Too bad Xavi is still playing for whatever reason and isn't ready to coach us yet (and drive everyone mad with his comments/ego). 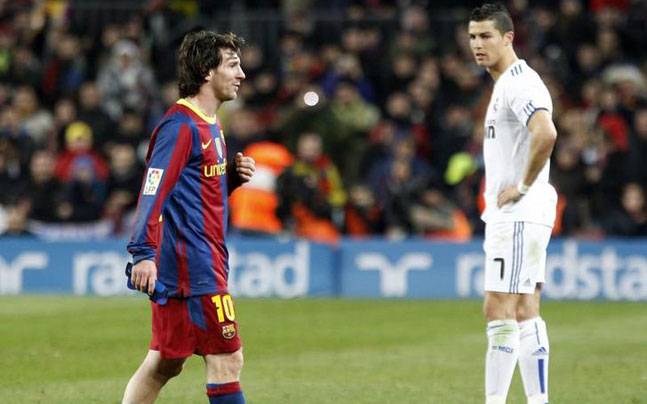 If we take anything from this game, I'll be really happy. I'd take a draw any day. A win here though, my lord, would make my month.

If we take anything from this game, I'll be really happy. I'd take a draw any day. A win here though, my lord, would make my month.


You dont remember when Tata was in charge obviously lmao

Iniesta even when half fit can make the difference, especially in big matches. I was hoping for a miracle to turn around our season for the better. Just got to know that he is not starting. Now my enthusiasm for this game has been halved.

I fear for this team once Iniesta leaves, it's night and day when he's on

always this *bleep* in the last minute

Barca got disgustingly complacent, were happy with the 1-0 and paid for it. Gotta finish your chances.

When they were better we suddenly scored and when we were better they suddenly scored. We could have won it but going by how we played in the first half perhaps we did not really deserve to. That said all we needed to do towards the end was keep the ball. At one time it used to be the easiest thing for Barca to do and now it seems to have become the hardest.

Awful game, it's like there's no game plan what so ever. Players passing it randomly and moving too late to areas.

@barrilete: Iniesta is an awesome footballer.However, the problem is who subs him. People also feared we would never be the same without Xavi, and we won a trebel because we replaced him with a not so extraordinary, but still very good player like Rakitic, who complemented the team strengths.
Now we replace Iniesta with Andre Comes who isn't good enough and doesn't add anything to our game, in no aspect.

Andre Gomes is an awful footballer. How is he on our roster and how did WE START A CLASICO with him? I'd take Denis Suarez over him.

It was night and day with Iniesta on vs off. We were comfortably better after he came on, passed it around better etc. if Messi would have scored off of that incredible pass by Iniesta, we would have won. Hope someone shows up in the next couple years who will be capable of being even a half decent backup. When Iniesta retires we will lose a lot of quality that can't be replaced regardless.

Anyway, as I said. With Iniesta back and not falling behind in the race, we can take that draw. It hurts to have the win snatched away like that and a win would have been incredible, but we're not out of it by getting a draw here, and that's the most important thing.

Just gotta be able to do the work week in week out. This Madrid squad is painfully average, I don't see them continuing to pick up points like they have done.

Cmon. This Madrid squad is very good. They didn't have Kroos, Bake and Casemiro, and we only outplayed them for 20 minutes.

Our squad is poor and our coach insists on making it poorer by leaving the most in form players out (Rafinha or Umtiti) and playing deadwood and past it footballer like Gomes and Masche.

Today at 4:30 pm by BarrileteCosmico