“Before one goes public, they should also have a word with myself.

“For me it is so that I have expressed myself clearly after the Euros, with Dieter Hecking, that I want to leave Wolfsburg. The coach knows for more than three weeks.

“Two days after the semi-final at the European Championships I told him how I see the whole situation and what I want – which is to leave the club.”

“I was verbally assured with my transfer in August 2015 that I can leave the club when given opportunities. Both from Hecking, as well as Allofs.

“It was always clear between all parties that I would like to go to a top international club if the opportunity arises. It was discussed that we speak rationally with one another, if other clubs show interest.”

According to Sky Germany , Arsenal and Juventus are interested in him. Apparently he favors a move to Arsenal over Juventus.

Then Chelsea/City to swoop in with 40m and close the deal within a week.

Then we will have another cliche interview about not talking about our transfers in public. Meh.

Not bad...just replace that turd Giroud and they got themselves a nice squad

I don't want either Juve or Arsenal to sign this dude

Where's Man Utd when you need them? Get in there Woodward!

Not sure where he will go, tbh.

Maybe back to Schalke?

Using BILD for such an attack on your club is a detestable move.
I like Draxler, but he's lost most of that likeability now.

What does he think he's doing?
He only joined Wolfsburg last season in what was one of the biggest Bundesliga transfers ever. Plays a meh season and now starts to publicly cry about leaving?

Tough situation for Allofs. Schürrle, Kruse sold, Naldo sold, Dante wanted by Favre's Nice, Gustavo might be the next one to push out.

After this move, I'd block Draxler from going anywhere. Little shit.

I share Hans' perspective on how this has played out - not very classy from Draxler. Then again, if he did have the agreements he said he did, then I can see why he is aggrieved by Wolfsburg's earlier press statement.

Also, I don't think Xhaka-Ramsey would be a great pairing. Maybe Xhaka-Elneny is better and more stable. But that is not for this thread.

Hapless_Hans wrote:Using BILD for such an attack on your club is a detestable move.
I like Draxler, but he's lost most of that likeability now.

What does he think he's doing?
He only joined Wolfsburg last season in what was one of the biggest Bundesliga transfers ever. Plays a meh season and now starts to publicly cry about leaving?

Tough situation for Allofs. Schürrle, Kruse sold, Naldo sold, Dante wanted by Favre's Nice, Gustavo might be the next one to push out.

After this move, I'd block Draxler from going anywhere. Little shit.

We will be giving Wolfsburg our penalty kick specialist Zaza at a discounted fee of only $25 million, so that should lessen their pain somewhat...

“The Supervisory Committee and the Board of Directors at VfL Wolfsburg Fußball-GmbH feel the need to comment on the interview with Julian Draxler which was published in the ‘BILD’ newspaper, in order to clarify the current situation and dispel any possible resulting rumours.

“In joint discussions with Julian Draxler, VfL Wolfsburg again made it clear that they would not be granting the player’s wish to make a move. We now consider any possible uncertainties to have been eradicated and that all parties can revert back to a professional and responsible collaboration for the good of VfL Wolfsburg and, in particular, for our fans.”

Not even Zaza wants Wolfsburg... 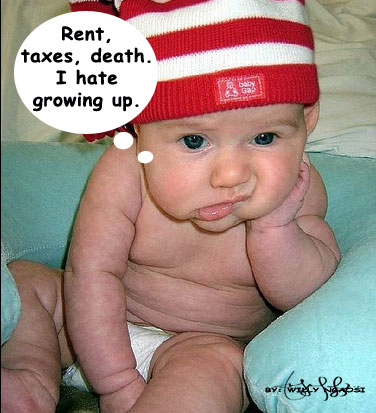 That's the cool thing about being an Arsenal fan. You become numb to these things

Draxler is linked to Arsenal since he was born.

Can understand wanting to move, though. Wolfsburg has become a shit show.
When he joined they were signing players like Schürrle, Kruse, de Bruyne. Now they're selling everyone and Draxler doesn't have a chance in hell to play Champions League there.

That being said... Publicly attacking your own club... On Bild? Weak.

Fully agree with Viva. The public stand of the club, in this context, is very much justified.

I hope we don't go in for him - that would be very disrespectful this summer.

The club says there is a release clause active next summer, if Draxler performs well and pushes his stock high enough, it could be a win-win for both club and player in 1 year.

He has to be the main man at VfL this season.

Julian Draxler has been hit with an £85,000 fine after he gave an interview revealing his wish to leave Wolfsburg this summer.

Where is he going now? and how good has he been for Wolfsburg?

Its only october but he already confirmed he will leave in the summer. His agent: "Julian will definitely leave Wolfsburg at the end of the season."

After all the nonsense two summers ago, now they say "He would’ve gladly run to join Juve and is the ideal trequartista for Allegri". Don't know if we'd take him now unless its for cheap.

Spurs or some other non-top PL club, Holtby pathway