@rincon wrote:
The only thing I'm wondering is how is anyone gonna be a threat to Luke Cage? he is too much of a beast.


Tbf it's Marvel so they could always just bring in a villain who can hurt Cage. He's hardly a powerhouse.

I liked LC more than any of the rest, but maybe just because it's most recent in my mind. The quality is pretty high across the board though, no serious complaints about any of them.

Luke Cage has some of the best banter of any show I can remember.

At the start Luke was too cagey and quiet but later on (Im on ep13) he is more relaxed and has some great dialogue. Loving it. Method Man

I like the entire cast pretty much, love the music too.

Didn't realize there were only 13 episodes. 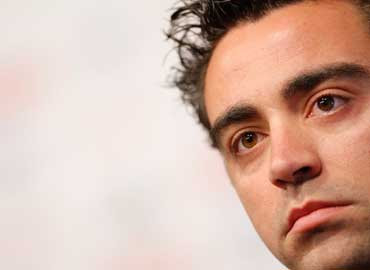 @rincon wrote:Luke Cage has some of the best banter of any show I can remember.

At the start Luke was too cagey and quiet but later on (Im on ep13) he is more relaxed and has some great dialogue. Loving it. Method Man

I like the entire cast pretty much, love the music too.

Only one I disliked in LC was Mariah something.

White Obama was a bit annoying but atleast he didn't have much screen time.

Mariah was a bitch but that's a compliment to the actress imo. Played the whole annoying, false-sense-of-superiority, bitch manipulative politician well.

Big fan of Diamondback. That scene where he went to Domingo's was GOAT. Worthy of the best Joker stuff.

Nah I know he is not like invincible, just that I was starting the show and I see a bunch of street thugs going against him. No chance that they could do anything to him and yep, they just got wrecked.

I know that some Avengers level stuff can wreck him.

Although, he would be cool in the avengers imo. Daredevil can't really contribute much (haven't watched JJ), but Luke Cage can. He is probably better than a few of them.

Yah in terms of street level crime he might as well be a God because nothing readily available can dent him providing he isn't caught literally sleeping.


I did enjoy Cage but I stand by it that I think cottonmouth was much better than DB. Probably down to the actors though, different class IMO.

Who doesn't wolverine wreck from the marvel mcu?

x-men are too op

x-men are too op

Not sure Scarlet Witch has shown much in the movies to kill Wolverine tbh.

Vision is a good call.

Anyway just wanted to point out that Wolverine wouldn't be much of a big deal.

How hilarious would Iron Man/Captain America/Black Panther/Hawkeye vs Magneto be? or the whole movie Age of Ultron?

MCU Cap is Superman on steroids.

"You want to test me? You know where to find me." #LukeCage pic.twitter.com/Ee7PpYaID6

It's miles better than season 1. And probably one of the top marvel netflix shows too. Not as good as DD S1/S2 or JJ S1 but it's better than JJS2, IF, LCS1 for sure.

Bushmaster is one incredible character. Compelling villain who interests you and someone who successfully filled the void left by cottonmouth. Amazing actor too. He is arguably the hero of Season 2. Man has immense charisma and compared to that shitshow of a character diamondback was, he absolutely elevated season 2. He is nearly a black punisher. It took him like 20 minutes to be a better character than diamondback and Mariah

The tracks were on point as always. Made me a fan of blues ffs.

Negatives? 3-4 episodes too long but that seems like a common issue in netflix shows. Some of the mini-arcs were pointless. Too much character time to one certain character.

Some great cameos and name drops. No spoilers though.

Definitely worth watching if you haven't yet.

Thought I was done with marvel netflix shows but after reading your review I'll give it a try now.

One thing I don't get is why they don't shorten these shows. It's the one weakness every single season of every marvel netflix show had so far (maybe not the Defenders which afair was a lot shorter, don't actually remember that too much lmao).
Considering they are not aired every week I don't really get it.

Very good season but they need to cut back on the episodes or cut out the filler.


Idgaf about these side kicks doing regular crap tbh.

This show also makes me want a night club, i'm glad Harlems Paradise always has a reason to feature.

lmao i was so happy about that decision. GOAT night club. When biggie's son was singing that blues song ffs.

Do I need to watch the defenders for this?

I haven't watched any Jessica Jones or defenders

It doesn't touch much on Defenders, but there is a key event in Defenders that affects a major character in Luke Cage so if you want that background, the later episodes are worth a watch.