Paul George was fantastic in the playoffs, his team just sucked lol.

Only natural for his numbers not to maintain the same level with the amount he has to do, I think it's possible he was overrated before injury but not now imo.

James Harden is a choice for sure also. But then again, this season he's pretty much not been respected by critics and analysts. His offense is amazing, statiscally, not to watch. His attitude when playing is not great though.

Everyone on the Warriors and Spurs

What NBA cliches and hyperbole do you guys hate hearing?

What NBA cliches and hyperbole do you guys hate hearing?

Most of them but especially anything Mark Jackson says.

The only cliches I like are the hilarious white guy ones you'll hear in ncaa:
"a real gym rat"
"he plays the game the right way"
"what he brings doesn't show up in the box score"
"he's deceptively athletic"
"gets the most out of his abilities"

How bad has NBA talk among "fans" gotten?

I've never seen such a level of idiocy and ignorance displayed in any sport I have watched.

People literally choose style over substance and ignore the most basic stats and facts.

Jackass wrote:are you dumb or stupid. Mj is better than kobe but kobe is close, If you've watched mj and kobe play you'd know that. Kobe in his prime was dropping 35 6 and 6, he was an absolute monster. This guy dropped 50+ for 4 games straight, to deny that they are close is absolutely blind and reflects how much you actually know about basketball. Also mj benefited from his era, his era had no help defenses so he went up mostly against 1v1 where as kobe (who is a 1v1 player who not even mj knows if he could beat him), didn't have that luxury. Also Mj went up in an expansion league where his team was the only real stacked team, and where the league was saturated by centers, not sgs. Kobe's era was the era of shooting guards so match-up wise he had more competition. Also people seem to forget that the year he came back after his first retirement he lost to penny and shaq in the eastern conference semi finals, and that orlando magic team got swept by hakeem and the rockets. So for those people who say mj basically 6peated they are misinformed. Finally mj is not "Easily" the GOAT as new fans assume, kareem is up there in the running too.﻿

Not sure which side you're on

Anyways, how about them Warriors players performances at the Olympics.. Not system players though

Season about 1 month away 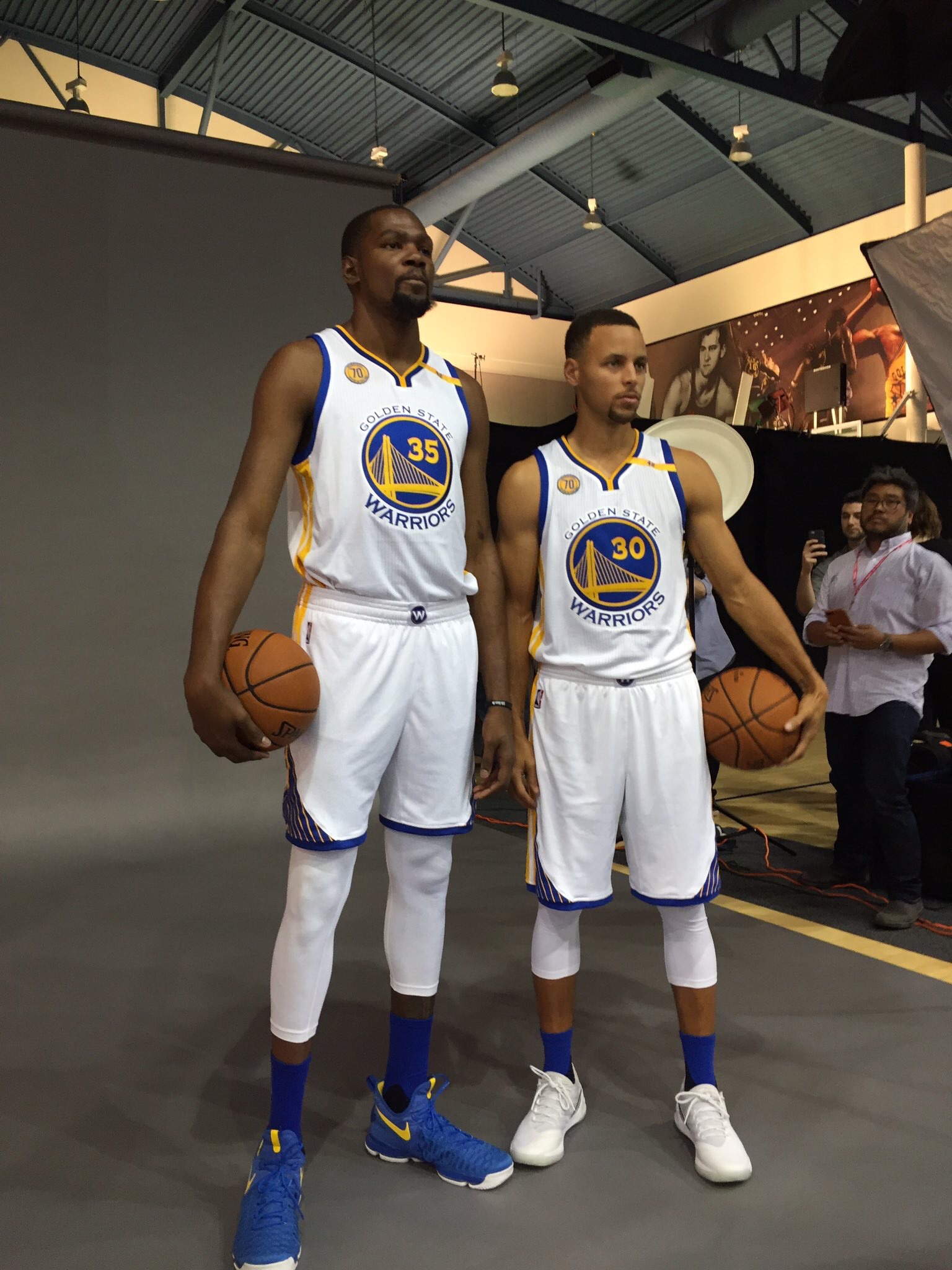 Apparently Harden is going to be full time PG this season.

Isn't he every year for all intensive purposes lol.

Zubac "Practicing with Mozgov is gonna make me hard... stronger"


Isn't the term here ball hogger and not ball handler (:


Isn't the term here ball hogger and not ball handler (:

Neither does Houston's lack of one

Don't call me James wrote:Season about 1 month away

Season ain't even start yet, yet the salt is active

If both Warriors and Cavs make the finals again this year (which it's pretty much guaranteed) it will the first time ever the same 2 franchises have faced off in THREE consecutive finals.

Always gonna be worried about the Spurs tbh.

Cavs gonna make it easily to finals again tho.

Anyone seen Durant's interview on Bill Simmons' show? Guy is legit delusional. He said he's always been slighted and never been called a smart player. I can't bear how mindnumbingly dumb he is.

Page 6 of 40
Permissions in this forum:
You cannot reply to topics in this forum
Latest topics
» 2022/2023 Premier League Discussion