S wrote:Milik continues to miss loads of chances. This Swiss side is simply an awful offensive team. Nice counter-attacking goal though. Good throw from Fabianski to set it up.

Sommer didn't do anything wrong. So far best gk of the tournament.

Swiss as usual awful offensively. Poland are awful at attaching as well.

I think Embolo has a bright future. He's still a teenager.

I think Embolo has a bright future. He's still a teenager.

He's very raw still, definitely needs to develop but I see it too
Then again, Shaqiri once had a bright future, now he looks like a walking, talking bag of sh*t

Shaqiri fan all my life

He's been saving that one up jesus.

What a goal Shaqiri

Had the best 45 minutes of his life in this game probably.

Idiotic tactics by Poland though. They paid the price for sitting too deep.

Outstanding goal from Shaqiri. Very good player and deserves to be at a top club.
Stoke is far above his level.

Nah , he 's not so good he is just a highlighits player

holy shat what a goal

Poland botched this. Now they look down in intensity as well. Switzerland have the momentum now.

Oh and Juventus players participating in this EURO still YET to lose in the tournament :proud :

Switzerland had 15 attempts (and 1 goal) against Albania and 19 attempts and no (!) goal against Romania, too

What a save Fabianski. That could've been the game right there. 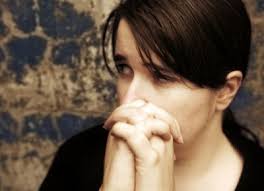 one of the worst i've seen

must have been so nervous

It's okay, we don't get enough penalties for him to put in the stands anyway.