retired for another 5 years

HELL YEAH. Ima move into a closet now.. and bring my TV and console with me. And an electric razor. And kleenex... in case I ever catch a cold, obviously. Oh, and MT.. tell your mom I'm breaking up with her.. for now

I was actually watching some setup videos and came across someone playing MW2 on PS3. That reminded me to do my monthly 'MW2 remastered on PS4' google search.

Onyx wrote:I was actually watching some setup videos and came across someone playing MW2 on PS3. That reminded me to do my monthly 'MW2 remastered on PS4' google search.

Unfortunately I only have room for one mature female spouse who you happen to know very well.

Well, I know you're into wrestling, and Tom told me you fancy this Tamina woman

I was thinking of buying a PS3 again to play MW2. Hopefully this rumour is legit.

Some gamer with 2m twitter followers. (There's a lot of them, but he has 2m followers, so he must be right)

Mr. Syndicate ‏@ProSyndicate  12h12 hours ago
Listen to me when I say I can confirm Modern Warfare remastered is a thing!

Won't play anything but MW if it comes out

It's blatantly true lol, too many obvious reasons why it is.

In fairness the box art says Modern Warfare remastered, could just be Cod 4.

BTW Versacci, new trailer for Deus Ex is up get your ass over to the Deus Ex thread imo

I would buy a remastered COD collection if that included MW, MW2, WaW and Black Ops.

ES wrote:Personally, i hope they dont go that route, im sure my internet woes in ME is well documented in the forum. Imagine having to stream games on it lol

In principle, i like the idea, but yeah when you have outside factors like shit ISP's or the country infrastructure is crap, its gonna suck. Anyone remember OnLive? One of my buddies got it and he couldnt play shit, i think it required a 10mbs connection, we barely hit 8mbs on a good day

Besides, games are ever evolving, what would say, large, graphically intensive games with huge worlds like Witcher 3 need?

Like i said, i like the day in principle but unfortunately external factors will mess it up

I'd give you half of my broadband capacity, if I could. 100mbit+ is seriously overkill, and I don't even download stuff that often.

Dont worry, im not in my home country atm so its not that bad

But its understandable in Qatar's case, like i said about the infrastructure of countries, in our case, most of nationals live in homes they build themselves from the ground up, imagine a piece of land that isnt connected to anything then building a house on it

Fibre is still being rolled out but its hard when 200,000 people's homes need to be upgraded and linking it to a cabinet etc

Got sidetracked but yeah, thats the gist of it

I'm surprised to hear that ES, i mean it's understandable in some countries but i would have though the infrastructure for that sort of thing would be a lot further along in Qatar.

I mean, its kind of understandable when you take in the big picture, we are doing 200 years of construction in 20 years, eerywhere there is construction from underground rail, to overground, to new mini cities, to a new harbor, everything is under construction and im not exaggerating. Going from West Bay to Aspire would take around 1 hour when in reality it should take around 20 mins, traffic congestion is part of this as they close down multiple roads, lanes etc. If you live in the heart of Doha, your net speed should be fine, since, thats the place where everything is developed/modernised (apart from a small section), but in my case, i live around Aspire and the net is just dross, they havent rolled out fibre there yet, but they plan to soon in around 6 months, so im stuck with a 5mbs wood connection for the time being 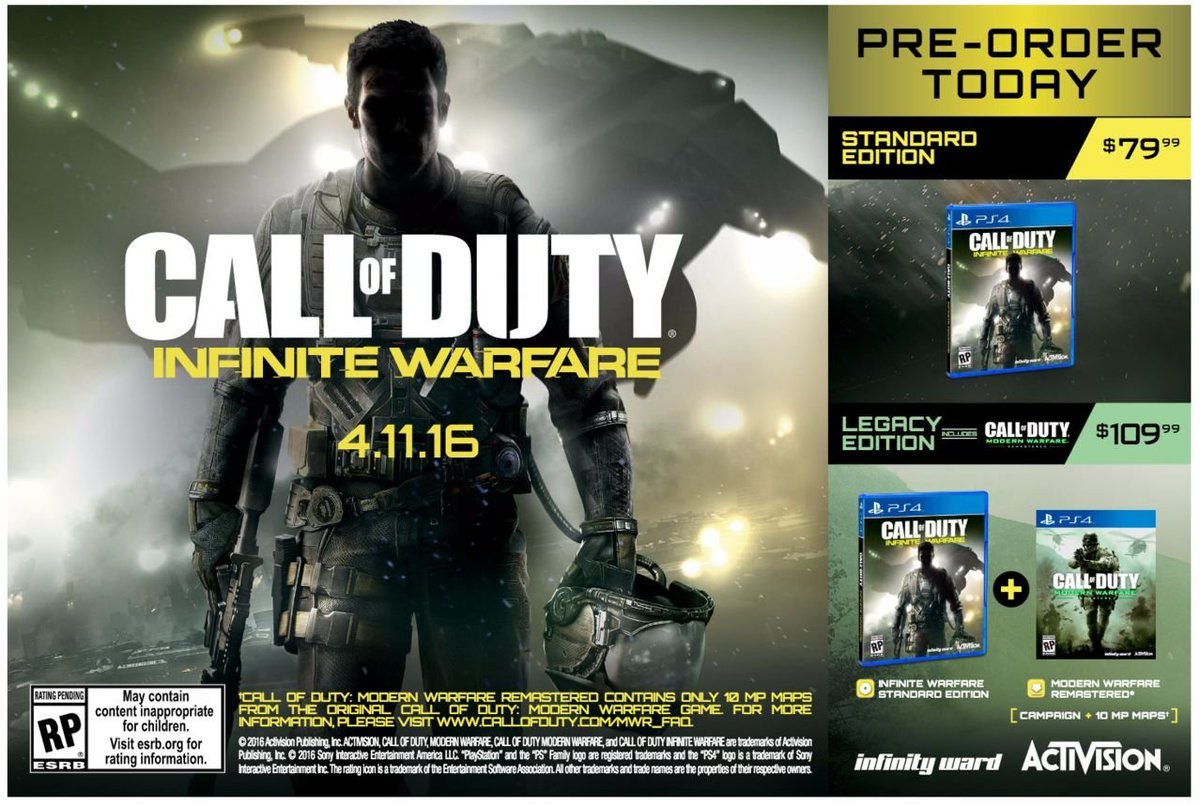 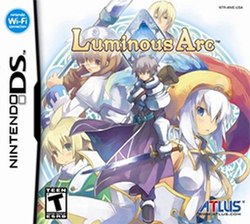 When it starts, Luminous Arc appears like a basic, even pretty good, Tactical RPG with a cliched story. For a while, it continues being that. However, as it progresses, and as cliche is built atop cliche, both the plot and the characters start getting on your nerve.

Finally, the terrible plot, characters, and overall presentation of the story is what makes playing this game difficult. While the battle system is pretty good, its not good enough to hide such a truly awful and predictable plot.

"Determined to free their homeland, they launched a counter strike"

However, the game's plot then goes into the ridiculously stupid territory, as it adds more cliched characters, gets worse in its dialogue and VA, and offers you the most blatantly evil church to ever exist.

You must seriously doubt the intelligence of every person in the game's world, because the church's officials are so cartoonishly evil, you could imagine them running around sporting long mustaches and putting ladies in trains.

What makes it worse though, is that the good guys are even more one-dimensional than the evil guys. A simple collection of tropes, none of these characters you haven't seen in other games and anime. Yet, this game even finds away to reducing a trope to its most basic and simple form.

First, I didn't think the VA was bad, and I actually still don't think its the VAs fault even as it continued to grind on my ears. This is clearly due to an obviously amateurish dialogue. Not only is it written in such way as to convey information in more words than needed, it is also rife with grammatical errors and inconsistencies. The game introduces a lot of terms, and yet it does not offer a correct way of using those terms culminating in terrible dialogue whenever such a term is mentioned. Which is about 50% of the time.

Normally, for me, a game can get away from having a truly terrible plot. However, Luminous Arc's story forces itself on you, and is represented in such a way that it is supposed to be a driving reason behind playing the game.

Before each battle and after it, some lengthy scenes play out, supposedly to reward me with story exposition. All it does is make me apprehensive at starting the next scenario because the story is becoming more offensively stupid as it progresses.

"Conserving energy for current task. Splitting you like an atom"

Before you start playing the game, do yourself a favor and only use button controls. While you would think that touch controls would work wonderfully for a Tactical RPG, the developers here made sure you will have a terrible time if you tried to here.

Into the actual gameplay, Luminous Arc is a pretty good Tactical RPG that doesn't try to do anything different. Literally everything here has been done in some other games, but it is done well and is fun enough.

Characters move in a square grid map, with various differences between them. Nearly every character you can use is different in one way. With many witches in your team, it is surprising how each one of them can be used in very different ways.

While never very difficult, the game progresses at a pace that if you opt to keep all your characters close in level, would be enough to pleasantly challenge you. This means that you will often lose characters in the middle of a battle, but you will rarely be in a serious danger of loosing.

The game is fast enough, with turns going back and forth between you and the computer. Except, sometimes the game has some noticeable frame-drops, which happened frequently enough for me to notice.

Apparently, the decision to have one dimensional flat characters originated from their design. Each character can easily convey all the depth of their "personality" visually through both their portraits and facial expression. In fact, if the game was presented in such way, it would have been better.

Characters have various facial expressions, the design follows standard anime design principle. Each character is differentiated with a color scheme almost always relating to their magical element, as well as an individual style.

The sprites for each character are also made with such detail, perfectly capturing the 2D portraits. Both fiends and enemies are well designed, and there is absolutely nothing I can complain about in the visual front aside from the aforementioned frame drops.

In the sound department, while I don't necessarily blame the Voice Actors themselves, I found it to be increasingly annoying. At first, I didn't complain, but as the game introduced some of the more outlandish characters it also introduced more and more terrible voice acting. Through both content and delivery, there were multiple cringe worthy moments.

As for the game's soundtrack, its adequate in most cases, but it is barely noticeable. More so than usual with this genre, the tracks disappear into the background.

Rarely, a game's story can carry mediocre gameplay. Normally, its the gameplay that can carry a mediocre story. In this case, Luminous Arc's solid gameplay is not enough to counter what I see as an offensively boring and cliched story.

For some who are not at all familiar with anime cliches and JRPG tropes, this wouldn't be a problem, and I actually would suggest this game for kids just starting to get into more complex genres. However, for many of us cynical veterans of videogames, this is simply not worth wasting our time on.

"Tips"
1- Try to keep all your characters in the same level.
2- When leveling up, you go back to 0 exp, so save the kill for someone who just leveled up and not for someone who is close.
3- When the battle winds down, use that opportunity to help some characters level up.
4- Money is scarce, so its not always wise to buy everything.
5- In order for the seal-looking character to be of any use, you must fuse his weapon with stones that will raise his pitiful accuracy stat.

I usually have higher tolerance now towards these cliched JRPG stories than I did in my late teen years. Now I actually play Tales games without cringing every second scene. However, Lumnious Arc's level of cheese was just too much for me.

Next, I am going back to the Advance Wars series, specifically to Advance Wars: Days of Ruin which is the last game in the series so far. Lets see the title apparently Nintendo wants to leave as the last in the franchise.

Why remaster COD 4, when every other game that cam after it is nearly the same bloody thing.

Exactly my thought lol, I have zero interest in it.

Can't you buy it standalone?

We'll find that out when they actually announce it, speaking of announcements though the next Battlefield will be revealed next Friday.

They actually managed to really *bleep* it up