It's a crazy number of games we're having. A mid-week round in the Prem, we're playing on Tuesday night. And it's all eyes on our game, too, as everyone's waiting to see just how far can Liv... err, Leicester go.

Hopefully we'll have a more attacking line-up than Milner, Henderson, Lucas and Can packing the midfield.

What the hell happened to Sturridge?

I thought he was having his own preseason. That was announced like a month ago.

This guy is so *bleep* worthless at this point.

Don't call me James wrote:What the hell happened to Sturridge?

I thought he was having his own preseason. That was announced like a month ago.

This guy is so *bleep* worthless at this point.

Sturridge is expected to be back in training Wednesday

Sturridge, Skrtel, Coutinho and Origi all returning to training this week, according to the club.

Imagine having a fully healthy squad to attack the back end of the season/cups with? That'd be nice.

ings will be back playing before Sturridge.

I find myself looking forward to this game a lot. But if we don't win, I hope we lose, so that the foxes get three points instead of one.

I would share that sentiment but I actually don't care who wins the PL if it's not us. I want Liverpool to get as many points as they can. Leicester is a nice story but they're not going to win the PL over Arsenal/City/Tottenham.

Clyne - Lovren - Sakho - Flanagan
Can - Lucas - Allen
Ibe - Firmino - Lallana
That'd be nice to see. Though I suspect it will probably be Milner over Ibe.

That quartet of CMs just doesn't excite me.

for all the good football, our players cant finish the chances.

For the love of...how does Moreno still start? I can't see any value that he brings to the team besides jumping around excitedly when other people do something good.

Allen should be on also probably over Can or Henderson.

Mignolet certainly can make some brilliant saves. Too bad he's braindead and has no skill with the ball.

I was in the same boat as Morty. I'm glad Leicester got 3 points. Draw would have been just as pointless. If we couldn't win this then losing was the next best result.

This squad is dire. I'm personally focusing on the cups.

Helmer wrote:for all the good football, our players cant finish the chances.

That's why I've been saying we should play Benteke, if for nothing else than his ability to finish chances in the box. Our attacking play isn't any better with Firmino up top. There's also zero justification to continue playing Henderson, Milner, Can and Lucas at the same time. At least this will surely chance once Coutinho is fit to start again, which hopefully is soon.

I didn't think Mignolet did anything wrong tonight. He can't stand on his line for the first goal and Vardy just hit it perfectly, got that up-and-down swerve on the ball, over the keeper and down into the goal. It was a great hit, not bad keeping.

Meh, hopefully we'll do well in the cups.

Mignolet was in no man's land on the second one. You can't be off your line by that much on a ball to the side with a CB already there. It's very basic. There was absolutely no reason for him to position himself like that.

Vardy took one look, saw that the keeper was too far off his line and he tried the shot. If Mignolet was in position, he would have never tried it.

It doesn't matter because Sakho should have dealt with that ball anyway. He's been very poor aside from a game or two lately.

I agree with user "Unique" tbh. Imo our squad is better than Leicester and they are first.

Benteke is worth 32m. Vardy is worth half of that. We should not be losing games to Leicester because our squad is better. And we have a better manager. And our players cost more. And Vardy is a racist.

Centre forwards win you games. It's as simple as that. They score goals, they put the scoreboard pressure on, and well, the best way to defend is to attack. You win games by scoring goals.

Amazing strikers literally injury riddled to the point where they fade early and we rely on them to much that our season essentially fails when they're injured. They score goals BUT they do not see enough time on the pitch.

Tall, strong, built men that don't get injured. But can't score. But never really given a chance for the reds, why? Was user "Art Morte" right all along? Does Liverpool need to play with a big number 9 up top? Look at West Ham.

I also agree with user "Curtinho" and his love for his brother, Joe Allen. He should be starting games. He is just brilliant little Joe is. He reminds me of, hmm, Jay Spearing so he must be a scouser by heart. Everything he does is just so elegant and so euphoric. Also, he has a big cock. And such a beautiful smile. 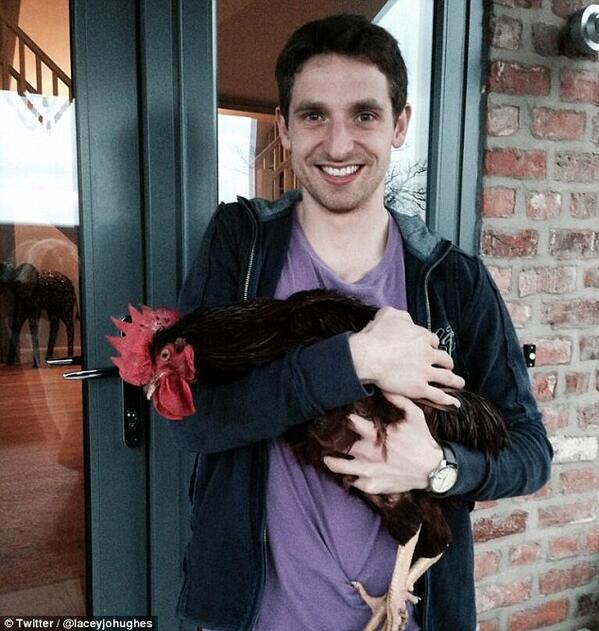 I also agree with user "Don't call me James". (This ones actually serious but.)

And also with user "sportsczy". Sakho was MOTM, Mignolet is a joke. (This ones back to being sarcastic.)

Okay thanks friends, have a nice day!!!!

Benteke is not primarily a big target man, but if calling him that makes it easier to criticize him, go ahead, I suppose.

Mignolet was fine this game. I mean, could he have played that first goal better? Yeah, but it was a great strike can't really blame him for it. Meanwhile he made at least one or two goal saving stops in the match (one for sure on Mahrez). Can't blame Mignolet for this game.

Allen should have started not really sure what your issue is there RA. He's clearly been on another level compared to our other midfielders of late, and Can especially has looked just exhausted in second halves of the game and his decision making is questionable at best.

Like Ibe, I don't mind Can playing a lot even if he keeps making mistakes. Both are at an age where they need to play to develop. If they try and fail now, the chances are they will try and succeed in the future. But if they don't try now, they will fail in the future, too. Need to pay that price for education.

Sure, but consistent failure can also have a big impact on confidence. Plus only Clyne and Mignolet have played more minutes than Can this season. He could use a rest and a fresh perspective.

Benteke is best scorer in the team imo still he is being benched week in week out what is rationale behind it?

Today at 4:47 pm by BarrileteCosmico

Yesterday at 6:51 pm by Myesyats

Yesterday at 9:00 am by Harmonica

Yesterday at 7:09 am by Harmonica

Yesterday at 3:52 am by Myesyats