They should all be charged with murder, absolutely. That's what it was, and everyone knows

I saw the video and it made me sick to my stomach. It was straight up murder and the guy was enjoying himself. The smug look on his face says it all.

All four cops have been fired but that should not be all. As you all have said they should be charged with murder and accesory to murder.

The cop who killed the guy deserves maximum sentence for murder, but the other cops don't, imo.

Were all the cops the same rank? If one of the other cops was of superior rank, he deserves to go to jail.

Remember, the cops were fired because the murder was filmed. Now take a moment to think about all the murders committed by the police with no witnesses in sight.

I think all of our countries have their fair share of police brutality, but the US certainly takes the cake as the most brutal one.

The man wasn't resisting arrest and he was begging to be allowed to breathe, and that barbaric SOB is pressing his knee into his neck like it was nothing?!

I agree with those of you who think firing them is not enough. They deserve to be punished, especially the one who killed the man.

Yeps, its not that police brutality is getting worse in America. Its just getting filmed more. Imagine how many times things like these happened only without someone filming them. Then they have free rein to write BS like resisting arrest in the official police report (which they also did this time).

in a way, there might be no other way to look at it than you're fighting a war against bad guys who want to kill you, and these bad guys are the police
because it's very obvious that the police is an organization that not coincidentally, but intrinsically, attracts and breeds racist murderers

not just in the US

The police force needs to be kept in check because they often use way more power than they are and should be allowed to and that is indeed a universal problem.

I've got a lot of friends that live in Minneapolis. Crazy what's going on

The rage is palpable. This feels different. It feels like Trayvon Martin again. Media is a bit more silent though because of how much coverage coronavirus is getting

I know quite a few police in the US. They are mostly perfectly good and normal people. The ones that have gone crazy developed that trait on the job from what I've seen... for example, a friend of mine from High School became LAPD and worked some rough neighborhoods (South Central, East LA, etc.). He became bigoted from his environment from what I could tell. Unfortunately, every single person that shot at him (happened a few times) were minorities. So he developed a stereotype bred from his personal experience. It's almost a coping and survival mechanism.

It also depends on the precinct. For example, I know that the Baltimore police department is plain racist for the most part, pure and simple. They literally have KKK as police officers lol.

Big country. 350 million people. I don't think police brutality here is so bad. I saw it just as bad if not worse in both France and Italy.

I agree that it's a few bad apples.

But the full saying is "a few bad apples spoil the bunch". When there's these racist, murderous police officers in positions of power and they kill civilians, then everyone is involved is equally bad imo when they don't speak and act out against it. The fact that "good" police officers cover shit like up makes them automatically bad.

I just don't understand how this can continue like this.

And it's not just the police that's a problem. It's also prosecutors who refuse to hold them murderers accountable. Prosecutors like VP-candidate Amy Klobuchar.

She's very much at fault for the murder of George Floyd:

Next time she's on @CNN, I'm sure they'll ask her about it. https://t.co/k8qFXicitA

It's not the good ones that are covering up for the bad ones...  it's the culture where, if you talk to internal affairs, you're a snitch/rat.  Nobody trusts you anymore.

It's like the military.  Different rules than civilians. Chain of command is absolute.

It's up to the leadership to bring change, not the rank and file imo.  And again, there's no appetite in the US to change the police system as it mostly works.  Crime rates are at all time lows:

@sportsczy wrote:That police officer committed straight murder and the other officers were accessories to the crime... they deserve everything that's coming to them.

we've watched this movie play out before, grand jury acquitting him on some technicality

Are there any details on the firing? A lot of these situations had officers put on paid leave in actuality in the past.

The mayor's response was good though this time.

@sportsczy wrote:I don't think police brutality here is so bad. I saw it just as bad if not worse in both France and Italy.


this is debatable imo

US police kill a disproportionate amount of people, that is violence. But I guess that circles back to the fact that guns are allowed while they should be banned.

But a civilized country should be way past those wild west numbers. 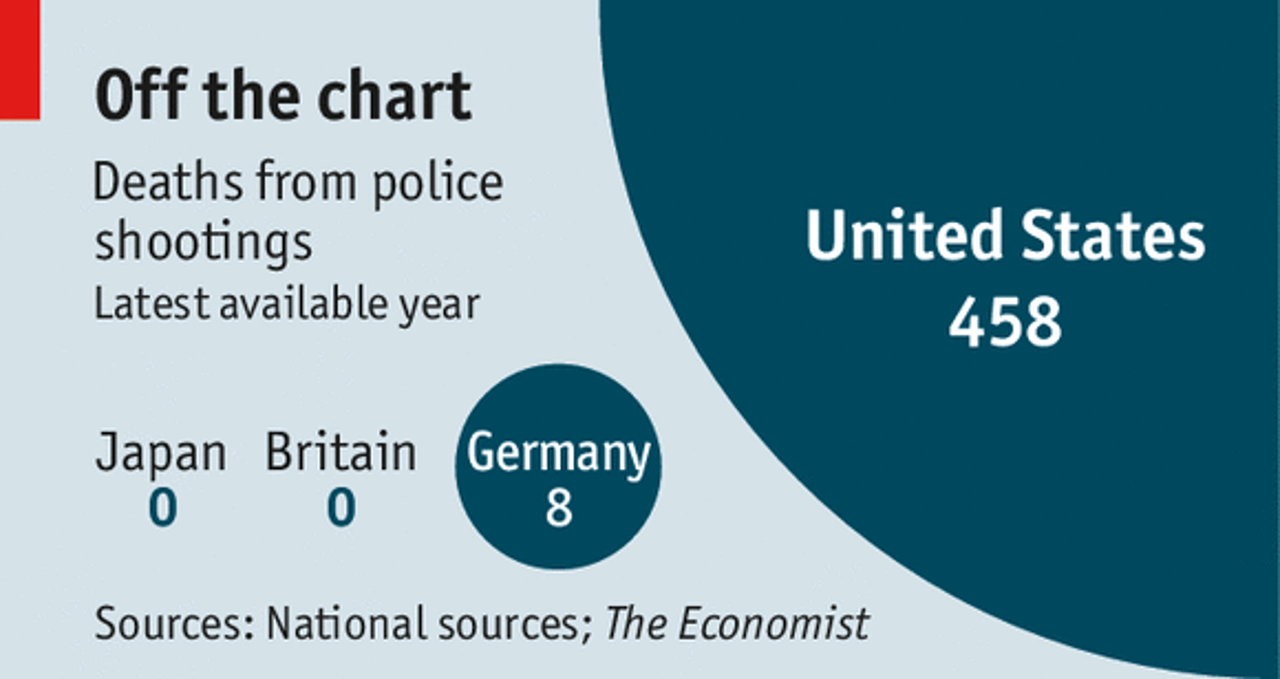 Lots of thoughts on what's going on in Minneapolis. I'll keep them as concise as I can:

- If you support the protests, but not the riots, that's fine just so long as you understand why the riots are happening. It's not just because some folks saw an opportunity to loot and destroy shit. Riots happen when the concerns of a community are not heard and acted upon. You don't have to support it, but at least understand it.

- There is no such thing as a "good police officer" to me. Good police officers would not have allowed George Floyd to die the way he did. Instead they just watched or actively participated. Bad cops get away with this because they know no one will hold them accountable unless it's caught on camera. Until this changes, they're all bad cops to me. There is no middle ground here.

- Normally, I'd feel better about the FBI being involved here, but I don't. So many cops have gotten away with murdering black people, even with video evidence. Botham Jean was murdered in his own home by a police officer who mistook it for hers.....and she got a slap on the wrist and a hug from the judge (As well as a hug from Jean's brother). Eric Garner was choked out and killed by police and the Department of Justice declined to try his murderer. I could go on and on of black people being killed by cops and those cops getting away with it. You think the rioting is bad now? Watch what will happen if these 4 are not convicted and given lengthy sentences.

- Why haven't US police been better trained to prevent shit like this from happening? Simple. Police unions are extremely powerful and influential. Politicians from mayors to governors to senators even presidents often don't get where they are without the support of these unions. As such, the unions protect the police departments from true accountability, allowing them to police their populaces however way they feel they should be able to, resulting in what we've seen over and over again. This will never end until the power these unions have over politicians is broken.

I have often wondered why when there are peaceful protests over legitimate injustices, (almost always) looters and riots appear suddenly out of thin air to discredit the whole movement and give those who are behind those injustices an excuse to ignore the peaceful protesters and make the public eye do the same as well.

Page 40 of 40
Permissions in this forum:
You cannot reply to topics in this forum
Latest topics
» What kind of goal that you enjoy the most?

Today at 1:19 am by BarrileteCosmico

Yesterday at 11:48 pm by Robespierre

Yesterday at 10:45 pm by Winter is Coming

Yesterday at 9:57 pm by Nishankly

Yesterday at 9:48 pm by Hapless_Hans

Yesterday at 8:02 pm by Firenze

Yesterday at 7:39 pm by BarcaLearning