On Affleck, I was always supportive of his casting. I liked him as an actor and was excited at the possibility of him directing Batman or Justice League. Only I hated was Jesse Eisenberg as Lex Luthor and even after the trailer I'm still on the fence about him.

Think this is more accurate RG

Just realised there isn't any comic book film till next year now.

You calling me out? 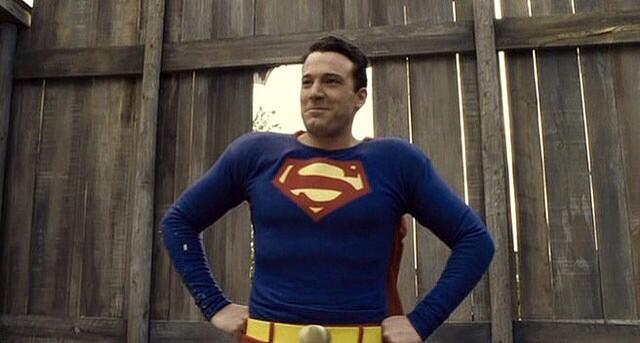 Here's a talk about how multiple sources claim that Fox sabotaged Trank by messing with his script and keeping him away from the editing room, and cutting 3 action sequences.

Never heard anything like it. Poor Trank tbh. This has destroyed him...

This whole case would make a great documentary, that would no doubt be better than the film.

Sounds like damage control to me. Rumours had already started circulating weeks ago that he had issues on set and caused a great deal of problems himself; with those rumours swirling as context this tweet feels as though he's just trying to get the first shot in for the inevitable blame war around the movie's poor critical performance as the studio will undoubtedly begin surreptitiously feeding/fueling said rumours to push the blame entirely on Trank.

Think it was a failure by all parties though, to be honest. A film doesn't fare this poorly and this consistently with critics and audiences without being a seriously flawed project at basically every level.

Well there were reports of

"Trank showed up to set late or so high he couldn’t speak almost everyday. Some days he didn’t show up at all. He treated crew terribly. He trashed the house the production company rented for him. From what I’m told he did a couple hundred grand worth of damage."


Obviously half truth half lies in most of these reports. One thing which everyone can agree on is that it was most likely everyone's fault at some level rather than one person's or party's.

There's multiple sources saying they screwed him by cutting away 30 minutes of the film. From Fox and VFX personnel. And if you watch it, it's a 100% certain he didn't make the entire film.

I already think the rumours have been started by the studio a lot time prior to this. Because at no point did they try to stand up for their director while he was getting abused by the media. They knew what they'd done to his movie.

I'm with Trank in this. The firt half felt like chronicle and then the last half was like a really bad superhero cheesey film.

No matter what's gonna come of this it's gonna continue for months with rumours and Trank is going to have to build himself up again. After he have bitten the hand that's fed him.

To be honest, I'm not at all surprised you are, Freeza. Take this as you will, but it appears as though you WANT this film to be ok and WANT the issues not to be Trank's fault. While I can understand that (we all have our wishes and biases) there's no getting away from the fact that this film is clearly NOT "ok" or even "decent" and that the flaws are so massive that it cannot be explained away as one particular party's fault.

Seems to me that everyone attached to the film bares some amount of blame and that Trank and the studio/company in particular need to face some serious questions. As much as I liked Chronicle even that film had some not-so-nice stories about Trank during filming so it seems clear there is something there, even if it is (almost certainly) being massive overblown and exaggerated by whoever is starting the current rumours (showing up high every day?

Again you keep mentioning these behind the scenes stuff about Trank. But then you discard the other stuff about Fox? I think the film is good in the first half bad in the second. That makes okay. But then again, if I had a relation with the source it would probably be enhanced.

There's a lot of directors who acts like pricks to staff etc. David O Russell the assaulting actors and groping transvestite guy. Iñarittu is also known for being difficult to work with. The difference is they get to make their own film. Trank didn't get to do this.

Fox cut the script BEFOREHAND they even started filming, which could've resulted in his behavior. I don't understand why you hire a guy to do a film and then start altering it before after and during without any dialogue between studio and director.

Also I'm not saying the movie is good or that I want it to be good. But I enjoyed my time watching most of it and I won't apologize for enjoying something despite the popular opinion being that it's shit. When 90% of those people haven't even seen the movie.

I didn't discard anything about Fox though, I said that blame most likely falls on both fairly evenly. I have no doubt execs meddled with the movie... they always do. That type of meddling is NOT enough of an issue to explain the movie's struggles given how pervasive and deep they are. I've not written off anything (bar the ridiculous parts of the rumours about Trank) here.

On Affleck, I was a huge supporter of the decision to make him Batman. Always rated him as an actor. He's got a soft spot in my heart since he's co-written my favorite film of all time.

Not gonna sit here and front that I was supportive of the Affleck decision when it was made.

@RedOranje wrote:I didn't discard anything about Fox though, I said that blame most likely falls on both fairly evenly. I have no doubt execs meddled with the movie... they always do. That type of meddling is NOT enough of an issue to explain the movie's struggles given how pervasive and deep they are. I've not written off anything (bar the ridiculous parts of the rumours about Trank) here.

Okay. But this kind of meddling is something I've never seen before. It felt like a hybrid of Chronicle and Fantastic Four (2005).
There was so much from the trailers that wasn't shown, and with its original purpose.

The whole thing is really crazy. I've never heard of a director being locked out of the editing room.

All in all this was doomed from the start probably. They didn't have faith in this project. The cut the budget and length of the movie before filming, removing action scenes. They wanted a short film, to get more screenings and hide the film so they could keep the rights.

It's like Fox doesn't get that a good film can actually make a shitload of money, like they didn't even give it a chance. Trank despite all his talent, didn't have the character to stand up against this. But then again, neither did Fincher at that point in his career.

Fine read on the whole reaction. Joe Carnahan has some amazing tweets, that guy doesn't give a shit

Also tired of this Fantastic Four/Trank/Fox for now

If the rights actually go to Marvel, what would you like for it to become? How would they fit in etc. Could they even be integrated in the universe? I have zero idea of how they could be integrated