No matter that Pluto was demoted from proper planet to dwarf planet, it is still a source of fascination for scientists. Pluto is one of currently 5 dwarf planets that are accepted by the IAU (Ceres, Pluto, Eris, Makemake and Haumea) and it's one of the "plutinos" which are located in the Kuiper belt that extends from Neptune's orbit to approximately 50 Astronomical Units from the Sun.

Until very recently, the only proper images by Pluto were made with the Hubble telescope which looked like this: 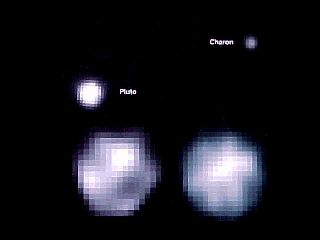 Of course this was not very satisfactory, and so NASA scientists decided in 2002 to set up a space probe in record time (the only possible launch window for the New Horizons mission was in 2006), and while normally the development of a probe like this would have taken 10 years, they now had to speed up the process or miss out on the rare chance to get some proper data of Pluto. (The problem is that Pluto's orbit is very elliptical, takes 248 years around the Sun and its closest distance was already in 1989, with the dwarf planet getting farther away every day.)

So New Horizons was launched on 19 January 2006, which even allowed it to make a swing-by around Jupiter and thus take up speed to shorten the flight time by several years. Nonetheless, it took almost 9 1/2 years for New Horizons to finally reach its destination with the closest distance being reached on 14 July 2015 (12500 km to Pluto and 28800 km to Pluto's moon Charon), when 7 different instruments are supposed to collect data of formerly unprecedented quality.

Since about 150 days ago, New Horizons started to monitor the Pluto-Charon system and transmitted the first colour photos.

Here you can see a photo of Pluto and its moon Charon taken by New Horizons on 11 July 2015: 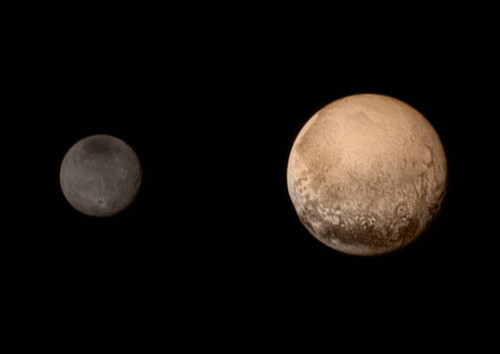 Was reading about this. It took 9 years for the spacecraft to reach pluto

actually surprised it took that less. Would have thought it would be longer

It would have taken longer if they had missed the launch window that allowed them to gather speed by the swing-by maneuver around Jupiter. This actually saved them a couple of years that way.

Plus, if they would have had to take the direct flight path, they also would have had to make the spacecraft lighter (445kg instead of 470kg), which would have meant to reduce the amount of fuel they could have taken along for later maneuvres in the Kuiper belt where they want to target one or the other Kuiper belt object for additional scientific research.

I think the maneuver is called a gravity assist.

Anyways, it's really cool I'm looking forward to the new pictures, the new measurements and what we learn from them.

RealGunner wrote:Was reading about this. It took 9 years for the spacecraft to reach pluto

actually surprised it took that less. Would have thought it would be longer

Same time it took GRRM to release AFFC and ADWD (:

elitedam wrote:I think the maneuver is called a gravity assist.

Ah thx. "swing-by" is a false friend then, it seems. (We use that term in German, and as it is an English term, I thought it was the same in English XD)

"We have completed the initial reconnaissance of the solar system”

They always have the freshest info and pics there ^^ 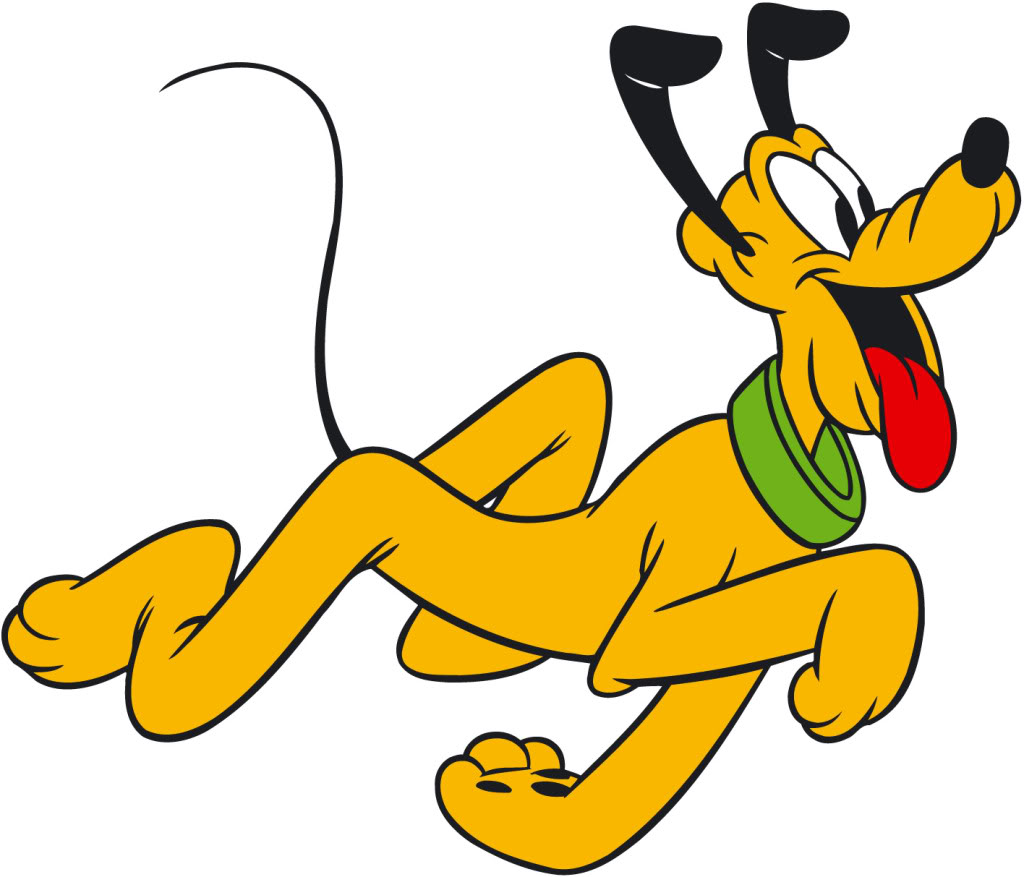 That's a dog named after Pluto, not Pluto itself. It's also something of an ethical quandary given the difference in status and treatment afforded to Goofy...

Is it me who always found it weird that a dog's pet was a dog lol?

Looks like the fly by was successful. We should be getting really detailed images soon however the data won't be fully transmitted for another sixteen months. The data is being transmitted at 1 kilobit per second which (although faster than 90% of the internet available in Brasil) is still pretty slow. Or pretty fast considering it has to travel 3 billion miles. 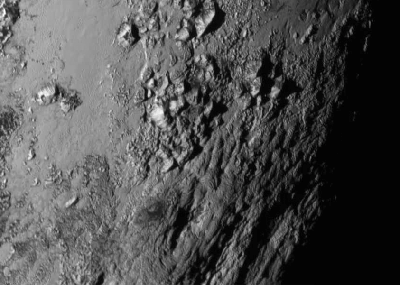 Is it all ice?

The mountains are probably composed of Pluto’s water-ice “bedrock.”

Although methane and nitrogen ice covers much of the surface of Pluto, these materials are not strong enough to build the mountains. Instead, a stiffer material, most likely water-ice, created the peaks. “At Pluto’s temperatures, water-ice behaves more like rock,” said deputy GGI lead Bill McKinnon of Washington University, St. Louis.

The mountains are probably composed of Pluto’s water-ice “bedrock.”

Although methane and nitrogen ice covers much of the surface of Pluto, these materials are not strong enough to build the mountains. Instead, a stiffer material, most likely water-ice, created the peaks. “At Pluto’s temperatures, water-ice behaves more like rock,” said deputy GGI lead Bill McKinnon of Washington University, St. Louis.

These are 3500 metres high structures of a solid material. What else but mountains would you consider them to be?