And UEFA is breathing down the necks of Roma, Milan and Marseille

£55m is like 65 mil euros, most expensive fullback eva.

how much did bayern just splash out for a fullback

We added Lucas as a CB first and foremost

Dunno why Milan and Madrid fans are laughing, you start Abate and Carvajal

We can both laugh at Milan and Abate though.

@Thimmy wrote:You start Phil Jones and Smalling, to be fair.

@Firenze wrote:top 5 RB in the world.

Dunno why Milan and Madrid fans are laughing, you start Abate and Carvajal

ESPN(@MarkOgden_ ) : Ole Gunnar Solskjaer has been given just £100 million to strengthen his Manchester United squad this summer, with further spending likely to be dependent on money raised by player sales.https://t.co/7gZvo4LwuM#mufc #manutd

So, 1 more player unless Pogba fks off. 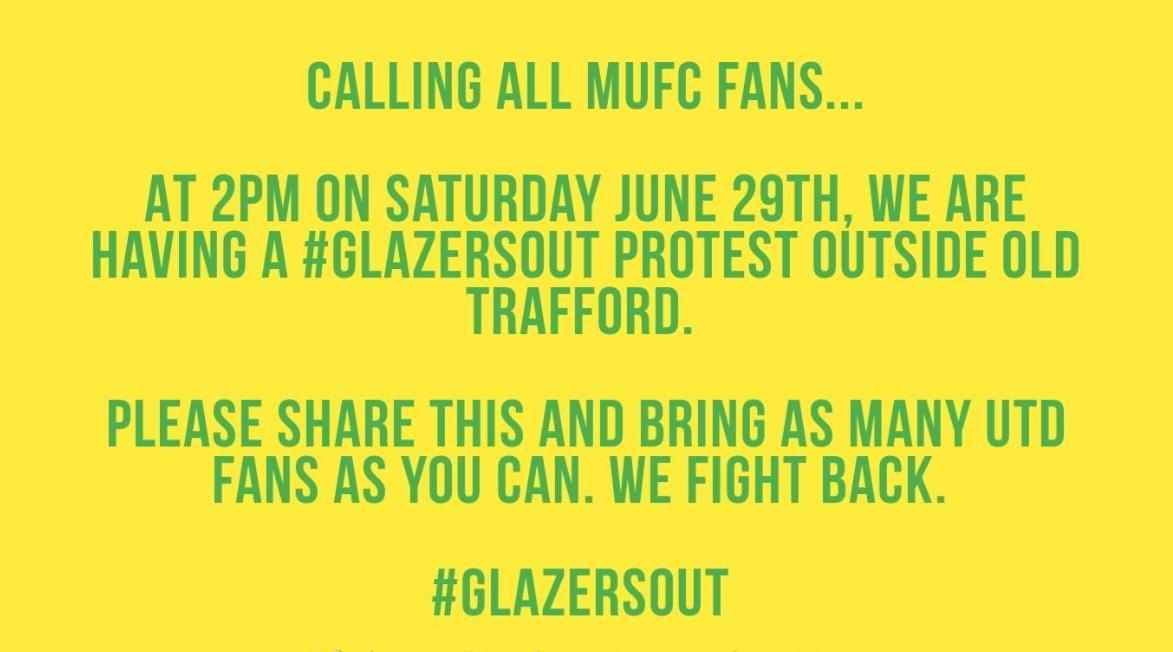 The incompetent fools will still somehow land 2 more signings somehow before the window closes. AWB for 50 mil and Maguire for 80mil (on the pretense that we beat City to it

) on the deadline day to appease the fans and keep that cash coming. The funny thing is if they actually appoint a DOF/Tech director, they could get players for cheap which in turn will save their monies. That’s the part that’s so baffling. Just so that Woodward can have more power, they are willing to take losses?

What are these moronic United fans blaming the owners for? Money's been there for signings.

@Art Morte wrote:What are these moronic United fans blaming the owners for? Money's been there for signings.

Probably because Ole announced that he had hoped signings would be finalized by 1. July, before their pre-season begins. The expectations towards the club's spending power for rebuilding was much higher than what it appears to actually be. I'm not a Man United fan, but there's little to nothing to be happy about, when it comes to how the club is being run. They're already in a rut, in relevance to their prior standards, and it doesn't look like it's going to improve anytime soon. Sanchez is likely staying, and probably Pogba as well. Which means that the lack of a wage structure will likely continue for some time. I think Pogba is capable of providing an X factor in their important games. Then again, he hardly ever does, and I personally think his inconsistency in the league makes him somewhat of a liability in the long term. His inflated stats, unfortunately don't compensate for his lack of sustained performance. I don't even want to imagine how he'll perform if he doesn't get his dream move to any other, big club. There's still no technical director, and Daniel James isn't exactly what I'd call a team overhaul. The transfer window isn't over, though. They'll just have to make the most of it. I think it's understandable that it can be frustrating for fans when the owners of the club don't care much for it's success, as long as it brings in a positive revenue.
_________________

United about to pay Rashford £250k per week, what a joke, he has done nothing

250k / week for a guy who's not better than Callum Wilson

English Mbappe, worth every penny.

i hope this is true. but i very much doubt it

@Mr Nick09 wrote:United about to pay Rashford £250k per week, what a joke, he has done nothing

That's yesterday's news. This is the latest one.

https://www.telegraph.co.uk/football/2019/06/30/marcus-rashford-puts-pen-paper-300000-a-week-deal-stay-manchester/
In like a single day the reported wages went from 200k to 300k plus. Out of their arses, they come, these stories.

Having said that, can’t bring to defend these idiots anyway who chose to let go Herrera for free eventhough he was asking lesser money than these quoted for Rashford. So, yea couldnt care less.
Ole’s precious Rashy and Jesse earning 350k in wages combined.

Boy, what a future we have in store.

Manchester United striker Marcus Rashford has signed a £200,000-a-week contract to commit him to the club until June 2023, with the option to extend for a further year.

The England forward, 21, joined United as a seven-year-old and rose through the youth ranks, making his senior debut in February 2016, aged 18.

"This club has shaped me, both as a player and as a person," Rashford said.

"So it is such a privilege every time I get the opportunity to wear the shirt."

"Manchester United has been everything in my life since I arrived here at the age of seven.

Page 36 of 43
Permissions in this forum:
You cannot reply to topics in this forum
Latest topics
» The Coronavirus Thread - Part 3

Today at 4:28 pm by BarrileteCosmico

Yesterday at 7:28 pm by Freeza

Yesterday at 6:04 pm by Lord Spencer

Yesterday at 2:22 am by McLewis