Last time i saw anything about the game was that cringe trailer like 5 months ago. But everything i've heard sounds promising. Looking forward to it.


RO is getting it too

Great Leader Sprucenuce wrote:RG it's 38 on Shopto which is where i'm getting it, dunno if it's too late to get it early though.

i actually have enough points to get a £10 discount lol. But not gonna use it till it's like £30

Firenze wrote:quite looking forward to it though like I said, I've somehow managed to stay fairly blind to the entire game besides reading the NEOGAF spoiler leak that apparently and thankfully turned out to be false

from what I did hear though most places say it's like 30 hrs long which is a sweet spot for RPG's IMO, rarely can a game hold your interest and still be quality at a length longer than that, which is another reason why TW3 is GOAT

I heard that it's closer to 50-60 if you bother with all the side stuff, even Witcher 3 was significantly shorter if you just smash through the story.

I'm happy that it's not going to be disgustingly big though, last thing i need with Mass Effect and Zelda right after is an 100 hour game.

Took me more than a month to finish TW3 and i was smashing it 6 hours a day ffs.

My latest playthrough on Witcher 3 which i started in October is still going, i have played it sparingly but still lol.

I only just beated Imlerith ffs, unless you smash that game all the time it takes *bleep* ages if you are actually doing everything. I probably won't get round to finishing it all until like September or something lol.

It was yeah, hasn't arrived though. Monday was always a long shot tbh, I should get it tomorrow.

If not it means Sony has made people hold it to prevent pre release deliverys.

Although that's unlikely it has happened before.

Nah my copy was dispatched today. Think we'll get it tomorrow. Still 1 day before release

Really hope I find my passion for gaming again when I start this.

I didn't feel like you felt that way when playing Blood and Wine, Dark Souls 3 and Bioshock tbh.

Just seems like after being away for an extended period of time you are not really in the mood for it.

Happens to all of us, including me tbh. Which is why I keep going back to Witcher 3 over and over lol.

Early impressions are that the combat is awesome, easily the best open world combat since Dragon's Dogma. Really satisfying with the bow and arrow and other stuffs like traps, bombs etc etc to vary the combat up and there's other stuff i haven't got yet.

The main character controls really smoothly, can't see anyone complaining about bad movement like in most RPGs here tbh. Enemy design is really great, not just in visual looks but also they seem to be quite varied in their attacks from what i have played so far which is making it reasonably challenging even on Normal so far.

Graphically it's the best game out there by far, it's Uncharted 4 ( maybe better) level fidelity in an open world which is insane. The main character is great so far, got invested into her story and motives very early on and the story itself is very interesting but we'll see how those things hold up.

As for the previous concerns about Far Cry, it's honestly nothing like that game outside of the crafting and skill trees which are very Far Cry but i'm not finding that an issue because the rest of the game far exceeds those games in every other department.

Also one really cool feature i like is they added this thing with crafting that if you want certain materials you can ask the game to "create job" and it creates a quest to find those materials and i feel it takes away from the chore type feel crafting sometimes brings. 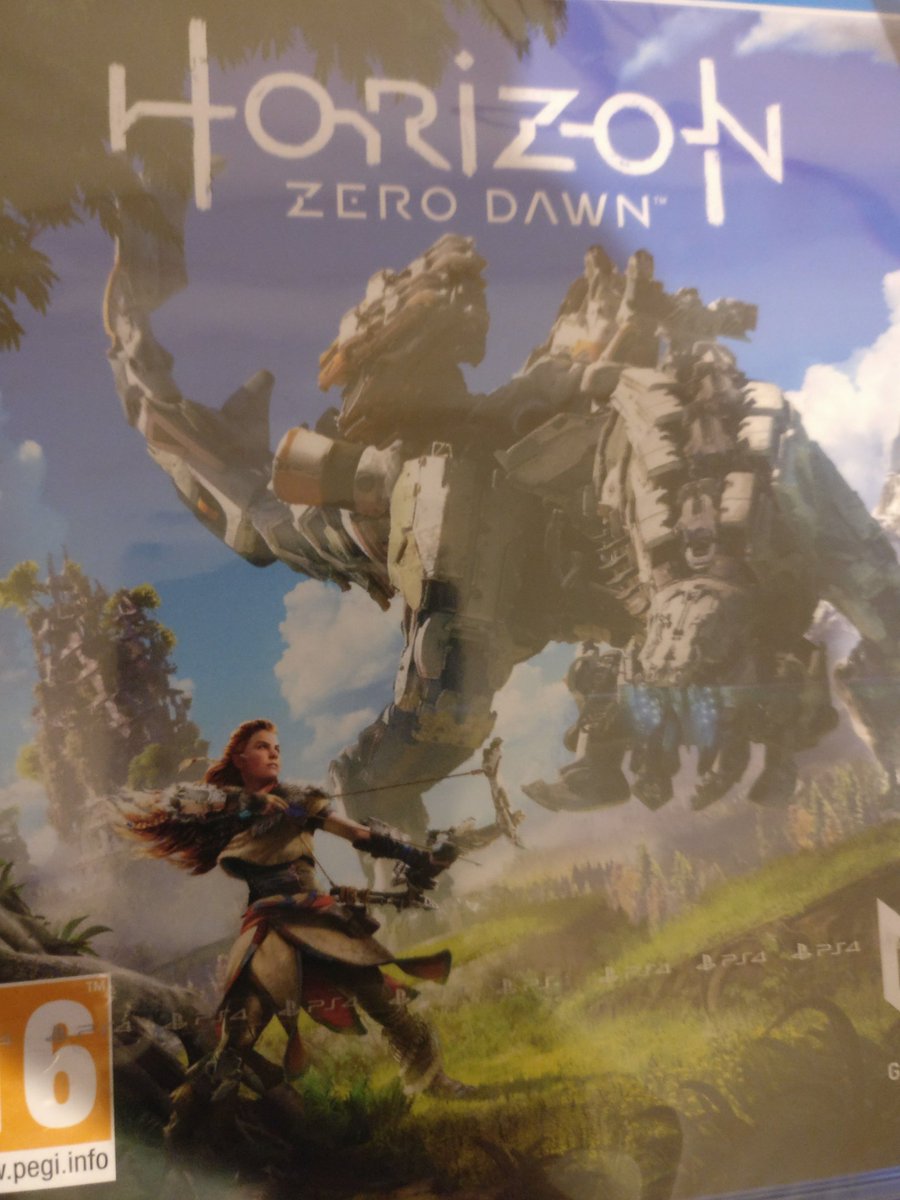 I can't wait to fight that thing on the box btw lol, biggest thing i faced so far was nowhere near that big.

Don't know why Far Cry is used as a negative barometer. Far Cry 3 was one of the best games of last gen.

3 was yes but i think people are tired of the Far Cry formula more than anything else tbh, rather than them being bad games.

Like i said i think people are tired of the formula rather than them games being bad.

Too many sequels at once in a short span, which Ubisoft seem to do a lot. Probably a good thing if the series went away for a while, like Assassins Creed.

lmao at that Lion King ritual

So difficulties are from Easy, normal, hard and very hard. Tempted to go for very hard but not sure. Difficulty doesn't affect any trophies. Hmmm

I was gonna say take one for the team and scout the trophies, so no missable? no difficulty means I'm 100% on easy lads

jk I'll play on Normal until my first death

if there are 100+ collectibles though I'm not even attempting it

I didn't read the description because 80% are hidden trophies lol

There is only 1 missable. Going to spoiler it eventhough it's not a spoiler

Spoiler:
Number of missable trophies: 1 (“All allies joined”) – Always choose heart during dialogues and do all side missions. Do not kill Nil in the side quest duel.

all side missions FML

not really in the mood for another 50+ hour game

Similar topics
» Is a sino-japanese war in the horizon?
» The night is darkest before the dawn...
» From Dusk Till Dawn
» Serie A in trouble, FFP on the horizon
» Granqvist 'surprise' on the horizon