Only using pyromancy as backup now. Gone full knight lol. Using Chaos Astora greatsword. Even beat pontiff with it in one go ffs.

still not got the plat? 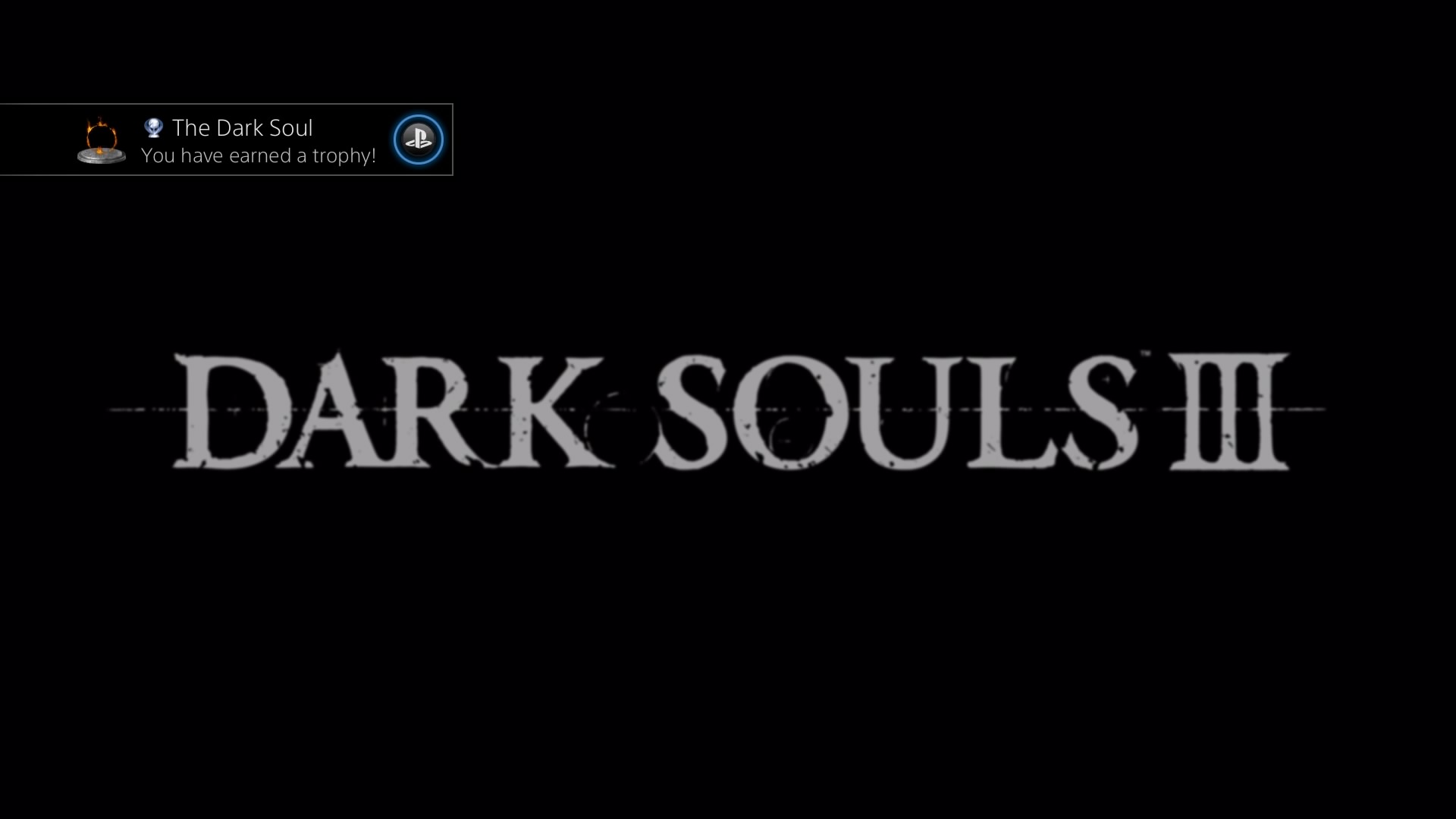 Wasn't that tedious in the end. Actually enjoyed the NPC quests.

They were better than BB & DS2 in this. Still a bit annoyed though cause half of them went nowhere, almost like they ran out of time in dev. Prefer the characters in DS1 IMO. Hope the DLC drops in about 2 months or so.

Yea I was expecting a better ending to Siegward's quest. Just died randomly.

Was reading the lore for the nameless king. He is the first born of gwyn and ornstein's teacher

Also watched the final boss fight from DS1. That music in DS3 ending ffs. My hype level would have gone 99% if i played DS1 and then that music hit lmao.

Had an amazing match just now lol. Fitting ending too

can get into some banterous situations

still see you on it a lot, what build you running?

if you need any +10 weapons let me know, got 4 slabs on my japanese acc

Pyro-warrior. Level 170 something so capped int/faith at 40/40 and put rest in strength/dex. Using Chaos astora greatsword.

I have quite few slabs too. Don't really need any other weapons.

Invading is so addicting. As an aldrich faithful you get summoned every 2 mins lol.

DS2 arrived today so will start that. Not sure which character to go with. Might stick as a pyro on there.

but I had an insanely broken build to get the plat, used moonlight great sword + crystal magic weapon buff until it got nerfed heavy

there's a mechanic in DS2 where you can burn an item at a bonfire and it increases the difficulty (like a NG+) in the area and it respawns the bosses, some bosses drop different souls that let you get better spells/weapons.

I think you'll like DS2. First few areas are kind of shit though. Might be harder to play since you came from BB/DS3 where the movement is more fluid. Has a few of my fav fights in the series but way too many tall knight bosses.

Saw on DS3 reddit that many went back to DS2 after finishing DS3. Was surprised because I always thought DS2 wasn't that good. They said PVP is better there. Apparently PS4 version is quite more smooth than the ps3 version. Will see though.


Might go old fashioned knight. But I'll struggle more since I am crap at rolling and don't really like to.

How much of DS2 do you remember in case i want to discuss it?

Been at war against Ogre and game mechanics since min 1.

RealGunner wrote:How much of DS2 do you remember in case i want to discuss it?

if you mention something I will remember I'm sure

RealGunner wrote:Been at war against Ogre and game mechanics since min 1.

the ogres in things betwixt? lol

No not that one. Somehow beat him in 2 tries. The one in Forest of Fallen Giants is annoying me for some reason.

smh had to cheese him. Oh well.

Have I missed the firelink shrine or something? I dont even have an ashtus flask ffs

it's called Majula, talk to all NPC's there

Forest of fallen Giants is one of the paths from there