I don't understand this talk about Jon's supposed "side-quest" ? Where , or what does it even point towards this being a side-quest?

Jon takes this extremely unpopular decision to help the wildlings and allow them entrance to Westeros , for reasons both legitimate and undisclosed to some of the NW . In order to do this , he has to free Tormund Giantsbae , Tormund which the NW hates to the death and by doing so , he lost a lot of face among his own . He's doing all of this to the Night's Watch's utter displeasure and as if this wasn't enough , he's going to severely endanger their lives to achieve this task . I'd say he risks losing more than face here , he risks losing the respect of the NW really and it is incredibly easy to see why. What possible side-quest would be worth all of that??

He's basically taking every risk possible to ensure the White Walkers won't have an even bigger army , that alone is reason enough to understand this is by no possible means , a side-quest. And then , there's all this hate between NW and the freefolk , which makes this expendition to Hardhome extremelly difficult for everyone involved .

All in all , this is no side-quest . Nothing points towards a side-quest , exactly the opposite i would say , denying the dead in numbers and also trying to add to the numbers of Westeros , or his own , is by no means side quest. It's as important as it gets.

I feel like Jon has a terrible communication strategy. If I were him I would emphasize that if they don't save the willing they will just join the army of the dead. He is not making that point forcefully enough.

The likes of Alliser Thorne, Bowen Marsh, Yarwick and the other fools who are against Jon's decision weren't at the Fist of the First Men right? They probably don't believe that White Walkers even exist and only see this young Lord Commander making reckless decisions to bring his wildling friends south of the Wall.

But then they've seen or atleast heard about the wight that attacked Lord Commander Mormont in S1. It's either bad communication skills as BC says or they just dislike every decision Jon takes because they dislike him personally, especially one decision as unpopular as this one.

Then again, that prison scene wasn't that pointless since GoT needs to show a few titties per episode.

Pointless?? that was the best scene of the episode for me , i will never forget those tits

I liked what Urban mentioned though , that she did all that to make his blood run faster and make the poison do its work faster than intended . Then again , for what ulterior motive , i can't really guess why . You know , since she gave him the antidote too .. lol

Jokes aside though , i don't think that scene was pointless at all , she probaly had a good reason for doing so . Seeing how tough Bronn proved to be , she may be thinking of manipulating Bronn in order to get out of that cell , if an opportunity arises.

We have to wait and see what Bronn is thinking about her saving him. Not a man of gratitude , Bronn. But maybe he wants to sex her , hmm that's all the reason i would need really. I'd definitely help her out if i could bang her later despite anything , even knowing i was being baited

Bronn is such a GOAT

Hope he doesn't get K.O'd to hell like the last 40 people i've complimented.

Hope he doesn't get K.O'd to hell like the last 40 people i've complimented.

that's what i am afraid really. I said that in the other thread , when they fought each other i noticed him being cut and you know , Oberyn's daughters means weapons will be poisoned e.t.c

still , i must stay it still somehow doesn't look good for Bronn. I mean Jaime is a Lannister and Lord Commander of the Kingsguard , hated and despised sure , but they can't actually kill him on the spot to be honest and Doran knows it . Doran also doesn't know the GOAT Bronn is , so... Bronn's just another nobody who invaded and physically attacked folk in the Water Gardens . That's some shiit i am not sure if Jaime will be able to fix .

Hoping the best for my man Bronn . #Bronn for the Iron Thronn

But honestly?? it doesn't really look good for him . I can't see Doran giving 2 shiits about him , his only chance is Jaime saving his ass now. Or maybe , he somehow manages to escape with the help of the Sandsnakes ...?? I still think Jaime is his best bet , but if Jaime can't actually get him out , well i am pretty sure he will work something out with the sandsnakes , something that won't go as planned maybe . It seems the Sandsnakes plans always fail anyway

Yeah it's worrying, my only hope is the sand slag takes a special liking to him and works out a solution


She's decent as well I guess

Not only did Bronn try to steal away the princess, he also killed 3 Dornish guards and slapped the young prince (the biggest offence probably

He's going to need Tyrion-like skills to get away with his head in place.

He was better off with his dimwitted wife


GRRM on the poisons of House Martell

Here is how I would fix the Sand Snakes jail scene: make the poison only kick off once aroused and explicitly state this. This way you give the tits a purpose rather than make them completely random.

Only 2 more episodes until the 'real' finale

Hardhome to be 20 minutes long and is "the most audacious fight to date", the "real" final comes early this season

Also Tyrion & Dany is "everything the fans expect it to be"

anyone else that can't help but being reminded of JOE HART everytime Alliser Thorne appears ?! 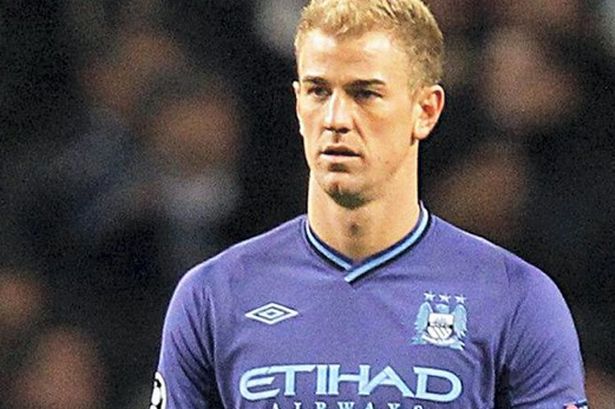 I don't know if this has been mentioned but E10 this season is called:

Hmm, i'm guessing it'll have something to do with Dany and her dragons

Can't wait for next weeks tl;dr post from m99

@LeVersacci wrote:Can't wait for next weeks tl;dr post from m99

@LeVersacci wrote:Can't wait for next weeks tl;dr post from m99

I can't wait either

Too bad you are too illiterate to understand them

El Shaarawy wrote:Hmm, i'm guessing it'll have something to do with Dany and her dragons

Cersei: What will happen if they confess?
High Sparrow: They will receive the *episode name*