lmao at Zigra's sig though, King Balon winner of the War of the 5 kings

Man just rustled the North and waited until everyone killed each other.

So hyped for season 10


Littlefinger Vs medium sized dragon Vs 1 white walker Vs ser pounce the cat.

Now that we're past the books, can book readers make predictions/theories here?

@urbaNRoots wrote:
That's exactly the point man, they made Stannis an idiot to make this happen all of it, the desertions, the 20 good men, and we know from previous seasons he's not an idiot. It's bad, rushed writing. They couldn't find another way so they went with the 'he's an idiot" route.


Well if your problem is that they made him one hell of a pos idiot I can agree with you.

@urbaNRoots wrote:lmao at Zigra's sig though, King Balon winner of the War of the 5 kings

Man just rustled the North and waited until everyone killed each other.


What is goat may never die

Some characters are not past the books.

It details some information on Jon's death in the book compared to the show, however i don't think its that spoilerish imo

No keep that in your book thread 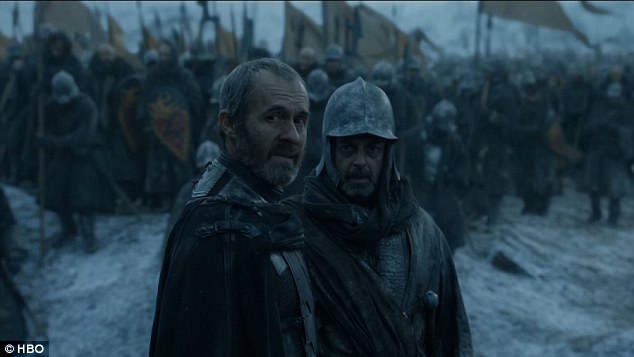 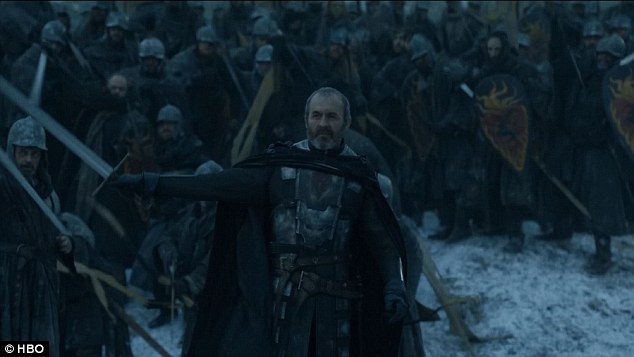 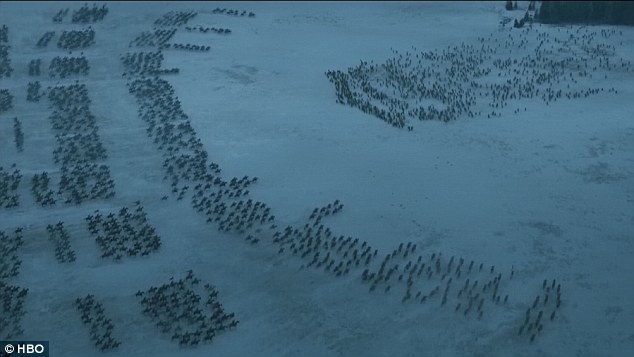 Couldn't help, but think Dany's right back at square 1....lost and surrounded by Dothraki....we know how that went the first time

...Very interested to see how Tyrion deals with governing Meereen. That's probably the most interesting part of that whole arc now for me beyond how Daario and Jorah will save Dany...if they even can.

....still the best character on the show! Awesome ending to the season for her arc. Loved Jaqen's faux-death. Fantastic stuff. Always got a sense that this arc had a mysterious creepiness to it and this amplified that in the best way possible by her blindness.

....even if the snow is high enough to break their fall....they better hope they don't get lost in it. Good riddance to Myranda....nasty in every way possible.

I think Stannis sacrificing Shireen broke him a lot more than was noticed and he'll ever admit. He looked completely devoid of the conviction and the drive that he once had and it showed in his decision-making which was already erratic to begin with this season. Even if Stephan Dillane does reprise him next season, I don't think there's any coming back from what he's done this season. He's done, stick a fork him.

I didn't make the Benjen Stark connection to Jon's assassination until Olly showed up at the end of the episode. Dunno if it was the writing or the lines, but the acting clearly gave away what was about to happen for me so it wasn't a huge shock. It's going to be such a strange season with him though next spring

I really had super high hopes for Dorne and while I'm pretty disappointed with how it was done this season, hopefully they take some fan feedback and improve it next season as it's about to get very interesting for Doran with what Ellaria did to Myrcella. He's ridiculously foolish though.

Very pleased with how Cersei's walk went. I personally don't believe it was a double and that Lena Headey's just that fit. Probably the most interesting part of this scene for me was the return of the old Cersei as soon as she saw FrankenMountain. She's proven yet again that she'll do anything and say anything to survive. Now that she's got this type of weapon in her locker and when she hears of what happened to her daughter, I think it's fairly obvious what happens next.

Even though I am a book reader, I made my peace a long time ago with how they wanted to do this season so I was very amused with all of the outrage when they diverged from the books. It was going to happen. They said it would happen. It should be no surprise that it..in fact...happened. I think we are very much spoiled with this series. In others, most writers, producers and show runners don't even tell you what's getting cut out or included until you see it for yourself.

Until next spring, Westeros

Everyone except Arya. Maybe Bran too, I don't know what he was up to off screen.

Internet no longer full of spoilers

Been checking a few YT videos about some of these theories and they're quite interesting.

Yep, same here LeVer. I'd like to post some, but i need Mods' permission as well as the general consensus on this matter

It's pretty safe to read the books tread btw. Completely caught up except for Arya and the Greyjoys.

El Shaarawy wrote:Yep, same here LeVer. I'd like to post some, but i need Mods' permission as well as the general consensus on this matter

Yea I want to know this as well. Lot of interesting stuff going on. Can we discuss it here ??

I think it'd be unfair to people who want to remain unspoiled for the remainder of the series. Maybe we can make a Book and Show thread?

The arcs are all different so you probably won't understand a lot of the theories.

Plus there is a lot of information which they might choose to reveal later on in season 6.

Specially the Greyjoys who may or may not be in Season 6 but have had a massive part in the books.

Now I can at least post my favourite quotes on here

@M99 wrote:It's pretty safe to read the books tread btw. Completely caught up except for Arya and the Greyjoys.

I didn't even realise I was crawling towards the TV during the Jon scene lol.

The way it was done. Not even one stab, 5 of them and Olly that fat *bleep* finishing the job.

mfw watching these theories on YT:

There are a lot of BS theories btw like Roose Bolton being a thousand year old vampire and Daario being Euron Greyjoy. Don't believe everything.

She's the girl Bronn wants but not the one he needs now.

Are book readers allowed to complain on how terrible Dorne and Stannis's story turned out to be?

Hope S6 comes out before the next book.