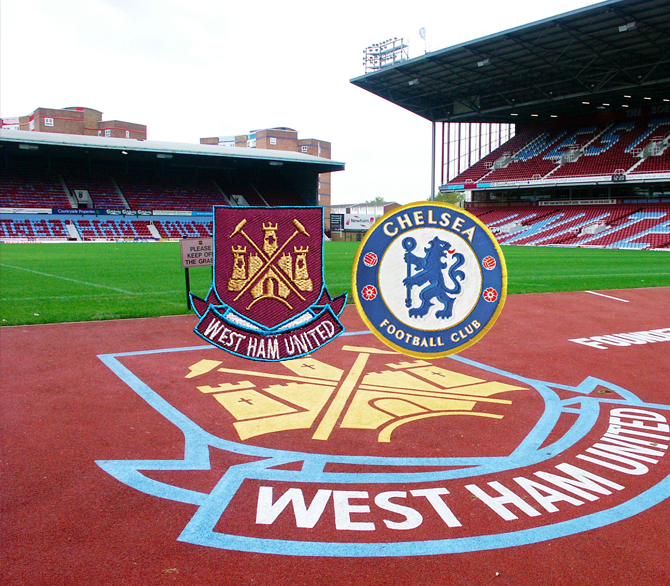 Chelsea will travel across town to face off in a London derby against neighbours
West Ham United at the Boleyn Ground on Wednesday, March 4th 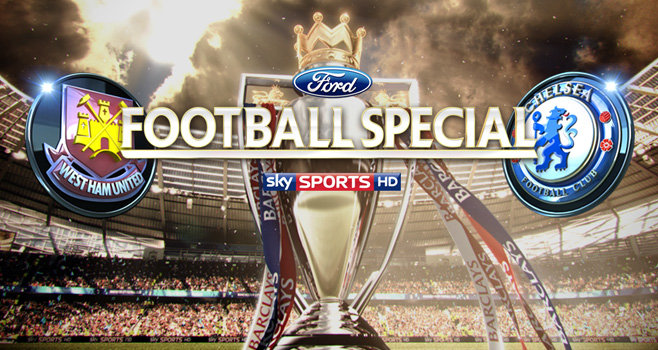 Premier League Matchday 27 sees Chelsea face off in a midweek clash against West Ham United for both sides' second London derby on the spin, and one into which each team comes in sharply contrasting moods. The Hammers have been rocked by some dire form of late, the most recent result of which was a 3-1 home defeat at the hands of resurgent Crystal Palace at the weekend, following a monumental collapse a week before at White Hart Lane against Tottenham, in which they took a 2-0 lead, only to surrender it in the last 9 minutes of the match to draw 2-2. Chelsea, on the other hand, head into Wednesday's game brimming with confidence, on the back of their League Cup triumph over Spurs 3 days previous at Wembley for the first trophy of José Mourinho's second spell as manager, coupled with Manchester City's defeat at Anfield a few hours before to preserve their 5 point lead at the top of the table, with a game in hand over their rivals from the north.

The reverse fixture at Stamford Bridge on Boxing Day saw the hosts run out 2-0 winners against the then-soaring Hammers, through goals either side of the break from John Terry and Diego Costa.

The corresponding fixture last term ended much the same way. Former West Ham boy Frank Lampard scored from the spot on 21 minutes to put his side in front after Jussi Jääskeläinen brought down Oscar in the box. The Brazilian would then avenge the misdeed some 20 minutes later when he netted his own on the evening, to double the Blues' lead. A late second from Lampard completed the rout, and returned José Mourinho's men to the West of London with a deserved 3 points.

The sides attained equally disappointing results in their respective matchday fixtures heading into Wednesday's clash. West Ham, as mentioned, were thumped 3-1 at home by Super Alan Pardiola's Crystal Palace, to take them to just 1 win in their last 10, while Chelsea were controversially held 1-1 at Stamford Bridge against relegation-battlers Burnley following a series of bemusing decisions by match official Martin Atkinson.

Andre Marriner, who last officiated for West Ham in their 2-0 loss to Liverpool at Anfield just over a month ago and for Chelsea in their 4-2 home defeat at the hands of Bradford City in the FA Cup the week before, has been appointed referee for Wednesday's affair.

A win here would be a massive boost.

Second game without Matic so it won't be easy going, but hopefully the differing form helps us.

They've been poor of late, as noted, but you can bet without a doubt that they'll be well up for this one. We've seldom had it easy here so let's hope we can put in a good performance and come away with all 3 points. 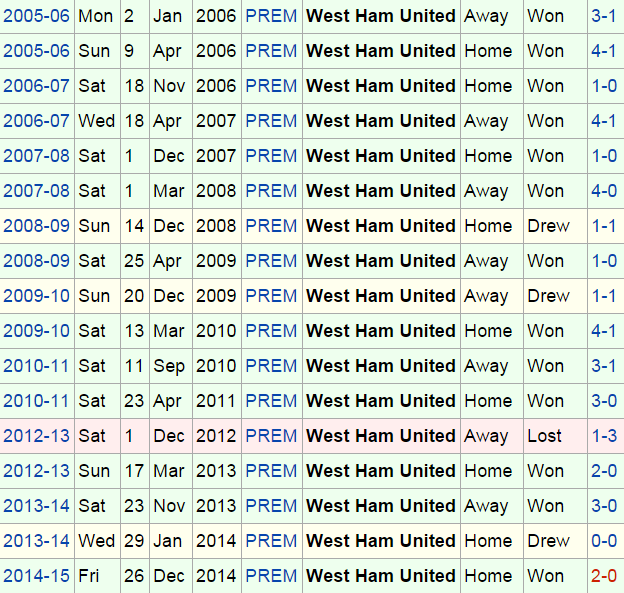 Actually, I didn't realise it but our away form against them has been damn good going back almost a decade now. More of the same Wednesday pls!
-

Wow, much more impressive than I thought, indeed. More of the same.

Could have sworn we had a poor record there in recent years. Odd.

That one loss from 2012 must be clouding our vision

Or their colours are making us conflate them with Aston Villa

Wtf is Costa doing there...?


Hung on towards the end there, even if it probably was 1 going on about 4 from us, but huge huge win.

That is how champions win.

I'll take the win, and be glad we have Matic back.

That was one of our toughest remaining games. So to come away with all 3 points regardless the circumstances is massive.

Yeah, the way JT and Gaz were celebrating shows that.

Tibo, Hazard and Ramires were brilliant.

Agreed. Ramires needs to work on his finishing though.

I think his finishing is pretty decent tbh. Much better than Willian. He just seems to miss the easier ones. Unlucky not to score yesterday. I wouldn't mind him starting on the wing vs PSG since better suited to counter-attacking football with his runs behind the line, unlike willain and Hazard who both always want the ball at their feet.

Isn't Cuadrado the best option for someone on the RW who wants to counter?

Yes, but there is really no chance he will start vs PSG