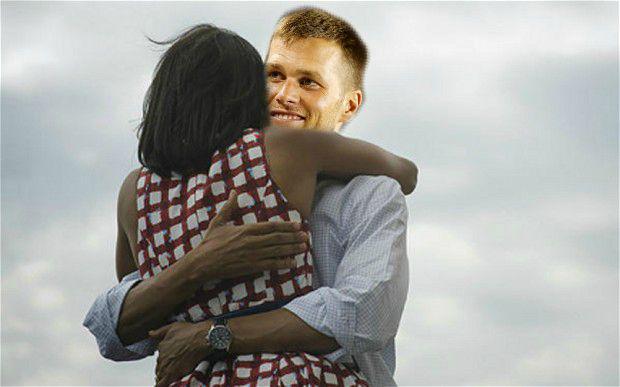 How do you regress from last year ffs

Fitz was better than these two clowns ffs

Another year of Watt wasted

Cushing is slower than mt

Gonna kill myself tbh. Should have drafted Johnny.

Just barely, he's really pissed me off tonight. Colts have their top 3 corners out and he's been pretty awful.

Yeah can someone tell me what's going on with the Colts? I really only follow the Packers but I have a liking for the Colts and after a good season last year they've been embarrassing so far this season. Why are they doing so badly?

Well to me, a few reasons. First off, Luck is not playing well. He's far from their only problem but you can't be immune from criticism when you turn the ball over 8 times in two games.

Two, they are not a well built team at all, completely superficial. What I mean is, they look good at the glamour positions: QB, WR, CB. But where the games are won, on the line of the scrimmage, they are a mess. Granted their OL has been bad for a while, but they started two unknown rookies on their DL last night. Their GM had a great opportunity to address either with their 1st rounder, yet they chose TY Hilton 0.5.

Sure injuries too, but every team gets hit with that. They don't have any depth though and that makes it worse.

That said, they will still win their division. They started 0-2 last year as well. Titans, Jags and Texans are their next 3 games.

Though, I wouldn't be surprised if they fired Pagano, maybe not this week but if they lose next week to the Titans. His comments after the game sounded like a coach who knows he could be done soon:

on Luck:
“He’s got to take care of the football,” Pagano said in his postgame press conference. “It’s not that hard. It’s not trigonometry.”

Odd example of difficulty but okay

on the Colts OL problems:
“[That has] been the case for three years now, hasn’t it?” Pagano asked. “He should be more than comfortable dealing with it.”

Not just a shot at Luck, but their GM too imo

Not even a Colts fan but that was pretty shocking from Pagano. Luck obviously did not have the best of nights but its not like he was facing a Patriots secondary...Revis alone is a nightmare for any QB. Gore also looks like he's past it and cost them the game with that redzone fumble.

This is squarely on the GM who's draft decisions were absolutely ridiculous. You've got a franchise QB and you're doing nothing to protect him. The Colts have blown it and if they come up against any decent pass rush, its gg.

And that Eagles offense was probably one of the worst I've ever seen. Bradford is an absolute scrub and with Alonso, Hendricks out with no real wide threat except Matthews, I see a 10 loss year.

lol this seems like a childish trick but it worked

Rams did that last year and scored a TD

Our offense looks so freaking scary. Weak CB other than Butler, who is amazing for someone unknown until last seconds of the SB. He's such a great coverage corner and a real ballhawk. Pass rush better than it's been since before 07 probably. Love our linebackers.
I can see us getting in trouble against big receivers though.

Yep I agree, a top playmaking WR could really cause havoc against this weak Patriots secondary...its their only glaring weakness and I hope it doesn't cost them.

And finally Chip Kelly got it right...I watched a few different pregame NFL shows this morning and they were all bashing Chip Kelly saying he won't even be coaching in the NFL in a few years. Although I agree he totally ballsed up taking out so many key personnel like their all pro guards and Foles, he does have an interesting scheme and system which could most definetly be effective. All of those "analysts" all look like dumbasses right about now.

Smh Steelers had it. Tucker's a god tho.

Drew Brees with the walkoff TD to get to 400

Brandon Weeden is absolutely terrible. Just dreadful. There are 15 FA's off the street who are better, easy. Flynn, Johnson, hell Matt Simms. There are former QBs now playing WR who are better passers than this guy.

They signed Matt Cassell but the sad part is Weeden's game tying luck shot bought him another game. He would've thrown that ball regardless if TWill had 7 guys on him.


stopped them on 4th down, all Michigan had to do was waste out the clock and punt

:16 i absolutely lost it

Taping it up and continuing.

LMFAOOOOOOOOO WHAT THE *bleep* WAS THAT

what the actual f were they thinking?

He'll make some great throws where you see why he got taken #1, but mostly he just disappoints or gets hurt. First interception was comical, 2nd one he became a punter.

This 3rd down defense

Page 15 of 39
Permissions in this forum:
You cannot reply to topics in this forum
Latest topics
» ¤¤ WORLD CUP 2022: The prediction challenge ¤¤