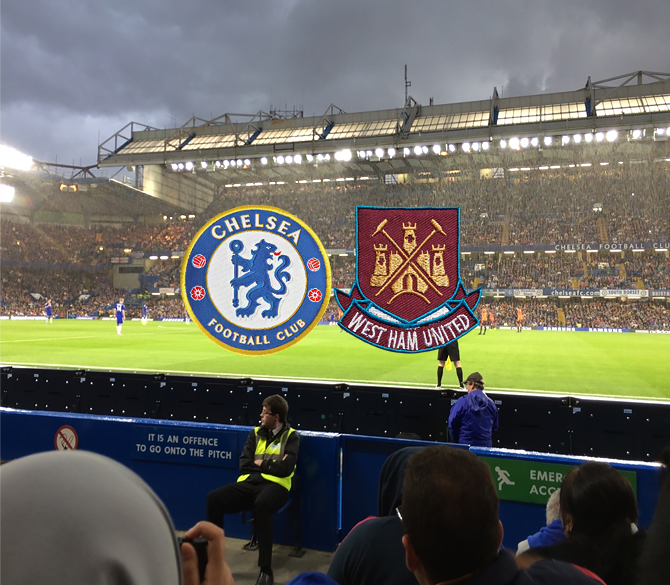 Chelsea will play host to the final London derby in the season's first round of
Premier League fixtures against West Ham United on Friday, December 26ᵗʰ


Boxing Day sees Chelsea play host to London neighbours and rivals West Ham United at Stamford Bridge for the day's early kick-off. The clash represents the penultimate matchday of the first round of Premier League fixtures for the current season, and with both sides in fine form and doing as well in the table as either could hope for, each will doubtless be looking to begin closing the round out in the best way possible.
-

The pair obtained equivalent results with equivalent scorelines in their Matchday 17 fixtures a few days previous. West Ham triumphed 2-0 over listless Leicester City at the King Power Stadium courtesy of goals either side of the break from England attacking pair Andy Carroll and Stewart Downing, while Chelsea attained a 2-0 victory of their own on the back of a superb performance over Stoke City at the Britannia Stadium on Monday evening via goals from John Terry and Cesc Fàbregas. 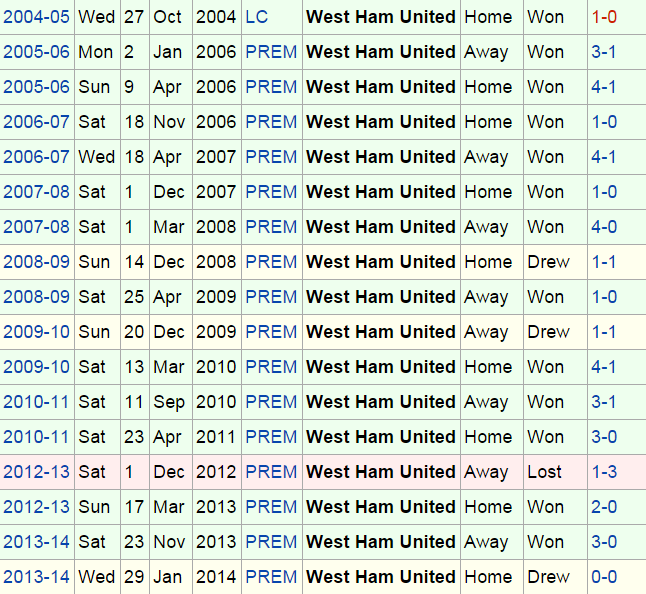 The Blues' record against their neighbours from the East has, in the last decade or so, been exceptional. Indeed, in a sample spanning over 10 years and 17 matches in all competitions, the Londoners in blue have lost just once, winning 13. José Mourinho will undoubtedly be looking to extend that good run against his side's visiting local rivals come Friday afternoon, but will know better than anyone that with the form Sam Allardyce's men have been in so far this term, and with the strong showing they put on in this fixture last season, any 3 points going Chelsea's way will be ones that must be very laboriously obtained indeed. 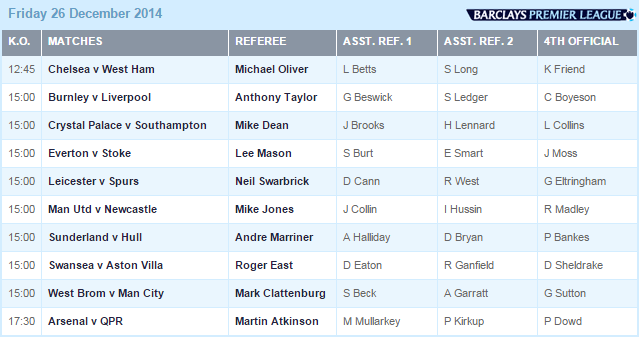 Michael Oliver, who last officiated for Chelsea in their 3-1 victory over Burnley at Turf Moor on opening day of the current Premier League season and for West Ham in their 2-0 home win over Norwich City in February of last year, has been appointed referee for Friday's affair. Another win is what we need. Could be a hard game but we'll be at home.

This lot are always a tough nut to crack. Will only be even more difficult this time round with their form this season.

I trust we can bring the performance.

I hope so. This will be their cup final if we're honest.

Shed wrote:I hope so. This will be their cup final if we're honest.

Shed wrote:I hope so. This will be their cup final if we're honest.

In Bangladesh we are going to a match day get together.
Last time Pardiola ruined our get together party.

Hopefully they don't this time, mate.

Costa will come back to life today. Hat trick for him. I wish 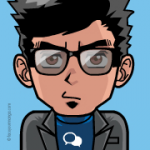 No Sakho? No Song?

Hazard down a minute and a half in. Great.

I love how we don't rotate for Xmas period btw GOOD OLD MOU.

Oscar blasts over from 6 yards. Should have scored.

Oscar SMH. If it was Eden would have scored being at the Bridge and all

And had he played Schurrle, Mikel, Salah, Zouma, Remy, etc. and WH got a result, you'd be saying he screwed us over with a weakened line-up. #damnedifhedoes

I don't expect a full rotation just 1 or 2 players in/out.

Today at 12:08 am by BarcaLearning

Yesterday at 8:50 pm by Casciavit

Yesterday at 6:25 pm by Myesyats

Yesterday at 9:16 am by Pedram