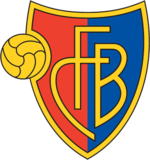 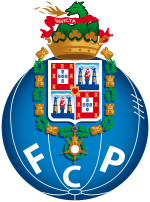 Football Club Basel 1893 and Futebol Clube do Porto - the two teams everybody wanted to draw as they were perceived as the easiest opponents decided to become spoilsports and instead met each other in a tie on equal level.

Currently ranked Nr.24 (FCP) and Nr.15 (FCB) in the UEFA Team Coefficients 2013/2014, they managed to leave clubs like Liverpool FC, Shakhtar Donezk and Athletic Bilbao behind to meet in the Last 16 of the Champions League.

Both clubs share another quality: They are renowned for producing lots of talents who then make their way into big clubs of the top leagues. So stay tuned for this tie to put a couple of fresh, talented players into the limelight.

Basel are going to miss Schär dearly. Predict a 2-2 draw and either team nicking it in the dying minutes

This tie is interesting because both teams are on a similar level in every way. As you said they are perceived as weak and both share similar strengths and weaknesses.

And both teams are equally good at home as they are a bit uncertain away. It might come down to away goals in the end

How exactly did they leave Shakhtar behind, rwo?

It should be a good tie, assuming both sides remain intact over the January window.

dostoevsky wrote:How exactly did they leave Shakhtar behind, rwo?

Well, Porto got rid of Shakhtar and Bilbao, while Basel ousted Liverpool (and Ludogorets, but they are not that spectacular).

Shakhtar qualified for the round of 16 though, how does that qualify as getting rid of them? The comparison with Liverpool and Bilbao makes it clear the implication is they failed to make the next round.

Sorry, that was probably badly phrased - I meant Porto ended up in front of them.

Easy win for Porto.Liverpool's incompetence is not fooling nobody

Ph34r the power of Breel Embolo!

rwo power wrote:Sorry, that was probably badly phrased - I meant Porto ended up in front of them.

I think Hans' opportunistic posts are beginning to have an effect on me, sorry.

Also I disagree with S that Basel were made to look strong merely due to Liverpool's failings. I still would have Porto as favourites though, I wouldn't be surprised to see this come down to away goals though as hala mentioned.

Porto with the lead via Brahimi

Fantastic FK by the way. No chance whatsoever for Tomas Vaclik.

Apparently they are unplayable atm.

Well, I hoped so. But unfortunately Basel have a notoriously bad record against Portuguese teams. I bet they would have had a better chance against Chelsea XD

I'm sorry but Porto 4-0 win makes them look like some world beaters but I had recorded the game and watched it and they weren't that good.

All Porto did all game was shoot from distance I kid you not. They couldn't create shit.

2 freekicks that will probably not going to happen again (Casemiro's specially). And the two other goals were sweet hits that would only once in 1000 shots.

I was pissed that Juan Quintero or Oliver Torres didn't play. Tello is garbage. They needed some creativity and Brahimi by himself couldn't do all of it.

Meh every team should want to face them. They'll be the easiest opponent in the quarters.

Well, there will probably be plenty of scrubs in quarterfinals this time, with Porto and most likely Leverkusen and Monaco.

Leverkusen are not scrubs. They're going all the way.

All the way to Vicente Calderon via Adolfo Suarez and then home again, by 'Legion' Condor charter flight, yes.

rwo power wrote:Well, I hoped so. But unfortunately Basel have a notoriously bad record against Portuguese teams. I bet they would have had a better chance against Chelsea XD

Did Basel had their starting keeper? I watched the goals, while all four shots were fantastic, I can't help thinking a better keeper could have saved one of those.