@sportsczy wrote:I mean it's not like we haven't gone this route recently before... Benavente, Drenthe, etc. Barca had the same experience with Bojan.

It's just hard to tell at this age.

I like to divide those young, hyped up players into two categories: The ones who build their reputation upon results, who manage to assist or score tons of goals at an early age, and the ones who stand out because they provide something unique, and often showcase extraordinary ability in a particular area of their game. More often than not, the former tend to fail to live up to expectations when you remove them from a setting that they're accustomed to. Wasn't there a rumor that Bojan had scored a ridiculous shit ton of goals at a very young age?

@thimmy, that's not how it works, there have been players who have showed something "unique" and have failed and those with stats that have excelled and vice versa. this dude is 16, what he doesn't need is to be over-hyped, that can only hurt him when he starts to see the realities of professional football at a club like madrid on or off the pitch. this is a long term plan that can fail or succeed at very little risk, that's all it is ; its best to wait and see how this pans out, cos you're rated as potentially good at 16, doesn't mean it always pans out. also cos someone that age isn't so good, doesn't mean the person will not have a successful career either.....and this is madrid, the standards are high and the threshold for patience is very little compared to elsewhere, so let him develop at his pace, and give him a couple of years before we hype or disregard him

My point is Thimmy...  when you sign kids that haven't fully developed physically yet, there's just a whole lot you can't predict.  So i give it a 50/50 that he'll do well and i don't even expect him to become a star... just be a good pro.

Usually, you have either physical skills or technique that put you miles ahead of the pack as a kid... so that aspect gets over-emphasized just because of the size of the gap.  When you get to the higher levels, those gaps becoming smaller.

The guys who succeed are the ones who, despite having that monster advantage at a young age, don't ignore their overall game and personal progress.  In a sense, if you're that good when you're young, you become your own worst enemy because the competition isn't really relevant.  BUT, if you're lazy, the competition eventually catches up and becomes relevant yet you haven't developed the fundamental skills to cope.

We'll see.  At this point, this kid is a pure prospect like the top guys on Castilla and i expect nothing more or less from him. We have guys like Burgui and Medran that are also super talented down there... we'll see how this kid compares to them first.
_________________

Of course, I'm very aware that his future may be with Getafe or Sheffield Wednesday, for all I know, and don't get me wrong.. I've never claimed that he's any more talented than any of the players he's being compared to.

No matter how you look at it, he's not in a favorable position. I do think he's got just the right attitude and talent to end up in a respectable club, but as you've both pointed out, a lot can change over the course of time, and especially during a time when his body and mind are still in development.

He only just turned 16. If he grows a lot taller over the next few years, that alone could completely change him as a player, and I believe losing his relatively low point of gravity would be detrimental to his playing style. The odds are against him, and he'll just have to work hard and make the best out of it.

I do think that his maturity, composure and discipline will benefit him in doing well at this club, though, and if the past year is anything to go by, he'll progress a lot during his stay in Spain. Well, I look forward to watching him make his debut for the first team in the future, if ever.
_________________

ronaldo is getting suspended. what are the odds he plays with the first team within the next month?
_________________
Madridista naci.. Vikingo sere y Merengue Moriré

would you play this kid over jese?

he wouldn't start over bale/james/isco although bale has been playing like crap he's still your presidents shiny toy.
also the fixtures for this month isn't the easiest would be kinda rough to throw the 16 year old into a new league/team against difficult opponents.
_________________
https://i.imgur.com/i6BMgLU.gif

Would play him over Bale in Bale's current state tbh 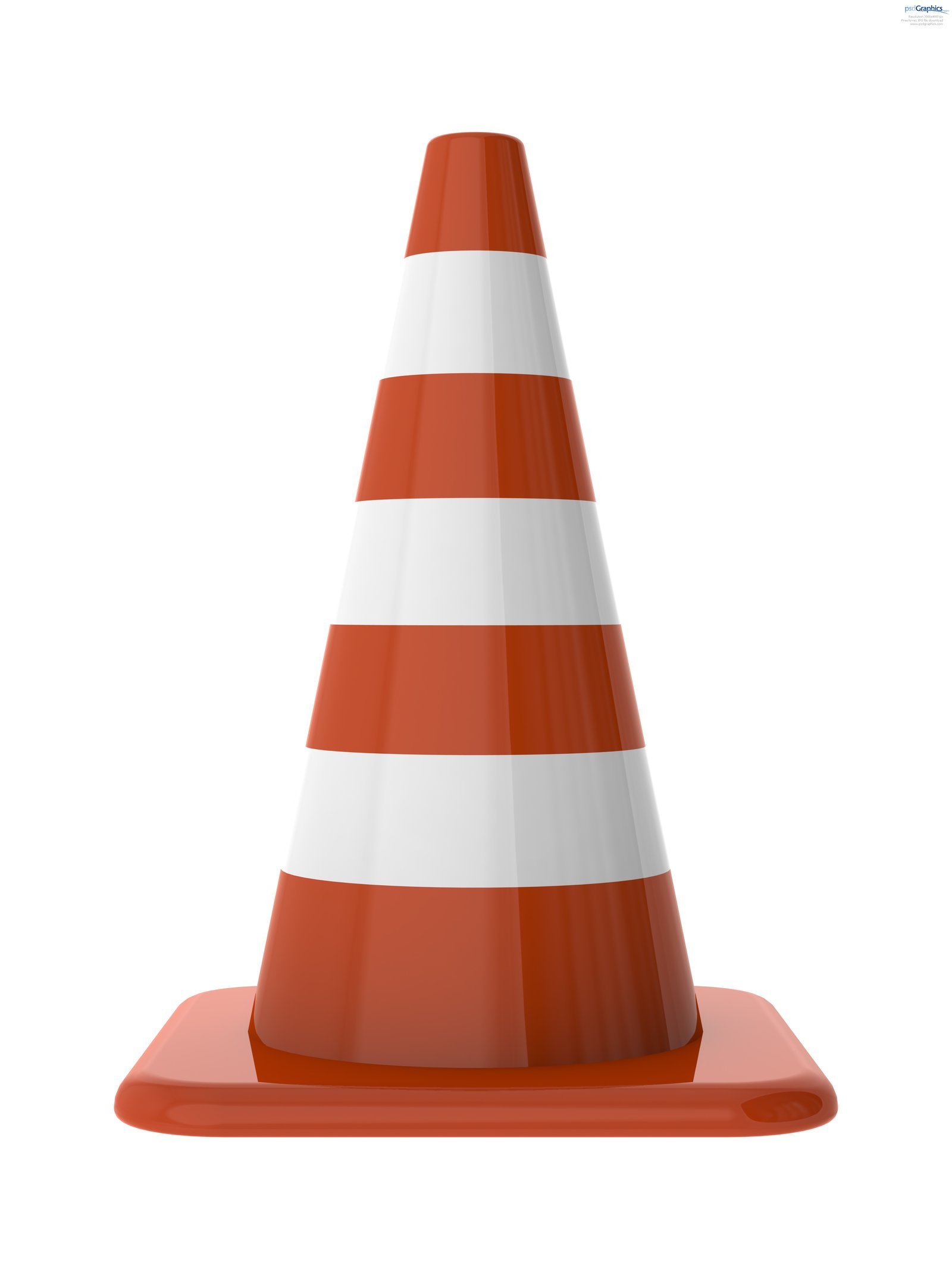 Play him against Thugletico - they will give him a warm welcome. He would want to go back home asap.

i didn't say he would start lol, that's never happening, but there might be enough room now to at least see him get appearances
_________________
Madridista naci.. Vikingo sere y Merengue Moriré

Jeeeez why would you even want to do that? The boy just turned 16.

Any la liga defender would tackle the shit out of that 16 year old kid, just to scare the hell out of him and make him know he's just a kid. Give him some time lol

After optimistically proclaiming in December that he felt Bayern's chances to sign Ödegaard were "quite good", Rummenigge has spoken about the failed bid for the kid in an interview.

He now says that it was "clear it would not be easy" since "Manchester United, Liverpool, Arsenal, Barcelona, Real and a few colleagues in Germany" were after Ödegaard.

"I can only congratulate Real Madrid for this, and I wish the boy all the best. He presented himself here with his father in a very likable and professional way."

Asked whether he thought Ödegaards extensive club to club tour through Europe was 'a bit odd', Rummenigge said:

"Not at all. Because he was very focused about it. He was in Munich three days, talked to the coach, Matthias Sammer and me - he simply wanted to understand how the respective club functions. In the end maybe Madrid simply was a more attracive suitor than this one, and I also did not get the impression that it was about money."

Rumminege being classy for the first time in his life. God knows what he calls us off camera though

Nah, Rummenigge is usually classy, except when he isn't

Maybe not addressing us directly but he is the one who keeps complaining about the financial fair play rule and how the big spenders should be punished. Dooesnt take a genious to know what clubs he is referring to
_________________

@halamadrid2 wrote:Maybe not addressing us directly but he is the one who keeps complaining about the financial fair play rule and how the big spenders should be punished. Dooesnt take a genious to know what clubs he is referring to

here's a whole interview where Rummenigge defends the Bale transfer in detail as financially reasonable and in compliance with FFP, ending with saying "I know Florentino Perez very well, he is a decidedly serious and reliable businessmann, and very alert. He is not a financial gambler"

"If Real bought Bale for such a high price it's because they did well before that and sold players for over €100 million - that's how they were able to pay for it. "I don't think Real is the problem - other clubs aren't compliant, not Real Madrid, which has cash.

Rummenigue is a classy guy, it's Hoeness the pos who couldn't shut his mouth. well i guess he talks to the walls in jail now, even if they are marble walls...
_________________
Madridista naci.. Vikingo sere y Merengue Moriré

Hoeness is already allowed outside during the day, working in Bayern's youth department.

As I was searching for bad things Ruminege has said about us I couldn't help but notice he is/was very critical of the way Pep made you play. Does he still have thwt opinion now

@halamadrid2 wrote:As I was searching for bad things Ruminege has said about us I couldn't help but notice he is/was very critical of the way Pep made you play. Does he still have thwt opinion now

I don't know where you were searching, probably Barca-leaning papers, as they'd be the only ones butthurt enough to make up that kind of stuff.
Rummenigge is, and has been, fawning all over Pep at every given opportunity.
_________________