We should sign him. Mastour and Odegaard as our attacking midfielders for the next decade

Great little documentary about him with English subs.

This kid is legitimately very good and he looks so comfortable playing and beating defenders in his league.

For his age he's top quality, I reckon he should stay there till he's 18 and then move to a top Dutch team like Ajax or a midtable Bundesliga club or something.

I hope we get him though it's often a bit misleading with young players in those leagues. I remember Andersen was already playing in the first divison and looked really exciting but he really wasn't close to being good enough for the first team when we got him.

Anyway Odegaard is a legit talent and I want him at Ajax.

I say madrid should sign him and keep him there till he is 18, then loan him again to dortumund for 2 years so klopp can get him up to speed with world class football and then bring him to the glorious madrid.

Stromsgodset wonderkid Martin Odegaard has revealed that he has always dreamed of playing for Liverpool.

The 15-year-old recently made his senior debut for Norway and is widely regarded as one of the most exciting talents around Europe.

He has been linked with clubs including Barcelona, Real Madrid, Arsenal, Chelsea, Manchester United, Juventus, Ajax and Bayern Munich over the past few months, but Liverpool remain the club of his dreams - although he is adamant he will choose the right place for his development when he leaves Stromsgodset.

"But I will not let this affect my decision when I choose a new club. It's all about finding the team that is best for me and for my development.

"That is not necessarily Liverpool."

The attacking midfielder then went on to stress that the Bundesliga could be an interesting option for him, before revealing that he has already paid visits to Bayern and Borussia Dortmund.

"Yes, I can see myself play in the Bundesliga. The German league is very strong. I don't really have a favourite team in Germany, but Bayern and Dortmund are the teams I am following. They have shown in the Champions League that they are among the best.

"I didn't take part in training at Dortmund. We only talked and they showed me around. Jurgen Klopp explained how the club works, how Dortmund feel about me and what they can offer me.

"I trained with Bayern and Stuttgart youth teams for a few days. The level is a lot higher than at the Norwegian youth teams. There was a big difference."

Odegaard has yet to make a final decision on where he will continue his career and he aims to visit a number of clubs over the next few months to get a good idea of which would suit him best.

"I haven't really thought about my future yet. I will end the season here and then visit a number of clubs. I have not made a final decision yet, though.

"I don't know what will happen in the future. Of course, it's flattering when you hear that big clubs are after you, but I don't think about it too often."

Hopefully, Martin will be playing against Azerbaijan tonight

I guess it's not speculation anymore. Kolo confirmed it after training. 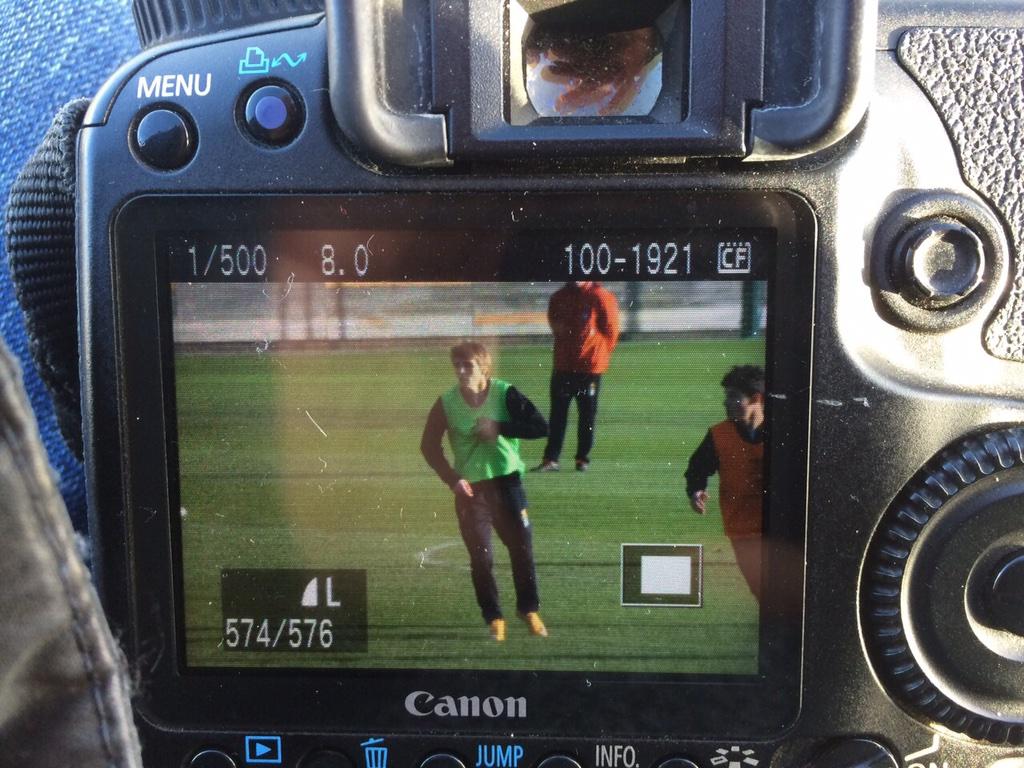 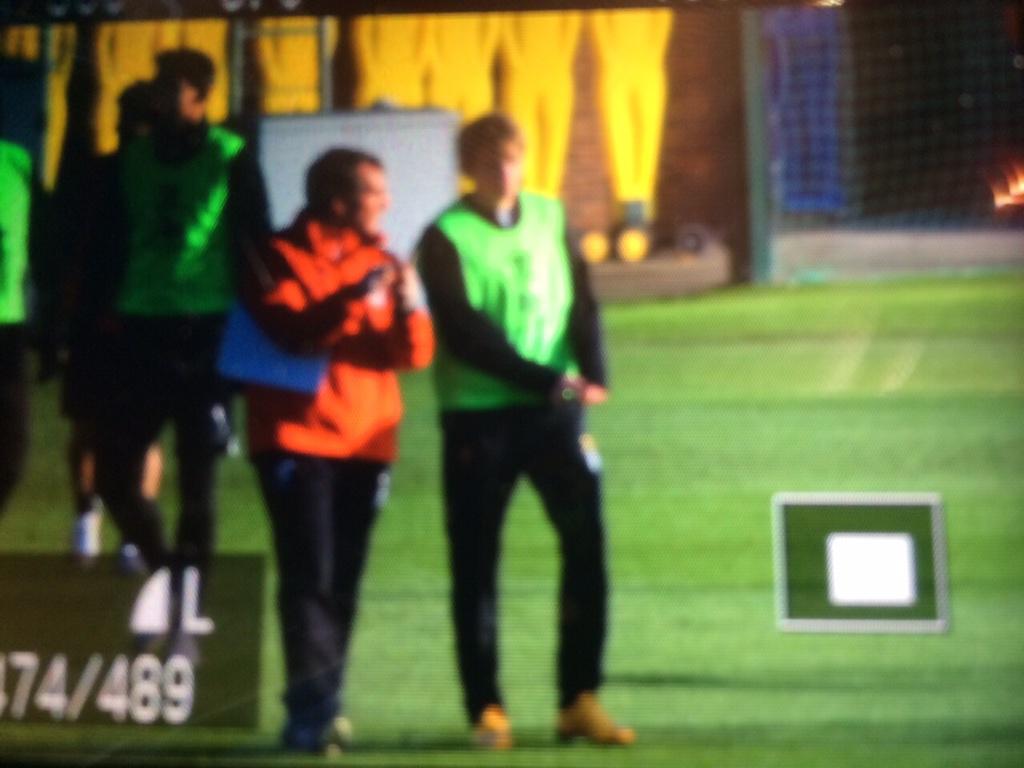 Training with another team as a youth player who's looking to join another club doesn't say he's going to join them though.

No, but apparently they've been in contact for a few years, and Odegaard's family is Liverpool crazy. It's not a stretch to link all the evidence and suggest that he would be leaning towards Liverpool.
_________________
Walk on with hope in your heart, and you'll never walk alone.

Another tweet:
@LFCChris_ Follow
Just met Ødegaard in Liverpool, I asked if he's signing and he said "hope so mate"


@LFCChris_ Follow
Just met Ødegaard in Liverpool, I asked if he's signing and he said "hope so mate"

not sure if i have posted before, such young players seem to be our only hope of getting some players at the club...the likes of Sanchez, Reus and .... all are always going to be difficult for us to sign...so Ayre pos get him asap !!!

btw, doesnt matter for whom he signs, he should stay there for at least 1 year more and then play in some other league for 1 year more, like with Ajax or some Belgium club. Then he can be slowly adopted in a league like EPL or La Liga

He's been training with our youth 2 times, as well as touring the Dortmund facilities with Klopp etc.
Probably a few other clubs too

It was however a year ago since he trained with us, much has happened since then.

Oh yeah, of course, it doesn't mean that he's definitely going to sign for us. Just happy that we are actually serious about wanting him at Anfield.

We messed up big time with Aguero when he was a teenager, though he was expensive as shit and can't blame Rafa for that.

@Don't call me James wrote:Oh yeah, of course, it doesn't mean that he's definitely going to sign for us. Just happy that we are actually serious about wanting him at Anfield.

We messed up big time with Aguero when he was a teenager, though he was expensive as shit and can't blame Rafa for that.

Lol funny I just read the story a week ago, after our Man City game, how Hoeness went to Argentine in 2005 or some shit to scout Aguero and wasn't overly impressed. But to be sure he sent our then coach Magath to Argentine too to watch Aguero in person, and Magath came back telling Hoeness "Never waste my time like that again, making me fly half way around the world to watch a player who doesn't work and doesn't move.."

Not only you messed up, or Wenger with Ronaldo etc pp.
Football is full of those stories, you can never know how people will turn out.
Freiburg rejecting Benatia as not good enough in 2009 etc


As for Ödegaard, I think he trained with our youth team not our first team back then. So training with your first team surely was more impressive for him. Our youth coach said something along those lines too when asked. I could imagine he might first go to some other BuLi club though.
_________________

Many big clubs seem to after him, so I'd be delighted if we got him. However, there's a long way to go from being a special 16-year-old to actually becoming a top player in your adult years. It's hit and miss with these players (and more often it's miss).

Today at 7:56 pm by Robespierre

Today at 5:28 pm by BarrileteCosmico

Yesterday at 8:28 pm by Freeza

Yesterday at 7:04 pm by Lord Spencer

Yesterday at 6:10 pm by Thimmy