Here we will discuss about one of the most important players in the history of our club.

In my opinion he is the best #7 we've ever had. 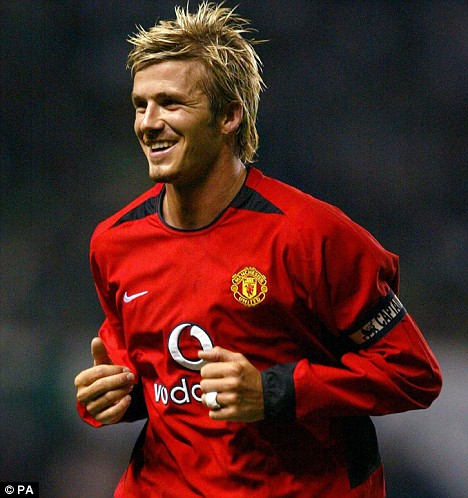 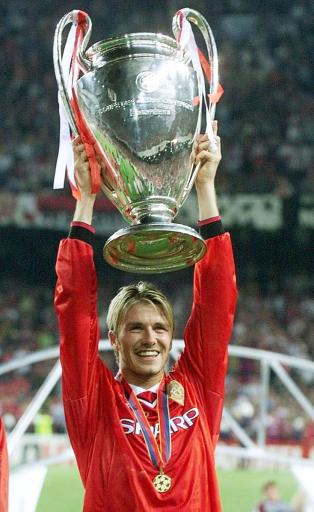 Share your opinions about David and tell us how do you remember him, what you loved the most at him, what you didn't like at him, the best memories with him in Man United shirt etc.

I wish we didn't sell him

United legend. Class of 92 graduate, bleeds United, loves the club. Gave us many fine moments in an illustrious career that unfortunately didn't end as well as he/we hoped at the club.

My favourite moment of his was that free kick he scored against Barca in the 98/99 CL group stage tie at Old Trafford. Based on the euphoria I felt watching that incredible match, his goal tipped off everything else, and it's one that sticks on my mind the most.

That whole season, coming back from being villified for England's exit at the World Cup, was great to see him evolve and display such a strong will at such a young age. He coped with all the boos at away grounds and used it as motivation to put in great performances. Treble winner at the end, best way to shut the haters up.

One small moment that I loved recently was when watching his documentary about his travels across the Amazon, there was this moment where he was talking to his son and he asked about the United result. Deep in the Amazon, mind still on United.

Loved becks, him and Cole were my favourites of the late 90's early 2000's

but wouldn't call him the best #7...Best, Cantona, Ronaldo were all superior players...but becks can never be accused of not giving his all, didn't have the skill of the other 3 but definitely had the most heart

Of course all of them were amazing but for me Beckham was the best.

I can remember being in Florida in 95 or 96 and he scored that goal against Wimbledon from the halfway line. even CNN showed the goal which surprised me as "soccer" was almost non existent in the states at the time.

he undoubtedly is a club legend, but I agree with BMAC on this. he also took a while longer to really break his way into the first team. scholes, giggs even Nicky Butt were all established united players while becks was still making sub cameo appearances.

saying all that I always remember that last day of the season vs Spurs, epic game.

Page 1 of 1
Permissions in this forum:
You cannot reply to topics in this forum
Latest topics
» De Bruyne is the worst 80M€ player out there

Today at 5:08 pm by BarcaLearning

Today at 8:25 am by Great Leader Sprucenuce