so much gold on the first page of this post.

At the very end of the page, is this rather prophetic post:

Arquitescu wrote:Considering I never was ever in the favour of his signature let alone the absurd price of to which we signed him I need not elaborate more.

Yet, when you have a CB who since being hyped from Dinamo failed to impress in Lyon on a consistent basis (he was awful) followed by ONE decent season in a top league (at a mid-table club), then what does that bring you?

When Liverpool cease the habit of signing players from mid-table clubs whom have had one good season then we might progress further.

I feel for you brah

but I remember initially, there was a header for which he muscled 2-3 players out of his way and got to the ball. That is really a sign of intent. So I hope he builds up from the last game.

You know you could be going down that very path again, right?

For me the issue last season, for most of the season, had to do with 1) the system and 2) Lovren's mentality.

1) Lovren needed time to fit in because he was introduced to an entirely new team that was still working out kinks, and had no protection for the backline from midfield (not to mention Mignolet's horror start to the season).

2) I think he was trying to do too much, aggressively chasing the ball and trying to prove himself/justify his transfer fee. It happens.

There's a reason that most defenders tend to get better with age (before getting too old of course). Lovren has all the tools to be an incredible defender. He's strong, he's good on the ball, he can pick out a nice forward pass, he is athletic, he can jump and when he's settled he reads space quite well. The issue is that he often loses concentration and ends up running around a bit too much leaving gaps and losing marks. At the very least in our game against Stoke he looked more mature, settled and less apt to go off and do his own thing. This is where experience, age and coaching come into play.

For my money Lovren has everything in his locker to come good for us, and we're starting to see that. I just hope it continues, and he rewards Rodgers' trust in him. Because personally, I don't care too much which of our players are playing or not as long as we are getting the right results. If Lovren can become a big contributor to a successful season I am all for having him in the side. If he makes a lot of errors, and is holding the team back, then I hope Rodgers drops him. It's that simple.

Helmer wrote:that is what the beauty of the fan is, .. !

Apparently he has been dropped from Croatia squad for Euro Qualifiers. Does that mean he will stay in Croatia and fight for his place or he is going to return

Out for 2 months apparently, might as well call our season done now.

Not sure if serious.

Kolo Toure / Gomez will be superior to him whichever one gets the nod when Sakho needs a break.

very bad news when we are already in such a bad form !

Red Alert wrote:Not sure if serious.

Kolo Toure / Gomez will be superior to him whichever one gets the nod when Sakho needs a break.

What have i become when RA thinks i actually like Lovern, time to reassess my life

tbf I think RA has been in decline for some time. He used to have interesting posts and arguments, nowadays it seems he only logs in to call someone a fool. I disappoint.

They are fools though. Call a spade a spade and all that.

For 2 years I've been called a pessimist, manc, and all this stupid shit for the exact same reasons majority of everyone is screaming out/arguing now so no one is really arguing against me anymore and I'm not going to rebut myself lmao.

And I really don't have no time for the major idiots anymore. No point in bringing up an "interesting post or argument" if someones not going to reply seriously or reply with one liners that don't dispute anything you say. The whole forums become really inactive, too.

So in a sense I really am sorry you feel that way but what exactly am I supposed to talk about if the forum has gone really... I don't know quiet? I mean if there's something worth replying too, be my guest and show me the way but from what I've seen in the last 6 months or so.... I don't know. Not really anything that interests me enough.

I know the forum isn't at its peak form, but, man, it doesn't matter what the subject is, you put either a sarcastic, negative or hostile spin in all of your posts nowadays. Even the valid points you make get drowned out by your over-the-top posting style.

Nah, he's had some really good performances for Liverpool before. The main problem is his inconsistency.

He fits well into Klopp's design though especially since the team defends as a whole and works hard to shield the defence whereas it seemed a lot of the time we didn't have that under Rodgers which exposed our CBs more.

Moving forward we should be using Lovren and Sakho as our main 2. Lovren is certainly better than Skrtel.

I didn't think he was that good. At one point he slid like an idiot and had it not been or Bogdan we would have been a goal down. And generally looked shaky.

what annoys me is if a defender has about 10 yards to the nearest opponent when he intercepts a ball and still just clears it into the stands.
These guys are paid millions, they should be able to find a teammate to pass to even under slight pressure.
Liverpool lost (or couldn't gain) possession a few times because Lovren didn't have the composure to make a directed clearance.

it was funny that the way was trying to show that he is playing very authoritatively. But he panicked when actually mattered the most when he was supposed to make better decisions under pressure

but I am not worried about him, he will will play much better than he played under Brenda!

I can't wait until we get rid of him. I didn't even dislike Konchesky and Poulsen as much this guy. 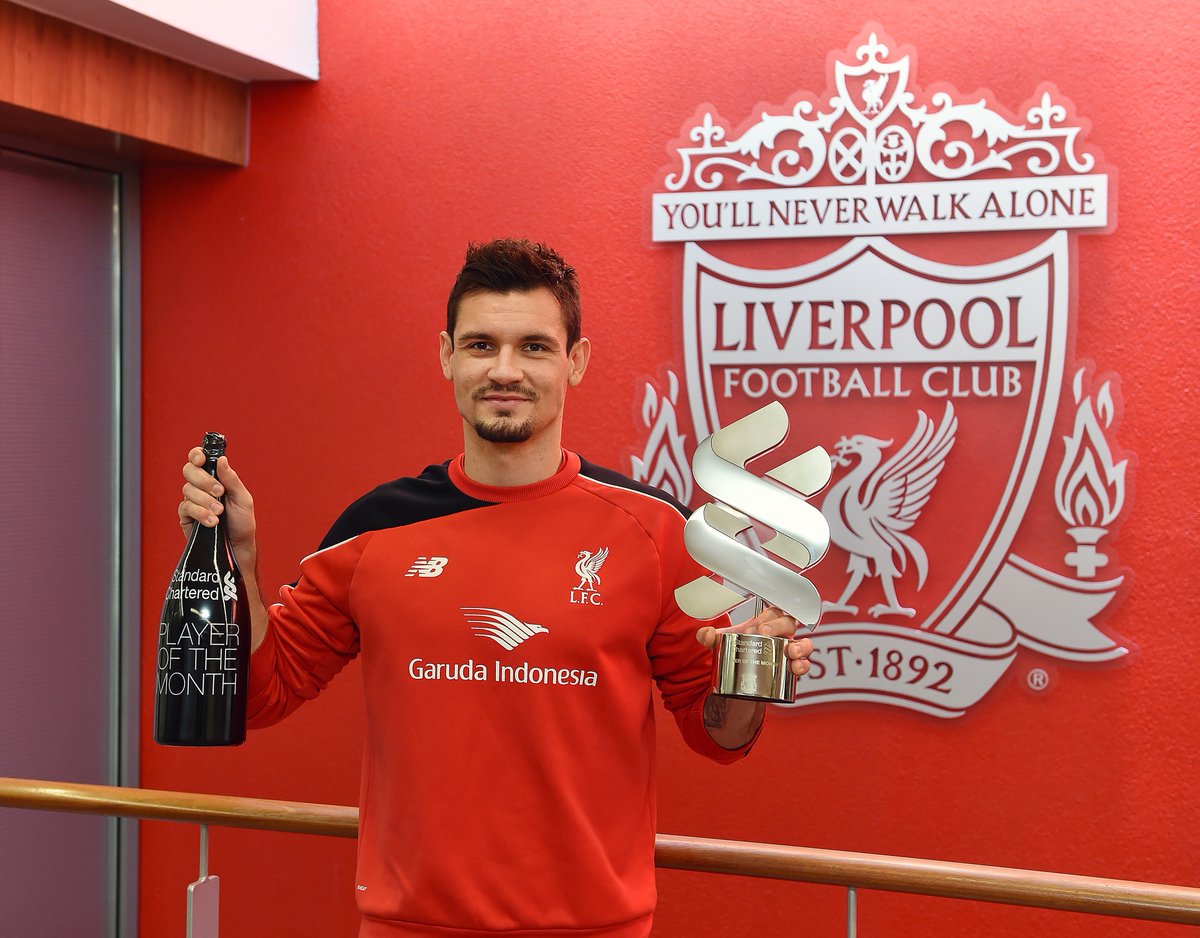 Get in lad. Well deserved! I always believed in you. <3

One thing I have to say, regardless of what you think of Lovren as a talent, is that we need more players with his kind of mentality in the team. Guys like him, Jordan Henderson and Joe Allen who have battled through adversity and criticism to rise above their haters and critics to put in some great performances for the club (so far, and in Henderson's case become one of the best, if not the best, midfielders in the PL). That kind of attitude and drive goes a long way on the pitch and in training as well as inspiring those around them, I think.

I meant Lovren, not you Cujo

Similar topics
» The Official "Why does BR prefer Lovren to Sakho" thread
» Kakuta on Dijon, Chelsea, France and The Future
» Official: Drogba & Malouda to play in Ligue 1 for Dijon FCO!!!!!
» Kakuta joins Dijon on loan untill the end of the season
» Gael Kakuta to make his move to Dijon permanent?

Today at 1:40 am by BarcaLearning

Today at 1:12 am by BarrileteCosmico

Yesterday at 12:30 pm by chairylegg

Yesterday at 10:33 am by Robespierre