Atletico Madrid CEO Gil Marin has claimed that Thibaut Courtois wants to remain with the Spanish champions next season.

The Belgian goalkeeper has just finished his third season on loan at Atletico from parent club Chelsea, who he has not yet represented in a first-team match.

As it stands, the 22-year-old is due to return to Stamford Bridge this summer, but Gil has said that the youngster wants to remain in Madrid.

"Courtois wants to stay and he's told the directors that. But it all depends on him and Chelsea have an injured goalkeeper," Inside Spanish Football quotes Marin as saying.

news aside, cech or courtois?

How long is left on Thibaut Courtois contract with Chelsea?

Why would he want to go to Chelsea who are an inferior team atm ?

Valkyrja wrote:Why would he want to go to Chelsea who are an inferior team atm ?

Until Courtois says that himself, his statement is irrelevant. Hope it isn't true 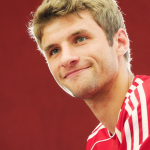 Do you want to report Atletico's CEO ?

Straight swap for Koke and he can stay at Madrid for all i care.

We found Cech, then Courtois, and i am pretty sure we can find the next great GK talent.

Do you want to report Atletico's CEO ?

Do you want me to temp ban Atletico's CEO?

Page 1 of 1
Permissions in this forum:
You cannot reply to topics in this forum
Latest topics
» Erling Haaland's adventures in Manchester City