Worst individual performance in modern Classico history? Broke down every single Madrid attack. And deceived me in my la Decima bet.

If Mudrid ever sign Hazard he'll have to go for 1 billion pounds, I'm sorry.

tbf, both of them were sh*t tonight.

He was not that bad lol.

The one time he almost helped Madrid score, he released the ball too late and Benzema was offside

Neymar can't play on the right. Most Barcelona fans knew that and already accepted it.

If it wasnt for Nerman, Madrid would have won.

PS:CR was worse than both

agreed with GAnso, he was one of the worst but not the worst. The worst has to be CR

He is too crude. Has incredible speed and has some very good technique, but his entire approach is crude and he plays in straight lines. He screams what he will do before he does it.

Alba has not looked as comfortable as he has been tonight. 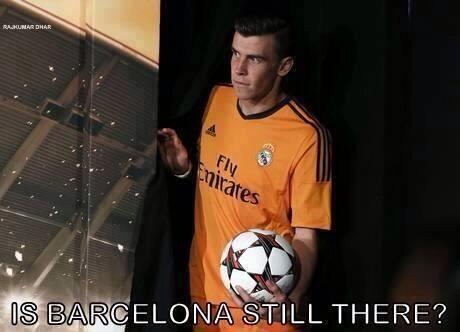 Debate of who might be better asside I find it ridiculous that creationists could look at Bale and still proclaim humans aren't related to apes.

He looked out of his depth.

He was single covered by Alba. That's how little they respect his game.

Hopefully he learns from this.

Welcome to Gareth Bale in a high stakes game to which doesn't allow his archaic limited field of play to which heavily relies of his physical characteristics. In the elimination of space-more importantly, space that he frequently occupies-he was rendered ineffective. Tata Martini is not congruent with Barcelona yet a fool he is not, defensively he did his homework individual errors notwithstanding.

Unless Bale doesn't expand his already limited dimension of play and right foot, he will never develop into an elite player as I've rarely seen any wide man so out of his depth in a Classico.

Natalie Portman wrote:Worst individual performance in modern Classico history? Broke down every single Madrid attack. And deceived me in my la Decima bet.

Its not even as bad as his debut Clasico lol...

Not sure why anyone is surprised by this anyway, Alba might be shat but his pace negates Bale's main strength.

Same thing use to happen in the PL all the time when he played on the wing, because most of the fullbacks there are athletes with speed and and strength it negated Bale's main strength.

He only started to perform to the level Madrid bought him for when Spurs moved him to behind the striker.

Bale kept running with the ball till he was out of the line. lol. mentally he was not ready for this game.

meh im gonna wait till next season to judge his clasico performances, if isco can get a free pass for flopping so can bale, bale still has chances to redeem himself, cl quarters and maybe semi's plus copa final.

Varane is the new Nesta

hala Madrid! bout fricking time! ancelotti you son of a gun! that intensity in the second half! such determination! hearts of champions! omg! 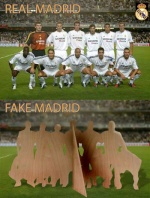