I feel like Caceres can be the replacement for Lichsteiner at RB and can also play LB and CB.

Andrea Barzagli will travel to Doha for the Supercoppa Italiana as Max Allegri announces his Juventus squad.

hope to see him.

Loved seeing him make an appearance.

Andrea Barzagli has spoken at length about the injury hell which threatened to end his career, as he makes his return to the Italy squad.

The centre-back missed the first six months of the season as he struggled with an achilles injury, but has recently returned to the Juventus and Azzurri fold.

“It’s been a very long and difficult road,” Barzagli admitted in a Press conference ahead of Italy’s Euro 2016 qualifier with Bulgaria.

“Not just in terms of the national team, but also not playing with my teammates at club level. It’s been a period of ups and downs, but thankfully it seems like it’s over.

“The worst moment? My operations was successful, then I undermined that in mid-September when - after having stopped for various pains - I started running again after seven days.

“I was wrong [to do that] and they told me I had a stress fracture on the bone which was operated on.

“The world fell in on me, it was a huge blow.

“I thought of giving up, but instead I threw myself into the recovery program so I could get it done quickly, and today here I am.

“I’ve now played three games in a row, which explains my call-up. I feel good. Some days I thought I’d never be able to play, with the pain I had, then some days I woke up fine and my mood changed.

“Until I returned to working with my teammates permanently, I struggled. For six or seven months I was limping just going to the bathroom, it definitely wasn’t the best.

“I was talking to some of my friends at Juventus, there were times when I felt like a stranger in the team, because I wasn’t experiencing the everyday moments of togetherness with them.

“It’s not the same watching the game at the stadium, you feel almost detached.

“That said, there are worse things in life. I was supported by my wife and children, and now I’m here. I’m the happiest man in the world right now.”


Andrea Barzagli dismisses controversy over oriundi, and welcomes Eder and France Vazquez to the Italy squad.

The pair are, by birth, Brazilian and Argentinian respectively, but have been called up to Antonio Conte’s latest Azzurri squad, with Roberto Mancini, among others, criticising the decision.

“Oriundi? They’ve always existed, those are the rules,” Barzagli pointed out in a Press conference ahead of the Bulgaria match.

“If they’ve been called-up and are doing well in the League then they can play for the National Team.

“It’s always been fine, other nations do it too. They’re welcome.

“Conte? He’s very forthright, he says what he thinks and goes his own way. It’s normal that he can create controversy if he knows that certain decisions will benefit the National Team.”

The Juventus centre-back readily admits that Euro 2016 is likely to be his last major tournament for his country, and hopes that the likes of Daniele Rugani can fill his shoes.

“I can’t see myself still in Azzurro after the Euros, primarily because I’ll be over 35. I’m not a player like [Gianluigi] Buffon or [Andrea] Pirlo who can keep going until 40.

“So I hope that young defenders like [Alessio] Romagnoli can take over for the National Team. There needs to be rejuvenation, definitely.”

Barzagli to renew his contract in February - 2 year deal until 2018. #GdS

Juventus are ready to offer Barzagli a 2 year contract extension & the player plans to retire at the club. #GdS

Andrea Barzagli would “like to see out my career at Juventus” and explains their extraordinary turnaround.

The defender’s current contract expires in June, by which point he will have turned 35, but he’s not ready to hang up his boots yet.

“I’d like to see out my career at Juventus. We will calmly discuss it with the club,” he told Sky Sport Italia and Mediaset Premium.

A new deal is expected to hold him to the Turin giants until 2018.

Meanwhile, tomorrow against Chievo they are seeking a club record 12th consecutive Serie A victory.

“We have rediscovered our solidity and confidence,” added Barzagli.

“Compared to the start of the season we have changed the mentality of the team. There is more sacrifice from everyone, we’re back to pushing hard the way we did in previous years.

“Now we mustn’t think of the run of victories, as instead focus on one game at a time.”

Juve hope they can keep this form up going into the Champions League Round of 16 with Bayern Munich.

“The draw was not kind to us, but Bayern can say the same thing. We are facing a powerhouse of European football, they picked the toughest opponent in the pot.”

Monster performance...only if he was a few years younger...

I love this guy

Barzagli and Bonucci were incredible, sooooooooo good. I hope Bonucci is fine. 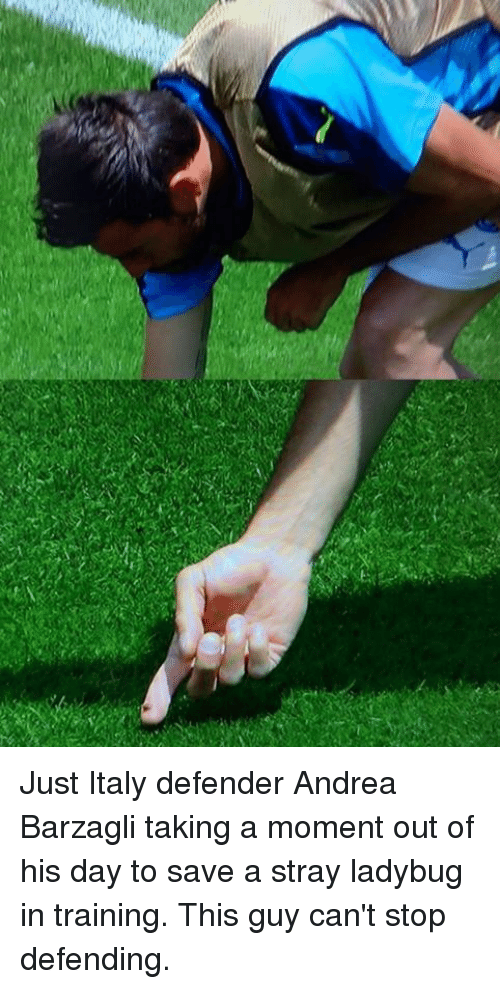 I hope he gets a job at the club, as assistant coach or something. Allegri talked about him as the teacher of defenders.