@Firenze wrote:yeah hopefully he died on impact tbh, he was burned beyond recognition, they needed dental records to confirm it was him apparently. 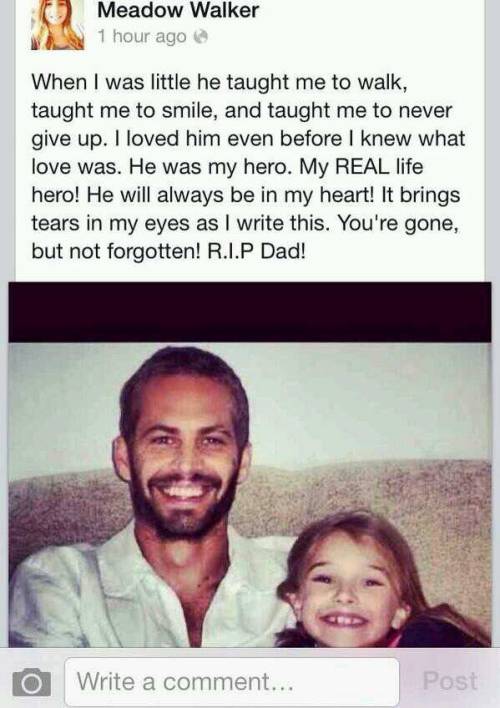 Do you have a source for that ?

I can't remember the last time I was truly hit by a celebrity's death. The more you hear about his charitable activities, the more depressing this gets.

This is too depressing. Normally not really saddened by people I dont know who passed on but for some reason this one stings a bit.

It's hard to believe, he was too young for dying ffs.

Fast and Furious will never be the same without him, RIP.

It's not just the death that's upsetting, it's the severity of the accident


like I said I really hope that he passed away on impact. Spends all this time doing charity work, was never in the headlines for some of the stupid shit celebs do today.

It's been a sad day.

Man imagine he had survived the impact. Goodness what a terrible way to die

I imagine nothing's worse than being on fire. That's one thing I don't want to imagine. 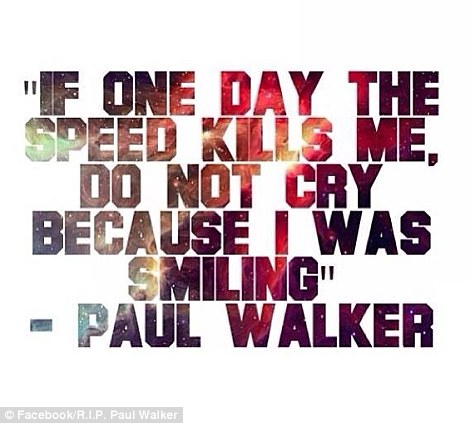 @Tomwin Lannister wrote:I imagine nothing's worse than being on fire. That's one thing I don't want to imagine.

Same man. I think it's probably the worst and most painful way to die.

I think he did survive the impact btw, there was a video where he friends who were nearby said they were trying to get him out of the car, and people nearby said he was conscious. Pretty horrifying if so, but I've read conflicting reports.

There was a tribute in Netherlands where a few hundred street racers got together and drove around today. Other generations had Star Wars, Indiana Jones, The Goonies, etc, we had Fast & Furious.

You guys should check out the movie Running Scared sometime, I think it's his best tbh.

Real Shame, I too grew up watching F&F. Rest in Peace.

Obviously it's not how life works but man... for a guy who done a lot of charity work, that's just not a way to go.


Horrifying to think about, feel so bad for his teenage daughter.

Now street racing is being investigated as a cause.

@El Chelsea Fuerte wrote:Now street racing is being investigated as a cause.

Wasn't it a charity event or something like that?

@El Chelsea Fuerte wrote:Now street racing is being investigated as a cause.

Wasn't it a charity event or something like that?

He was going to a charity event is what is being said.

He was on his way back from a charity event.

Tales of the actor's philanthropy are not new. CNN confirmed one story from a decade ago when Walker noticed a young U.S. military veteran shopping with his fiance for a wedding ring in a Santa Barbara jewelry store.

"The groom was just back from duty in Iraq, and he was going to be deployed again soon and wanted to buy a wedding ring, but he said he just could not afford it," saleswoman Irene King told CNN. "I don't think the soldier realized how expensive those rings are, about $10,000."

Although Walker noticed them, the couple apparently did not know who he was, King said.

"Walker called the manager over and said, 'Put that girl's ring on my tab,' " she said. "Walker left all his billing info, and it was a done deal. The couple was stunned. She was thrilled and could not believe someone did this."

King called it "the most generous thing I have ever seen."

He was driving back from a charity event with his friend behind the wheel. They all loved driving and the driver was obviously speeding

Yeah Paul was a great guy, made headlines for all the right reasons. What a way to go ffs

There's a saying that good people die early and the bad live long which applies here.

Funnily enough I was thinking about that phrase

Security footage from a building nearby showed the crash and explosion. The trees are in the way, however. TMZ has released the footage.

Police now say they have found the black box from the car which should reveal what exactly went wrong.

Tomorrow the autopsy is being done.

@Firenze wrote:
You guys should check out the movie Running Scared sometime, I think it's his best tbh.

I think so too. Great movie.

We'll find out soon but it sounds like the power steering failed on them. RIP.

the car he was in the accident with, 2005 Porsche Carrera GT 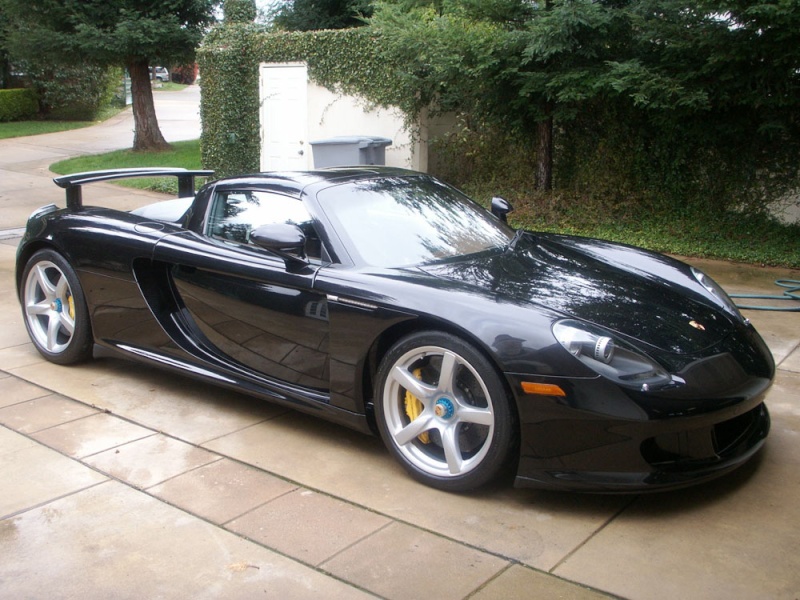