Livorno, Verona and Parma the 1st three games for Roma.

Top of the league

Top of the league

That is not that easy as you think i wish it was , cant remember the season when Roma actually won the first game , last i think was 2007 or something

Parma aren't normally a team to get past so easily

Now they have Fatboy Cassano too, who needs to try and prove himself over the likes of Di Natale for a 2014 WC place.

Yeah he'll thrive in a smaller team at this point tbh


If he can keep it up, he will definitely be in the WC squad. But as for him starting, it's hard to see past Di Natale if he has another 20+ season playing for the ever declining Udinese (Selling players all the time)

as long as they keep Gilardino away from the squad i'd be happy , Di Natale hasnt been the best for Italy either , he is a club player or whatever the term is

So Balotelli will experience racist chant already from the start...

3rd round vs Juventus, at least that will be over with quickly. 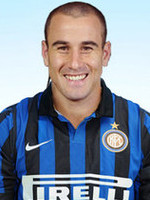 Another late Derby...and right after Roma...

il gladiatore plz son, di natale was a late bloomer. he is an explosive player for his club and country.

djfawnz wrote:il gladiatore plz son, di natale was a late bloomer. he is an explosive player for his club and country.

he never was explosive for his country , was following Italy all my life

djfawnz wrote:il gladiatore plz son, di natale was a late bloomer. he is an explosive player for his club and country.

Di Natale for the national team has always been a fish out of water, a mere shadow of him at Udinese. Shouldn't be in Brazil. Giuseppe Rossi could be if he puts together a good season for Fiorentina (just throwing his name into the mix, unsure if this is the appropriate thread).

Really tough start for Juventus though

The fixture list could do us some good, a flurry of huge games followed by months where most of our opponents are at the wrong end of the table. If we can carve out a lead early on, the big teams will be knocking points off of each other whilst any points we happen to drop will be considered a major upset.

Plus, it'll be a good warm up for the CL knockouts (Providing we make it there and I haven't just jinxed the club into hell)

It'll be good having the luxury to rest 5-6 first teamers including Pirlo whilst we prepare for a knockout round.

Meh, after a rough record against Napoli we established leadership over them

And whilst they are definitely capable of defeating us, I still like our chances.

Cavani was always a huge threat to us, Higuain is great but definitely not Cavani

Their wing-backs are going to struggle at full back, particularly if we opt for a 4-3-3

We have a much better strikeforce now

All in all I think we're even more capable of beating Napoli than the previous two seasons (One game they had 0 shots on target, and about 3 hopefull long distance shots in total

Serie A will be the most competitive league this season.

Juve/Milan in October. This gonna be good.

The other things to look forward to in Italian Serie A

Much of the discussion on the upcoming 2013-14 Italian Serie A has centred around the Scudetto race, the new signings, who will win this year's Capocannoniere, the crop of youngsters, the battle for the Champions League spots and Juventus, AC Milan, Napoli and Fiorentina. There are some other interesting things that will be worth looking at this season.


Mazzari's Inter: Inter Milan finished a disastrous 9th last season and to no one's surprise manager Andrea Stramaccioni got sacked and his replacement is Walter Mazzari. After Jose Mourinho left Inter for Real Madrid after winning the treble, Inter has signed and sacked Benitez, Leonardo, Gasperini, Ranieri and now Stramaccioni. Walter Mazzari has a good track record with Napoli and will likely continue the 3 man defence Inter employed last season. Inter has signed a talented young crop of players in Mauro Icardi, Ishak Belfodil, Diego Laxalt and is close to signing Wallace from Chelsea. They are also linked with Luiz Gustavo. Mazzari has a notorious record of not using youth but at Inter with these new signings and Kovacic, Mazzari will most likely use these youngsters effectively

Handanovic
Campagnaro-Rannochia-Juan/Laxalt
Wallace-Cambiasso-Kovacic-Nagatomo
Guarin
Palacio-Icardi
If Gustavo comes, then Cambiasso is replaced. Belfodil will rotate with Icardi and Palacio. I think they will finish much higher than 9th this season and Mazzari will not get sacked and stay on for some time and make Inter a CL qualifying side again.


Rudi Roma: Roma have also appointed a new coach in former Lille manager Rudi Garcia and will hope that he will not disappoint like Luis Enrique and Zdenek Zeman. Roma have had a big money departure in young defender Marquinhos and has acquired Dutch midfielder Kevin Strootman and two defenders in Mehdi Benatia and Tin Jedvaj. Maarten Stekelenburg has also been replaced by Morgan De Sanctis while Maicon has been signed form Manchester City. They are strongly linked with Gervinho while striker Pablo Osvaldo is tipped for an exit. With De Rossi, Bradley, Strootman, Pjanic and Florenzi, Roma arguably boast the best midfield in Serie A after Juventus and also have promising set of young players in Lamela, Destro, Jedvaj, Florenzi, Pjanic and Strootman. They could be a dark horse for Top 3 this year.


Development of Stephan El Shaarawy: After a huge number of high profile departures with minimal reinforcements is the summer of 2012, Milan looked to be destined for midtable mediocrity or even worse. Stephan El Shaarawy stepped up and carried Milan is his back and suddenly became top scorer and best player of Serie A after a series of game winning performances for Milan until the winter break. January saw the arrival of Mario Balotelli and El Shaarawy since then has not been able to replicate the form he had shown in the first half of the season. Some say it is because he is incompatible with Balotelli (who scored 12 goals in 13 appearances for Milan) while others have noted that he is simply physically and mentally exhausted after carrying a team in his back at such a young age and from starting nearly every game. This season he will play as a second striker in a 4-3-1-2 partnering Balotelli rather than in the left side of the attacking trio in 4-3-3 as he did last season with Balotelli in the centre and Niang or Boateng on the right. It remains to be seen whether he can play effectively as SS and whether he can truly co-exist with Balotelli.

Italian sides in Europe: Last year in the Champions League, Juventus had a respectable showing in the Champions League, losing 4-0 on aggregate to eventual winners Bayern Munich and AC Milan after a brilliant 2-0 victory against Barcelona at San Siro, was humbled to a 4-0 defeat on the return leg. This year sees the automatic qualification of Juventus who strengthened their weak line with Fernando Llorente and Carlos Tevez, and Napoli whose new coach Rafael Benitez wasted no time in acquiring Mertens, Callejon, Albiol and Higuain to cover up the departures of Campagnaro and Cavani. AC Milan has to win a playoff round to qualify for the group stages, while losing would see them qualify for the Europa League along with Fiorentina. Udinese also are in the playoff round for the Europa League.

Relegation battle: Last year saw Pescara go straight down after being promoted and a shocker in Palermo being relegated. This year's newly promoted sides are Sassuolo, Hellas Verona and Livorno. Sassuolo and Hellas Verona has a good chance of staying up while Livorno could easily go down again. There are the chances of another Palermo in Genoa while Torinho and Atalanta are also likely be in the battle.

If Inter get Gustavo they will finish top 3 at least.

Same goes for Milan if they get Honda and Ljajic.

What i'm saying is if these deals happen the top 3 will be Juve, Milan and Inter.

They wont sign Gustavo.They cant afford him at this point.

Don't think Top 3, definitely 4th/5th. One DM will not make the difference, no matter how good he is.

Or hell they are gonna win the whole damn thing, dont wanna jinx them into finishing above us

M99 wrote:Don't think Top 3, definitely 4th/5th. One DM will not make the difference, no matter how good he is.

Or hell they are gonna win the whole damn thing, dont wanna jinx them into finishing above us

Yesterday at 11:33 pm by BarrileteCosmico

Yesterday at 11:28 pm by BarrileteCosmico