The Mountain in Season 4 of Game of Thrones, pray for her

Great casting ffs. However, I just can't help but think that they already have showed the Mountain before in the series and now they're going to change the guy. That's just weird. I'm not a big supporter of that.

Same thing happened with Beric Dondarrion. They showed him in season one for a split second and then when his role increased last season completely changed the actor. It's stupid, shows that the writers didn't really read the books and get themselves accustomed to the whole storyline.

In situations like that it doesn't really bother me since the previous characters didn't really leave any lasting memory, but they are completely re-casting Daario Naharis.

This will screw with some people. 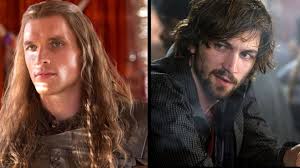 oh ffs why are they recasting Daario?

SOmething wrong with the actor?

They did that with Spartacus and half of my love for the shot died. But in that case the actor passed away.

I didn't know where you were going with that McAgger, glad you knew the original actor had cancer and died.

What are the forum rules on nudity

You know them very well

I'm sure it'd be fine, CB is probably already in bed, I think Dom tucked him in already

Moto thou posses some explicit photographs of GoT beauties?

For the RG crowd

Sure, assuming Hazard gets me enough points tomorrow

no pressure! He will!

See Blue Barrett, make sure you put a call into your boy

Motogp69 wrote:The Mountain in Season 4 of Game of Thrones, pray for her

They should keep it as secretive as possible. 15 minutes will give away all the twists and turns.

Won't give too much away

Page 30 of 39
Permissions in this forum:
You cannot reply to topics in this forum
Latest topics
» UCL Final 21/22 | Liverpool Vs Real Madrid