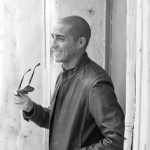 So classy and what a a gentleman

For some apparent reason, Mario Balotelli decided to mimic kicking a ball at Vincenzo Montella, Fiorentina’s coach, before the match between Milan and Fiorentina this weekend. The look which then permeates Montella’s face is one of utter perfection. No one look in history has defined a player so much as this one defines everything Mario Balotelli and everything he’s ever done.

I mean really, what was Balo trying to do there in intimidating a legendary player like Montella? A guy who is literally known for his balls of steel approach to even the most feared figures in Italian football. The class he just exuded after that was like a young Pacino. Made Balo appear like a petulant child

Yesterday at 10:40 pm by Arquitecto

Yesterday at 8:00 pm by Casciavit