At a time when players joining Barça become more prominent than the ones we already have, Xavi Hernández is becoming a true Barça legend. There is no doubt of his enormous talent – Pep Guardiola said a couple of weeks ago that Xavi already is much more of a player than he ever was – and now he is rapidly becoming the most successful Barça player. He has already won 16 trophies, being the 2nd biggest trophy winner at Barça, after Guillermo Amor (17). Pep Guardiola also holds 16 trophies. Xavi has also reached 6 Liga titles, as much as Pep Guardiola and Antoni Ramallets. Since last January, he is already the player with more games played for Barça, with 577 games so far.


As he recently told El Mundo Deportivo (here), he is enjoying this time at Barça. “It’s fantastic…the way we play, the way we win trophies… I feel privileged.” Xavi was also there when times were not this good, especially in one of the biggest trophy droughts of Barça’s history (1999-2000). “We have had rough times so the ones who have lived through those years know the value that our recent achievements have,” he says.


For the future, Xavi wants to end his career at Barça, and winning more silverware in the process. “I am a culé so I enjoy it here as a kid. I don’t picture myself anywhere else. I am living an historic time at the club. But we still have more to compete for, Spain and Europe Supercups, as well as the World Club Tournament,” he said. Despite being at his best, he knows that he doesn’t have too many years left in football as, for example, Lionel Messi. “I am always motivated for the next challenge. It’s not like I see the end of my career coming, but me and Puyol always remember our age (Xavi 31 and Puyol 33). So we know we cannot waste any time.”

For the next year, after a well deserved vacation in Sant Antoni de Calonge, Xavi thinks Madrid will be the toughest rival, both in La Liga and the Champions League. “We are better than them, but they are getting closer and they have already defeated us this year. If you like football, it is disappointing that such a huge team play depending on their rival so much. It’s not good for football. Meanwhile, Manchester United played their own football. They lost, but in their own way. They tried to defeat us by being themselves, being honest and without using violence.”

Xavi also gave an extensive interview to Diari Sport, which can be found here. Some excerpts of it are posted below:

Sport: This was a fantastic season, wasn’t it?

Yes, it was. The only bad thing was the Copa del Rey final. We got to compete until the end of every tournament this season. We started off by winning the Supercopa, won La Liga and ended the season playing really good football. And then we’ve seen the best game Barcelona has ever played – well, I don’t know if it was THE best, because I haven’t seen all of them, but one of the best in recent years for sure. I never enjoyed playing, being on the pitch, as much as I did in this Champions League final. I enjoyed some of the Liga games, but none were as important as this one. I really had FUN. I’m like a kid who has just started to play football and enjoying everything for the first time. And I’ve never played this good in my life. I’m very happy, because of this year’s season, the recognition we’ve had worldwide. I couldn’t ask for more.

Sport: Have the bad moments been forgotten?

The press publish whatever they want. Often they say things that have nothing to do with football.

Sport: You mean the doping scandals?

When you’ve played as many years as I have, nothing surprises you. It’s almost funny, in a twisted way. When I watch the news I sometimes find myself laughing, thinking “OMG, how low do these people go to get a victory?”. That’s bullshit. You need to be more… noble, and doping is just..low.

Sport: Are you referring to Madrid’s press?

I don’t like to talk about what they said about us. Their accusations only made us stronger. And Mourinho’s figure, and Real Madrid not wanting to play the football they are capable of…We won everything except the Copa del Rey; we won la Liga, Champions League semi-final, always playing football. Barcelona is much stronger today thanks to everything Real Madrid has done this year.

Sport: Do you think Mourinho will be even more aggressive next season?

It will be pretty much the same, but with more experience. He will know more about how la Liga works. And not just Mourinho, Madrid in general. But Mourinho is the kind of guy who likes to stir things up, he really riles up the Catalans and Barça. We need someone like him, as Catalans, because he keeps us constantly on our toes.

Sport: Did you speak to Casillas after the four clásicos?

I spoke to him after the Copa del Rey to congratulate him. Don’t worry, we’ll talk soon enough. I’ve always gotten along with him. We’ll just find a way to put everything behind us.

Sport: What are your thoughts for this Barça and its future?

I’m really optimistic, that’s how I really feel. You can’t predict anything in football, it might be unpredictable at times. I could say now that we’ll keep winning silverware for five more years, and then next year we’ll fall, and then I’ll have to eat my words. I can’t predict the future, but my feelings are positive. Not just about football. You should see the atmosphere in our dressing room. It’s fantastic.

Sport: Is this the best dressing room, the best team mates you have ever had?

It is, yes. There are no ego problems, we are all having fun and joking and getting along, you know…there are good people. The difference is made by the staff. Out of 50 people there, 35 or 40 were groomed here at Barça. They are all true culés.

Sport: Do you fear Pep will get tired eventually?

Pep is an intelligent man. He knows that if he signs on for four, five years, he’ll get lazy. You lose motivation and challenges. If he says, I’m staying one more year, well that makes you think you have to win as much as you can to earn the right to sign on again for another year. That is really smart…

Sport: Knowing the manager may leave, doesn’t that create anxiety in the dressing room?

There is some kind of uncertainty rather than anxiety. That is good, at some point. Pep loves Barça, if it were him, he’d sign for 10 more years. He doesn’t want to disappoint anyone here. He needs to stay with Barcelona for the rest of his life. One way or another, he’ll always be linked to this club. You can’t let someone like him leave.

Sport: Let’s talk about Abidal lifting the cup? That was really thoughtful of Puyol.

Sport: Do you think so? Sometimes egos can get in the way….

Bullshit. Who cares who lifts it? It’s only two seconds. The glory of victory is for everyone. That’s what being a TEAM means. Puyi told me “You lift it, Xavi.” and I said no. He hadn’t mentioned it to me earlier. Also, I felt bad that Puyi didn’t get to play, that wasn’t right. But it was all him, he wanted to let Abidal lift the cup. It wasn’t a forced decision.

Sport: The whole world has called you the best team in the world.

Everyone is saying it, and I’m here drooling. Van Basten, Luis Aragonés, Sacchi. I have goosebumps. That they’re comparing us with Sacchi’s Milan or Brazil in the ’70s.

Sport: Didn’t Platini ask for your shirt like he did after the World Cup?

I gave it to Justri (one of Xavi’s best friends). He was really happy! Platini congratulated me and told me it was wonderful. He spoke to me in Spanish, even though his Spanish is as bad as my English.

Sport: What do you think of Villa’s first year at Barça?

Me and El Guaje are very close. I think he’s an incredible person. He has a big heart and that’s something that’s so hard to come by in the world of football. He’s humble, hard-working, he adapted to the team perfectly, he never had ego problems. He keeps his ego only in how hard he wants to score. Of course he felt really bad for not scoring! To a striker, scoring goals is a must, and he suffered a lot. When he scored in the CL final I felt as if I had scored! Good people always deserve the good things that come to them.

Sport: Is this the happiest you’ve ever been?

Yes, definitely. I feel fulfilled, like I’ve achieved something. I’ve been criticized, people didn’t believe in me. So of course now I value all this even more. People who haven’t lived in the mud, who have never seen filth, they don’t know how hard it is to get all this. People don’t know how much it cost me to get me where I am now. After living difficult times at Barça, I appreciate what we, as a team have achieved over these three years even more.

Xavi IS humble and respectful. 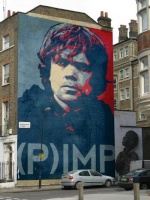 BOW DOWN TO THE BOSS

I just love this man.. 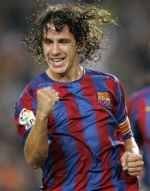 Awesome interview, I love Puyol wanted everyone but him to lift it, this team is just full of great people.

sagnik, that was great to read. Thanks for posting.