.... i don't need to defend anything.  The team had a terrible game.  Even Spain got a draw against Finland in Spain that almost cost them in WCQ.  Chelsea PTB and countered against barca and bayern... does that make them better?  Mou does it all the time and gets results too.  It works.  Doesn't make the other team better... it just makes them good at anti-footy, which is exactly what Ukraine does.  Besides, there's s second game on Tuesday and 0-2 is not unsurmountable at all.

Also, Thauvin has 3 goals and 1 assist in his last games with OM including a great game at Napoli in CL.  So go frak yourself here too.

You should stop posting opinions about french football because a) you're an obvious troll who watches nothing or b) you're blind.  Either way, it doesn't look good for you

You're officially on my ignore list. So won't see anything further from you thankfully.

.... i don't need to defend anything.  The team had a terrible game.  Even Spain got a draw against Finland in Spain that almost cost them in WCQ.  Chelsea PTB and countered against barca and bayern... does that make them better?  Mou does it all the time and gets results too.  It works.  Doesn't make the other team better... it just makes them good at anti-footy, which is exactly what Ukraine does.  Besides, there's s second game on Tuesday and 0-2 is not unsurmountable at all.

Also, Thauvin has 3 goals and 1 assist in his last games with OM including a great game at Napoli in CL.  So go frak yourself here too.

You should stop posting opinions about french football because a) you're an obvious troll who watches nothing or b) you're blind.  Either way, it doesn't look good for you

You're officially on my ignore list.  So won't see anything further from you thankfully.

How does a non-frenchman school a frenchman in his own game???

Thauvin has 3 goals and 1 assist against who?? Look at the competition.. aside Napoli.. Plz is this kid the next great hype??? lmao cuz he's scoring against the likes of Reims and BOTTOM OF THE LEAGUE SOCHAUX. Brah you're the worst French poster ever.. a shadow of what Droit was back in Goal.com.

lol @ Ukraine playing anti-football.. is this what you really think sport??? Plz be serious. France didn't DO ANYTHING all game and its defense was shite.. your the same guy who thought France would steamroll Ukraine brah.. I think you're the troll here.. name the last time France scored more than 2 goals at home...

LOL I bet you still believe Ribery isn't the heart of this team and that Didier has this NT turned around AAHAHAHAHA.. So optimistic after beating Finland and Belarus.. give me a break. 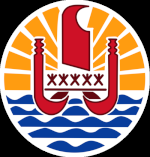 Good game to tonight. Both Payet and Thauvin had a goal and assist each + Gignac was effective with a goal and several other chances.

First time in a while that OM looked good without Valbuena being on (obviously tired from NT duty). Thauvin constinues to impress.

What a crap starting XI we lined up against Arsenal

Granted, we had absolutely nothing to win... but i think we'd want to avoid being first French team ever to go with 0 points in pool play. Need a result against Dortmund somehow.

Bad points:
- Morel should just leave...
- Mendes was also very poor
- Imbula and Lemina are not ready and are rusty. OM should loan them out if they don't plan to play them.
- Khlifa sucks
- Jordan Ayew was invisible

Good points:
- Thauvin is class
- Mandanda is class
- Valbuena and Gignac both look fine
- Abdullah showed that he can play

I'm not very optimistic going forward. Defense looks so bad when it was like a rock last year. I think Baup needs to re-implement last year's tactics of being more conservative and rely on the counter... this open play style does not work for us.

After that pathetic lineup and performance against Arsenal, it was nice to win this one.

Heartbreaking loss to Lille. OM dominated the game and had several great chances to score. Gignac being poor and the keeper being fantastic stopped it from happening... then both Valbuena and Payet get hurt, which killed momentum for the last 15 mins. Of course, at 90+2, Lille scored a goal on probably their 3rd true opportunity of the game.

Without A. Ayew, Valbuena and Payet... this is going to be a tough stretch. Gignac needs to become more efficient!

Baup fired... Anigo taking over temporarily. Not sure i like this. Baup deserved the year as long as we were in a European slot. Now, i think it gets complicated.

Zidane was approached first apparently... but since he wanted UK type coaching powers, it won't get done.

Gourcuff, Antonetti and Papin are the other names mentioned. But the club is going to finish the CY with Anigo as the manager. Over the winter break, a decision will be made...

The hot rumor is Frédéric Antonetti will be named Marseille coach next month.

LMAO Marseille is a JOKE

Meh... Payet killed the game for us. Got a stupid red card around the 30th minute. After that, it was about holding on and OM couldn't.

Few thing... Mendy has to start, pure and simple. Let Imbula and Lemina play together with Romao. Go to a 433. We don't have enough forwards due to injury. Let a forward line of Payet, Thauvin and Gignac have a go... once Valbuena comes back, put Payet or Thauvin as a false 9.

Need to get a bit creative here. Gignac is not playing well and our CBs are not solid right now.

Have the talent... need to give the kids a chance.

Oh and OM are strongly rumored to be buying Ntep from Auxerre in the winter mercato... what a move this would be lol. Fantastic player.

First preseason game for Bielsa who played Leverkusen... who were on their 3rd preseason game and starter with most of their regulars. OM was missing Mandanda, Valbuena and Nkoulou.

OM crushed them 4-1. Actually felt a bit bad for Leverkusen. OM only had 16 guys for the game and it was in 38 degree weather in Austria.

The Bielsa revolution has started. More movement and technical skills/risks than i've seen from a OM team since the glory days in the 90s. Some really nice stuff. Played a 343 lol. So aggressive.

Totally catching OM games this season just because of him.

Gignac looks fit... he lifted his shirt to wipe off sweat and there was a 6-pack there lol. i thought i'd never see the day

Ligue 1 is going to be fun this year. PSG and Monaco will be there + OM and Lyon seem very improved + you can't count out Lille and St Etienne to play tough.

6 good teams. PSG is above the rest of course... but after that, it's a dog fight.

Good first half against Benfica.

It's really interesting. OM is playing a 3313 with Mendes as the CB flanked by Lemina and Romao, who are both DMs, as LCB and RCB. It looks decent too. They pass the ball from very low and don't hoof at all... even when they probably should. Then you have Mendy and Dja DjeDje as the wingbacks. In the middle, Imbula is the link. Then you have Payet playing as the 10/AM. Up front... it's Alessandrini, Thauvin and Gignac.

Really creative. 100% pressure all the time and great passing. Just a joy to watch.

Good game again. Granted, Benfica looked like a mash unit with all their sales... but they always have talent and OM is also missing a lot of players + new tactics.

Saw this coming... although i think a resolution will be reached at some point. OM will not play games at the renovated Velodrome because the city is asking too much on the lease. In the meantime, OM will play its home games at Montpellier lol.

), i hope the city tries to lure the OM franchise. Won't call it OM then obviously...

Really a culture shock. According to this reporter:
- Bielsa has no direct contact or communication with the players. Everything is done via his assistants.
- OM's president has spent hours with Bielsa going over players and recruitment. Most recently, Lebrune offered Bielsa two defenders that are currently in EPL... Yanga Mbiwa and one from Man City. He said no to both.
- The war of words between Bielsa and management has already started.

4-0 thrashing of Nice.... the offense is very good if the midfield can get them the ball you have Payet-Ayew-Thauvin-Gignac starting and Alessandrini, Batshuayi and Barrada coming off the bench. Really potent.

The key was that the best player in preseason, Lemina, got injured and he's now returning. Pair him up with Imbula and you got yourself a very good ball recovery pairing.

Defense is pathetic other than Mendy and Nkoulou... really need help there lol.

Don't know about Bordeaux but I have seen Lille, Monaco & Lyon and they weren't very impressive. Do you think OM has the quality, depth, discipline and managerial acumen to finish T3 this season. They don't have any European engagements so that should be an advantage.

Don't know... if we miraculously have ZERO injuries in midfield and defense, definitely.  But we're so thin that even 1 injury would kill us there.  Well stocked on the attack.

Bordeaux is pretty decent.  Lille are just tough defensively... they look horrible but make it difficult.  Lyon are shat.  Monaco has a new manager with a drastic system so they need some time to adapt; they'll compete for a top 5.  St Etienne is the same as Lille.  The top 5 to me are PSG, OM, Lille, St Etienne and Monaco.

After that, you have 10 teams fighting for slots 6-15 and then five battling relegation.

EPL is killing us.  Too much money there and all the Ligue 1 teams are getting poached from midlevel talent up.  Nothing we can do about it either...  media deals are far too different.  Ligue 1 got 1 billion over 4 years and EPL got 4 billion over 3 years.  It's not equitable.

Not too bad. Signed Doria, Ayew didn't leave and Cheyrou is back.

Mandanda... seems to be getting better. I like Brice Samba too anyhow and he's only 20.
Dja DjeDje - Nkoulou - Doria - Mendy.... that's solid. You also have Romao and Morelshat as backups.
Lemina-Imbula... that's good too. Romao can back this up as well and now you have Cheyrou.
Payet-Thauvin-Gignac-Ayew.... Alessandrini, Batshuayi and Barrada as cover. Really deep here.

We're not going to compete with PSG, but we should definitely target 2nd place.