Etoo vs Song, round 2

Etoo vs Song, round 2

The 31-year-old forward, who now plies his trade in Russia for Anzhi Makhachkala, has endured an uneasy relationship with the Barcelona midfielder ever since Song refused to shake his hand in an African Cup of Nations qualifier against Senegal last year.

In an interview with Canal+, Eto'o insists that their rivalry is still as fierce as ever and laid down the gauntlet to Song.

The players appeared to have made peace before the African Cup of Nations qualifier against Cape Verde but Eto'o is adamant that there has been no major reconciliation.

Reports suggest that Song had tried to steal the national captaincy from the striker, who was exiled for eight months after sparking a player's strike over wage demands.

Eto'o, the four-time African Player of the Year, is the all-time leading goalscorer in the Africa Cup of Nations with 18 goals.

Why did Song refuse to shake his hand?

eto'o being his usual self....

He's right though, one of the world's top player in the past...and probably still is? atm 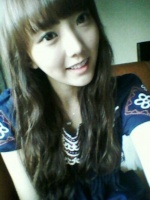 It's true that Eto'o is a great player, but if he's going to pull that argument maybe he shouldn't do it when he's playing in Russia and Song is at Barcelona

If you're not talking about money, Eto'o isn't speaking your language

Lex wrote:If you're not talking about money, Eto'o isn't speaking your language

Eto'o vs Carragher tomorrow is going to be fun...

Eman wrote:It's true that Eto'o is a great player, but if he's going to pull that argument maybe he shouldn't do it when he's playing in Russia and Song is at Barcelona

Eto'o could be playing for AFC Wimbledon but his point still stands. lol

Lex wrote:If you're not talking about money, Eto'o isn't speaking your language

He deserves what he's getting paid as he still does his job week in week out.

Say all you want about the Russian League, he's potentially going to win yet another title - just like how he has done so in Spain and Italy and is still playing and dominating games in Europe.

For someone that is 31... and that was forced out of an Inter side as they needed to limit their wage bill, you can't ask for much more. It's not as if he's leeching money from the club.

Yesterday at 6:10 pm by Myesyats

Yesterday at 6:02 pm by titosantill

Yesterday at 10:12 am by Harmonica

Yesterday at 9:15 am by BarrileteCosmico