Jerome Sinclair about to come in....16 years and 6 days old...Just breaks the record. He's our new younger=st ever player.

They did better at the Hawthorns than our first team.

Great great game. Thoroughly enjoyed it. Our youngsters are great

and the fans were great as well. Apart from the awful start we controlled the match. A lot of positives to take from the game.

Robinson was excellent at LB. Full of energy p and down the flank all night. Solid defending and attacked well and his link up with Asaidi was good.

Sahin looked sharp and dominated the game. Great touches, passed well of both feet and won the ball back a few times too.

Asaidi was excellent. That RB will have nightmares tonight. If he can play like that on a regular basis, then he should be straight in the team.

Henderson and Pacheco played well too as did Carra.

Actually Wisdom deserves a mention too he was very composed at looks like an intelligent player. Coates was very good too.

And a special mention for Brad. Apart from the early mistake he played very well. Showed a lot of confidence, He was plucking balls out of the sky un that second half. I'm sure the defense loves to see that.

Yesil didn't really do it, although he did get about and worked hard.

And the winning streak begins now

Sahin was great. BR's substitutes have been amazing i have noticed. Completely changed the tide of the game in this as well as the YBoys match.

Art Morte wrote:If that's our line-up I'd expect WBA to give us another 3 - 0 trashing

Just overjoyed by today. I mean I literally had tears in my eyes. Not only this marked the first time both my teams won in the same evening but BR's vision was well and TRULY shown on display today and more than any other game.

Brad: What I don't like about him is he seems almost afraid to get dirty. To get his hands in a mess or at least show more assertiveness.Quite obviously it is his recent troubles and lack of playing time which has deduced his confidence. What I like about him he is actually an intelligent keeper similar to the mold of Abbiati, Sirigu, Irizoz in the context that they try to use their intelligence and positioning rather than blind acrobatic leaps like Lloris or De Gea. I say he can be our assured back-up for a long time to come and given his increasing game time I say we can see improvements in as he slowly feels more and more part of the team.

Wisdom: This is a funny one. Understandably he looked shaky in defence despite holding his own. Yet what was funny how he actually outperformed Downing in his overlapping runs, passing and of course his crosses. I mean I can't help but feel bad for Downing now that he is being outperformed by half of our youngsters. Wisdom really is worth the hype so far as I appreciate his confidence in attack. We have yet to see how he fares in defence though. We don't want another Glen.

Carra: His first non-disastrous game this season. What he brings to the back is undoubtedly is his command and he did just that which is why Coates always looks more assured under his command. Great to see my favourite all time Liverpool CB turn in a vintage performance.

Coates: I think Sepi and Messia resonate my thoughts on how much he is improving. While Coates continues to bloom, so does my fan-ship of him as despite looking in some of his usual nervy stances he grew confidence throughout the game and displayed how complete he can be with his aerial defence and ball playing skills.

Robinson: Young Jack actually had someone to combine with unlike Wisdom who had to combine with a clown. And he did just that as it seemed as if Robinson and Assaidi have played for years with their timely overlapping runs and combinations. Assured performance from one of my fav prospects.

Hendo: Everyone here knows I'm Hendo's biggest fan yet I was disappointed by him today as he seemed anonymous due to losing the physical battle in the midfield. He tends to shout A LOT when getting angry and needs to keep a cooler head. I'm glad Hendo has been getting a lot more time than what usually was given to him by BR.

Nahin: MOTM without a doubt. This was the Sahin we saw at Dortmund as Real fans must be wondering what went wrong when they acquired a player for 40 million and sent out a superior player on loan. Forget the goals as that was just a bonus. Sahin was a vital key in our midfield today as defensively he shone will kept the play ticking. Reminds me of a younger Pirlo. Just an immaculate performance from him as I'll be disappointed if we cannot acquire him over the summer.

Pacheco: High hopes for him STILL yet Rodgers has to realize Pacheco will not bloom in a CF role as he has to play off someone through an SS role.

Yesil: Largely anonymous despite showing his technique and skill.

Assaidi: Our 2nd best tonight. Our faith in our surprise package will be relayed if we continue to see Assaidi's trickery as we did today. Just a bag full of 2-footed tricks and did not go predictable or didn't run out of ideas. Very unpredictable light feet as I'm excited to see what he can do for us. Certainly should rotate with Sterling in order to not burn the youngster out.

Suso: Our most talented youngster made an immediate impact with his brilliant run and quick faint to set up the goal from Sahin. That one run alone cemented my thoughts that he will be a superstar for the future. Astounding confidence on the ball for his age.

Overall obviously not a perfect performance as some periods of the game we just could not handle the West Brom physicality. Yet when in possession our passing had more purpose and guile in it as our pressing also has improved. We faced what was literally an U-21 squad v a First Team West Brom who currently is one of the best in the PL and did so in their home where they destroyed us. We are seeing such rapid improvements in the team as its scary to think how well we are playing with this B squad along with the potential that can be reached with our best team. Through the calculative chances given to our players by BR, we have a lot more depth than initially though given the young talent's performances. We have a manager who truly represents the soul of Rafa in his progressive thinking ahead rather than temporary fixes and paper the cracks like that dumbass Hodgson. Our performance was far more assured than any other as we just need to carry on this momentum into the PL. Despite losing to United I feel that game can potentially be a turning point in our season given our very impressive and valorous performance against them.

Just more positivity is brimming in this section and its not just Fahim's recent transformation into Shankly that has done this. We truly are seeing our team bloom into what it can be. Keep trust in BR and FSG along with our squad. Let us rejoice in this victory.

P.S: I have decided Nishy will be making all our threads as Messia agrees with me. We can't have jinx masters like Sepi, Art and I to create threads given Nish has the best record and doesn't make half-assed previews like us.

Don't let us down Nish

great review, wholeheartedly agree with all of it. Nishank you better get your hands dirty with match previews or else

We need to cut our losses with Stewie, its a shame when he gets outplayed by an 18 year old CB playing out of position. I wanted to give him this season to prove himself but ive come to the conclusion that every aademy player is better than him

He was elbowed by the dirtiest player in the league. Jonass Olsson

is staying at Liverpool

Sepi, I'm surprised you haven't brought up Mulumbu's tackle yet... 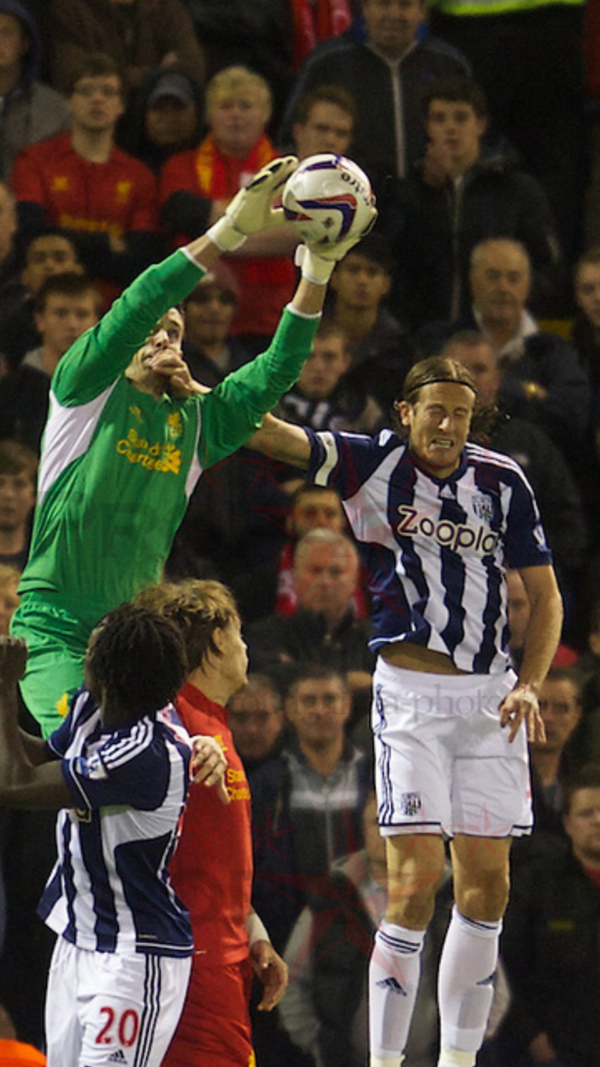 I wasn't able to watch the match, but this explains the first goal.

What's Olsson doing playing football? Get that man some gloves and call Mayweather.

Sorry for the size of the pic. Only size I could find.

He was elbowed by the dirtiest player in the league. Jonass Olsson

Jones is impressing me a lot. I wouldn't mind BR giving him a nod over Reina for at least one game to make it clear to Reina that if he doesn't perform he's replaceable.

WHY THE HECK IS HE NOT PLAYING EVERY GAME???/

Arquitecto wrote:Just more positivity is brimming in this section and its not just Fahim's recent transformation into Shankly that has done this.

Today at 1:01 pm by BarcaLearning

Today at 12:04 pm by BarcaLearning