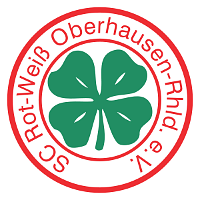 Nicknames: RWO, Die Kleeblätter (The Clovers), Die Malocher (The Workers)
RWO are based in Oberhausen, North Rhine-Westphalia, one of the numerous cities of the Ruhr Area. Surrounded by Gelsenkirchen (Schalke 04), Essen (RWE) and Duisburg (MSV), and in close vicinity (<70km) of Bochum, Dortmund, Düsseldorf, Mönchengladbach, Leverkusen, and Köln, Oberhausen always had problems to gather any larger following amid all the more glamorous clubs. With currently 210,000 inhabitants, Oberhausen was formerly known as coal mining and steel industry city, so the population consisted formerly of hard working people. This also reflects on RWO, where we say "Fußball wird hier malocht", so the club isn't exactly playing a beautiful style, but the team is passionate and hard working.

The most successful time of RWO was in the 70es, when we even reached the Bundesliga. Unfortunately this was ended when the Bundesliga scandal struck and a couple of coaches, managers and players of several Bundesliga sides were banned for a long time (see http://en.wikipedia.org/wiki/Bundesliga_scandal_%281971%29 ). From then on, RWO always hovered between the 2nd Bundesliga and the 4th division, this season sadly again in the 4th division.

RWO's stadium is the Stadion Niederrhein which was build on the "Emscherinsel" (Emscher-Island) between Rhein-Herne-Kanal und Emscher in 1926. It has a capacity of 21,318 people (4,039 seats, the rest terraces). 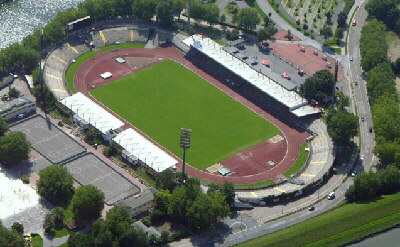 The colours of RWO are red and white and also appear in the club's name as "Rot-Weiß" is German for "red-white". The club's logo shows a 4-leaf clover which is a reference to the 4 founders of the club who had the nickname "das Kleeblatt" (=the 4-leaf clover).

My Club in Regionalliga west

Well, we need to reach the first place to go into the promotion play-offs with the other Regionalliga winners to have a chance at one of the three promotion spots for the 3rd Liga. That won't be easy. ^^

At least in the 2nd round of Niederrheinpokal (the regional cup we have to win to get qualified for the DFB-Pokal again), RWO won 10:0 against Bezirksliga side TGD Essen-West. Nowadays one is even thankful for little things. *tragic sigh*

Next league match for us: 1.FC Köln II. They should be manageable, I hope!

Not anymore. Those idiots managed to get relegated two times in a row

Of course then about the whole bunch of players jumped ship (or were kicked out due to non-existing performances), so the current RWO team is actually brand new except for 3 players. At least Terra stayed, but then, he was already there when RWO last managed to get promoted from the 4th league upwards last time.

(RWO has the record of going down two leagues and then in the next two years getting promoted back two times. So now we got relegated 2 times in two years again, and we are working on getting upwards again. RWO - biggest elevator team of all times XD)

BTW, RWO's total lack of fight to avoid the last relegation plus the loss against Hönnepel-Niedermörmter (!!) in the Niederrheinpokal semi last season prompted me to use the Basel logo for a while after the season. Such lack of spirit merits at least some punishment. Of course now with the start of the new season, I have my RWO logo back up again. We just have to get back up again, and this is a fresh young team after all.

So. After RWO lost against FC Köln II 0:3 at home last Friday, Mario Basler decided to resign from his post as coach. I'm curious who wants to try his luck next. I'd love to see Hans-Günter Bruns back. He led RWO from the 4th division into the 2nd Bundesliga once before.

@rwo power wrote:So. After RWO lost against FC Köln II 0:3 at home last Friday, Mario Basler decided to resign from his post as coach. I'm curious who wants to try his luck next. I'd love to see Hans-Günter Bruns back. He led RWO from the 4th division into the 2nd Bundesliga once before.

Loddar? Not even RWO is *that* desperate.

Hmmmm.... Maybe if he comes with a million Euros or two in his luggage

Oh, almost forgot to mention it - as of 17 Sep 2012, the position of chief coach was taken over by Peter Kunkel, the former RWO U23 coach. As the guy already knows the young players and the club, he can just go on with his work and doesn't need to waste much time to get to know RWO.

I should have posted earlier, but I hate to be reminded of stupid losses, especially when RWO was better *again*, and just couldn't convert their chances, had bad luck and got two really stupid goals against...

So it was MSV II 2:1 RWO on Friday, plus our young Nr.1 goalkeeper Niklas Hartmann got badly injured (he did not only hurt his knee with some ruptured ligaments, it was also reported that he collapsed and it seems it was a very grave situation. I really hope he will get okay very soon again). MSV II scored their first goal in the 45th minute when Patrick Nettekoven just got into the goal after Hartmann was transported to the hospital and of course he wasn't warmed up yet.

Just a reminder - at 20:15 GMT+2 you hopefully could get a look at my hometeam RWO for once (it's on German TV for sure, I'm just not certain about the availability of a stream). But don't expect football magic - RWO has the nickname "Die Malocher" (the workers) for a reason. It's more like perpetual suffering, but then, they *are* my hometown team and so they merit my support.

Oh, and our young goalie Niklas Hartmann has recovered from his collapse (see post above). Now they still need to determine the scope of his knee injury via MRI today, but it is already certain that he will need surgery and he'll be out for several months.

my ISP is on shit quality

Firstrow has it, too, btw

BTW, Niklas Hartmann has a ruptured three ligaments and both inner and outer meniscus in his knee and will be out for at least half a year 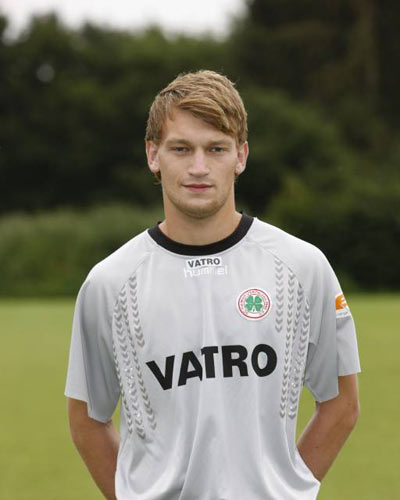 This is the GK who replaces Hartmann during his injury: Patrick Nettekoven: 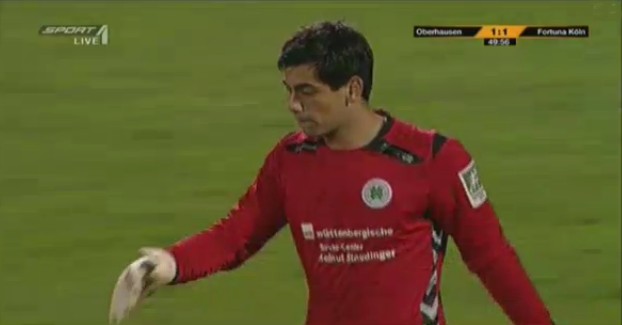 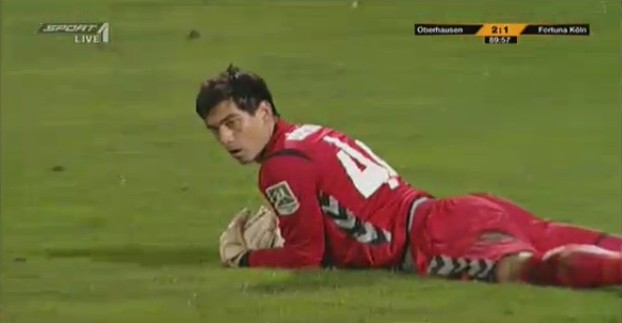 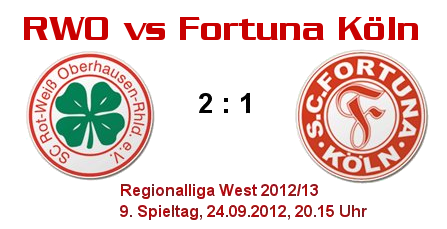 After we were 0:2 down, the team started to fight and in the end we were unlucky not to get the winning goal. Ah well. At least the boys showed spirit today!

so thats where your name comes from

So, to complete the report...

BTW, for some reason, RWO always needs a goal by the opponent first to wake up and then fight back.

I'd wish they could do it without a wake-up call, too...

Thanks! The table looks slightly more agreeable than during the end of Mario Basler's reign, too. (see 3rd post in this thread)